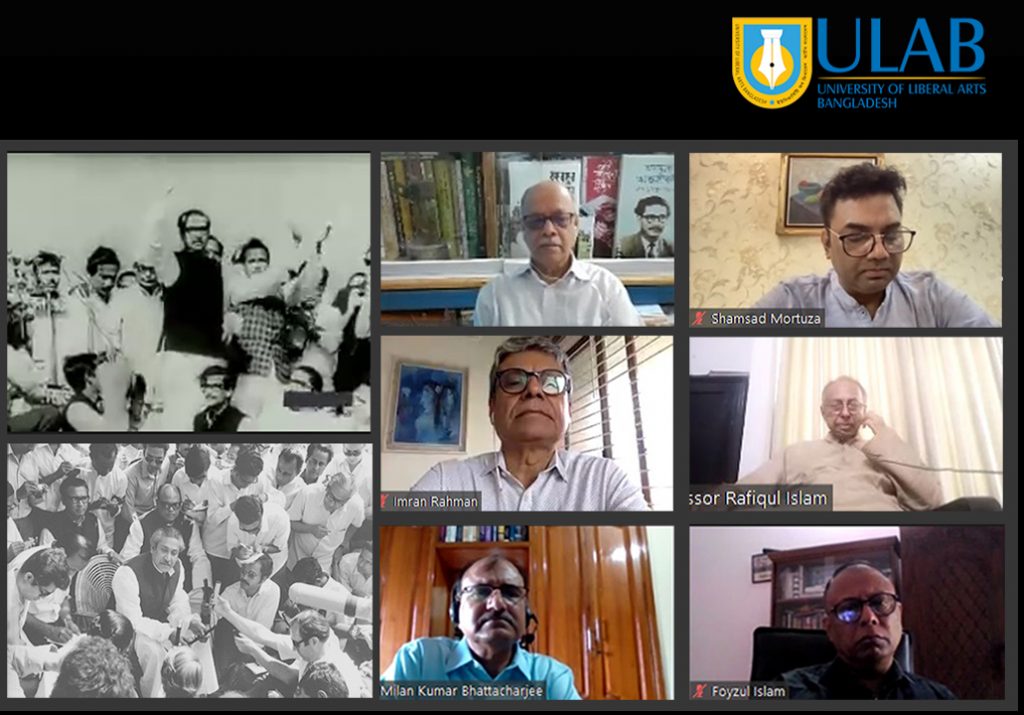 Emeritus Professor and Director of the ULAB’s Centre for Bangla Studies Dr. Rafiqul Islam in his opening speech said, Bangabandhu, who sacrificed his whole life for the country, had to give his life in return. There is nothing more heinous than this.”

Dr. Abdul Mannan, former Chairman of the University Grant Commission (UGC) of Bangladesh and Professor of the ULAB School of Business was the keynote speaker at the event. He commented, “It is not a new thing in the history of the world to overthrow a government through political assassination or terrorism, but it has never happened that the founder of a country, who is recognized as the father of the nation, will be assassinated in his own family by some people loyal to him. To murder the father of an independent country is to kill that country and its history, which was the ultimate target of the assassins of ’75.”

The closing speech of the program was presented by the ULAB’s Acting Vice-Chancellor Professor Dr. Shamsad Mortuza who commented that “Bangabandhu’s biggest weakness was that he believed in everyone. He was confident that these people would never harm him. But his unconditional trust cost him his own life.”