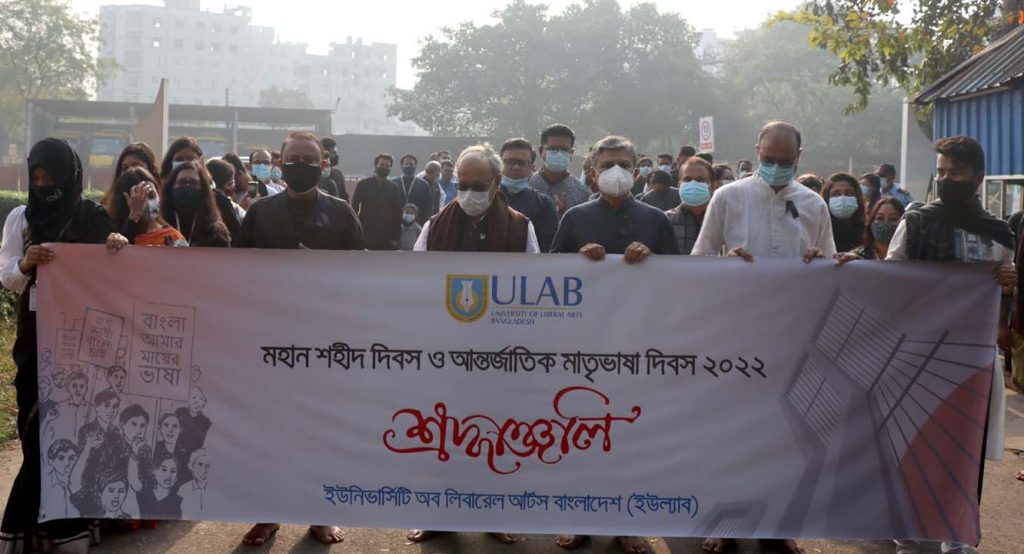 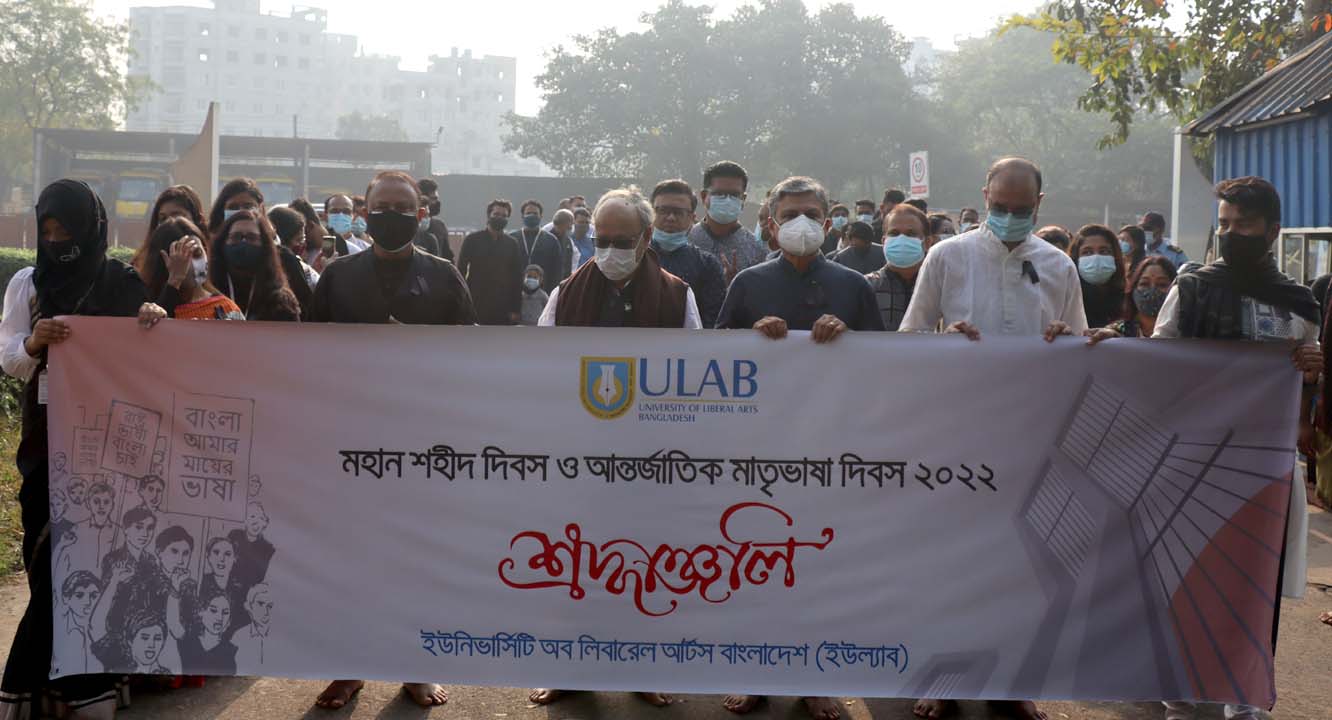 On the occasion of the great Martyrs’ Day and International Mother Language Day, a wreath was laid at the Shaheed Minar at the permanent campus of the University of Liberal Arts Bangladesh on the morning of 21st February. At this time a minute of silence was observed paying homage to the language martyrs.

The keynote speaker was Abdul Mannan, a renowned academician, former chairman of UGC and Professor of ULAB. In his speech, he highlighted the context of Bayanna’s language movement. He called upon the young generation to always strive to maintain the dignity of the Bengali language.

ULAB Vice-Chancellor Professor Imran Rahman said that almost all languages of the world have pure and regional forms like Bengali. Some languages are lost in different realities. Many anthropological languages of Bangladesh are being lost.

He emphasized the correct application of language in the official and other fields of the students and at the same time advised them to take care of their respective regional languages.

ULAB Treasurer, Registrar, Deans, Heads of Departments, Faculty Members, Administrative Officers and Students were present on the occasion among others.