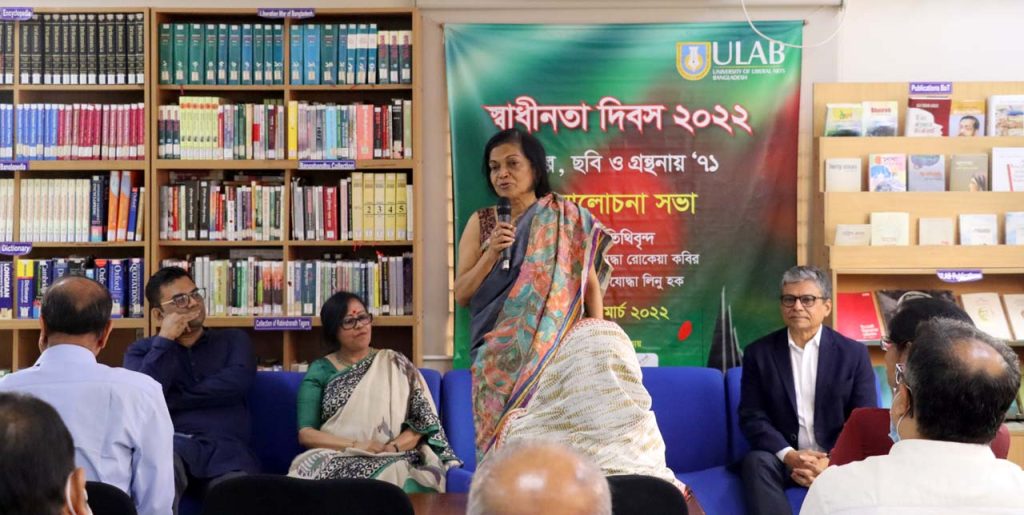 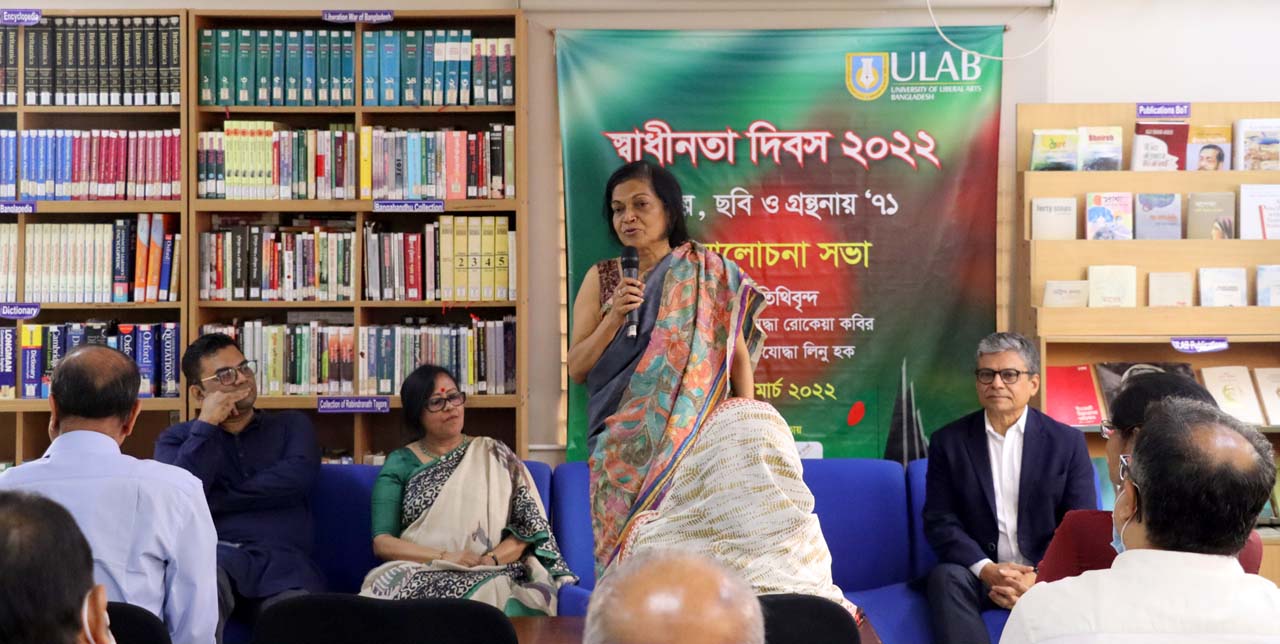 On the occasion of Independence Day and the National Day, the University of Liberal Arts Bangladesh (ULAB) organized a discussion meeting titled ` Golpo, Chhobi O Gronthonay ’71, and a two-day exhibition of books and photographs of the Liberation War.

The program began in the morning with the inauguration of the exhibition of books and photographs in the lobby of the university campus. This was followed by a discussion meeting at the ULAB Library commemorating the great freedom fighters.

Valiant women freedom fighters Rokeya Kabir and Linu Haque graced the occasion as the Guests of Honor. The ceremony began with a minute of silence in memory of the martyred freedom fighters. ULAB Vice-Chancellor Professor Imran Rahman gave a welcome speech.

Freedom fighter Linu Haque said, “Even though we are independent, the war of liberation which we fought in the belief of building Bangladesh, Bangladesh has not been established yet.” She told the students on purpose that the change we want must first be contained within ourselves. If you can change yourself, it will be possible to achieve the desired change.