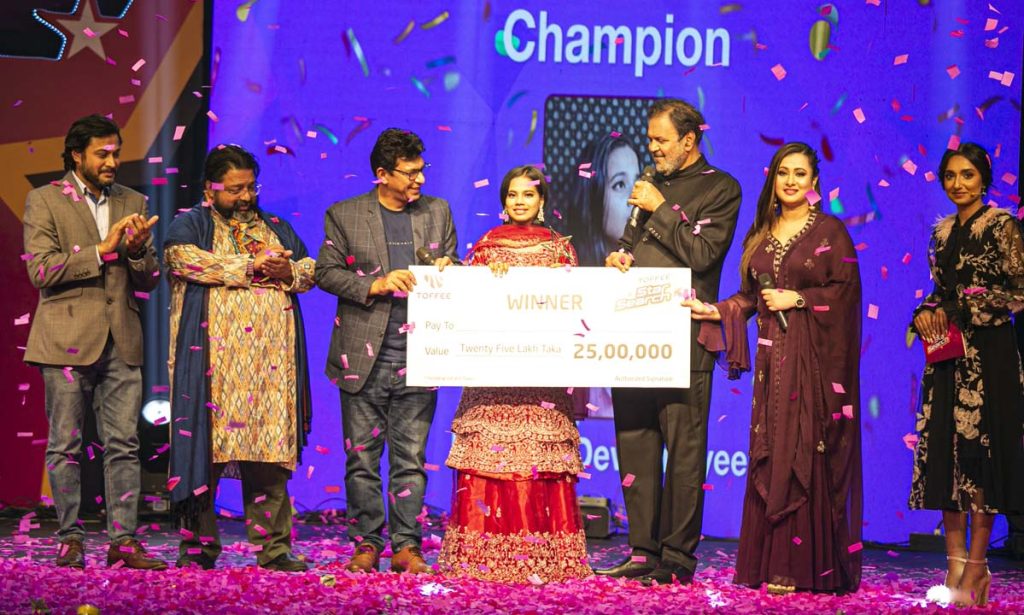 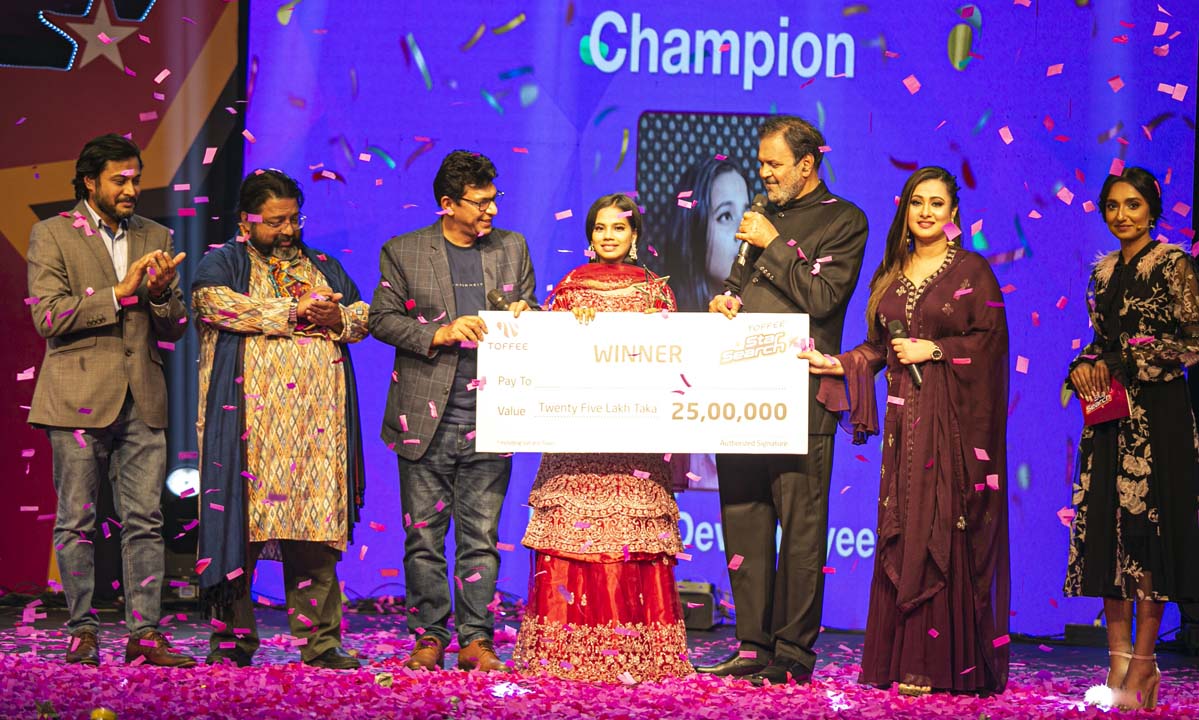 Mohima Dev Thrayee, a participant from the music category, was announced as the champion of the first season of Toffee Star Search. She was awarded a crest and prize money worth Tk 25 lac.

Eshan Dey and Sadman Khan, two other participants from the music category, were announced as the 1st runner-up and 2nd runner-up, respectively. They received crests and prize money worth Tk 15 lac and Tk 10 lac respectively. The 4th to 10th position holders received crests and prize money worth Tk three lacs each. Prize money for the top 10 participants includes cash and a contract deal with Toffee.

Participants ranked between 21st-30th, 11th-20th received a crest and prize money worth of Tk one lac and Tk two lac respectively. The combined prize pool for the top 30 participants is worth more than Tk one crore.

Renowned artists of the country and the main judges of the talent hunt – Tariq Anam Khan, Purnima and Chanchal Chowdhury – announced the names of the winners and presented crests and prize money.

Abdul Muqit Ahmed, Digital Services Director of Toffee, said, “Toffee Star Search aimed to find local and undiscovered talents from all over Bangladesh and give them a platform to nurture their passion. As the first Bangladeshi UGC platform, we are delighted to help them rise to fame through this initiative.”
Toffee Star Search started last November and invited talents from all over Bangladesh to submit their videos for participation. An overwhelming number of participants submitted their videos in categories including singing, dancing, acting and more.

The grand finale and other episodes of Toffee Star Search can be watched on the Toffee app.

Android and iOS users can download Toffee for free by visiting Google Play Store, App Store, or this website: https://toffeelive.com/