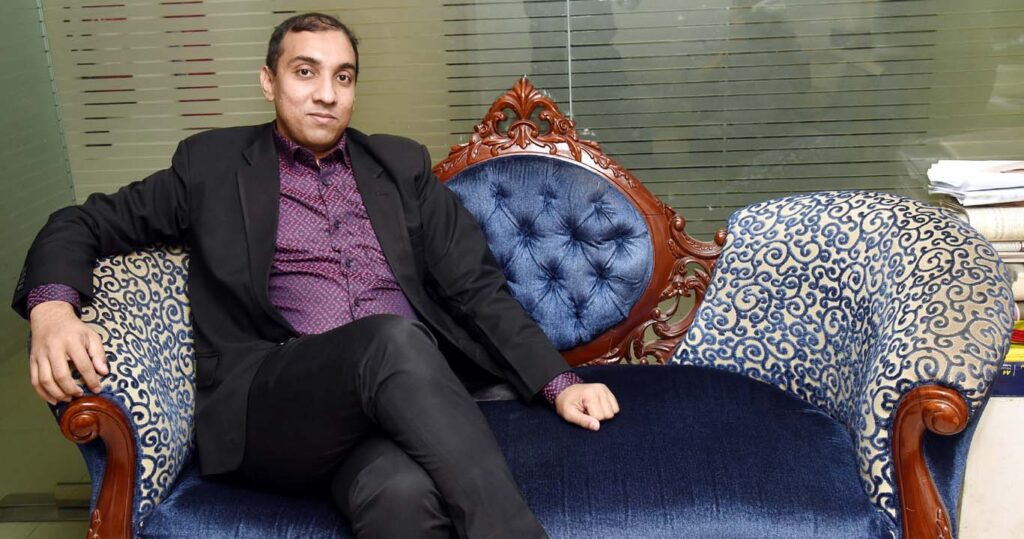 In her concluding remarks at the South Asia Speakers Conference on 31 January 2016, Hon’ble Prime Minister Sheikh Hasina announced to eradicate tobacco use from Bangladesh by 2040. The announcement was so timely and relevant that it was widely praised, including by all anti-tobacco organizations. The matter also sets a precedent in the history of the world. Because no government of any country has announced such a specific time frame for tobacco eradication before.

To this end, the government later included tobacco control in the Eighth Five-Year Plan. And so, the first way to ban tobacco is to reduce tobacco use among the public. Therefore, it is important to emphasize that tobacco and tobacco products are no longer readily available to them. Increasing the price of tobacco products, including cigarettes, by imposing a tax on tobacco can be considered an effective way. Because we know in the language of economics, the higher the price, the lower the demand. So, buying at a higher price will reduce the use of tobacco products, especially cigarettes. They have got good results by applying this method in other countries of the world as well. Then we should also walk that path.

According to the Global Adult Tobacco Survey (GATS), nearly half of all tobacco users die from tobacco use. Tobacco is one of the eight leading causes of preventable death worldwide. Tobacco users have a 57% higher risk of developing tobacco-related diseases such as heart disease, stroke, COPD or lung cancer, and a 109% higher risk of other tobacco-related cancers. That is why more than 1 lakh 61 thousand people die of tobacco related diseases every year in Bangladesh.

35% of adults use tobacco products. As a number which is more than three and a half crores. Again, minors between the ages of 13 and 15 do not shy away from using tobacco products. As a percentage, it is also about 6.9%. The number of people who do not smoke, but indirectly suffer from smoking, is higher than the total number of smokers overall. In terms of numbers, it is about 4 crore people, which is more than the direct smokers.

But we are not as concerned about it as we should be. Bigger than that, Bangladesh is one of the most tobacco consuming countries in the world. In this country the price of cigarettes is very low, bidis are cheaper. According to the Bangladesh Bureau of Statistics, the per capita national income (nominal) has increased by 25.4 percent in 2016-17 as compared to 2015-16. However, the price of most cigarettes has remained almost unchanged or has increased slightly. As a result, cigarettes are becoming more readily available. Therefore, it is important to increase the price of cigarettes through tax increases.

It is said that the government gets revenue of Tk 22,000 crore annually from tobacco companies. But the health damage of tobacco is above 30 thousand crore Taka per year.

Cigarettes are very cheap and readily available in the market as there is a multi-layered tax structure on cigarettes depending on the features and brands in Bangladesh. As a result, consumers are able to choose cheaper cigarettes instead of quitting, and the use of cigarettes has been relatively similar in recent years. The availability of tobacco products must be reduced through tax increases.

One of the steps taken by the Bangladesh government to protect public health is to control tobacco use by imposing taxes on tobacco products every year. On June 3, 2021, the Hon’ble Minister of Finance of the Government of Bangladesh presented the budget proposal for the next fiscal year 2021-22 in the Parliament. Although the Prime Minister has promised to build a tobacco-free Bangladesh by 2040, he has directed for a strong tobacco tariff policy, but the proposed budget does not reflect that directive, which is disappointing for the overall anti-tobacco community.

It is very disappointing that the proposed budget has kept the prices at the lower and middle levels unchanged and the prices at the higher and premium levels have increased very little. At higher and premium levels, the rate has been increased by Tk 5 and Tk 7 per 10 rods respectively. Which means that the price per stick has increased by 50 paise and 70 paisa respectively. This increase is disappointing considering the per capita income growth and inflation. This will not discourage consumers from smoking in any way.

Cigarette prices did not rise to lower and middle levels, but 72% of low-income consumers did not change their smoking habits, but their health risks increased. The younger generation who can start smoking at the same time cannot be discouraged from smoking. As always, multinational tobacco companies have the opportunity to benefit greatly from this year’s budget. Keeping the number of layers unchanged will leave the consumer the opportunity to change the cigarette layer.

The government will be deprived of additional revenue of Tk 3,400 crore as the supplementary tariff hike and non-imposition of a portion of the supplementary duty in the form of specific taxes as demanded by anti-tobacco activists. Tobacco companies, on the other hand, will see an increase in their revenue, which in turn will encourage them to engage in death marketing, which is very worrying.

There is no effective initiative in the proposed budget to discourage the use of bidis, which are harmful to public health. The government has not changed the price of bidi in this year’s proposed budget. As a result, the use of bidi will further increase among low and poor people who are the main consumers of bidi. This will have a detrimental effect on the health of the poor. On the other hand, it has been proposed to keep the supplementary duty on bidis at 30 percent for the sixth consecutive year, which is undoubtedly against public health.

What can be done?

Coronavirus infection has shown us the importance of taking precautionary measures to protect public health. However, despite the opportunity, effective tax and price hike measures have been ignored in the proposed budget to discourage the use of tobacco products. The most effective way to reduce tobacco use is to increase the price of tobacco products by raising taxes. High prices discourage young people from starting to use tobacco and encourage current users to quit.

According to the World Health Organization, smokers are more likely to be seriously ill with Covid-19 infection than non-smoke. Through taxes, the government had the opportunity to curb smoking. According to the proposal of the anti-tobacco organization, with the tobacco budget, the government will get additional revenue of Tk 3,400 crore. Otherwise, 3 crore 78 lakh adult tobacco users and 4 crore 10 lakh adult victims of secondhand smoke will face unprecedented health risks.

If the existing tax system is reformed as recommended in the 2021-22 financial year, usage will be reduced, lives will be saved and revenue will increase. In addition, cigarette use will decrease by 1% per year. About 1.1 million adult smokers will be encouraged to quit smoking and more than 8 million young people will be discouraged from starting smoking; In the long run, it will be possible to prevent the untimely death of 3 lakh 90 thousand current smokers and 4 lakh young people, additional revenue of Tk 3,400 crore will be earned from supplementary duty, health development surcharge and VAT over the financial year 2020-21. In addition, higher cigarette prices will encourage relatively low-income people to quit smoking, and higher cigarette prices will limit smokers’ ability to choose a cheaper brand, and increase the price of bidis and smokeless tobacco products. Will increase at a significant rate.

In addition, if we look at some more issues in tobacco control, it is possible to reduce tobacco use. These are: To reduce the easy availability of tobacco products, specific supplementary tariffs have to be increased regularly in line with inflation and income growth. To simplify the taxation process, the existing divisions between tobacco products need to be removed. All smokeless tobacco products should be brought under the net. Periodically market all tobacco products in equal quantity (number of rods and weight) in packets / boxes. To formulate and implement a simple and effective tobacco tax policy (for a period of 5 years) which will contribute to reduction of tobacco use and increase in revenue and reinstatement of 25 per cent export duty on tobacco products.

The proposed tax recommendations will accelerate economic development as well as make Bangladesh’s tobacco policy one of the best in the world. Bangladesh is committed to achieving the goal of tobacco control in the global action plan for sustainable development and non-communicable disease prevention and control. And to achieve this goal, raising taxes on tobacco products is a cost-effective measure. At the same time, raising taxes on tobacco products is one of the most effective ways to achieve the goal of building a tobacco-free Bangladesh by 2040.

The proposed tobacco tax reform will generate additional revenue, which will enable the government to finance the country’s health and development priorities. It is beneficial for both the government and the people.