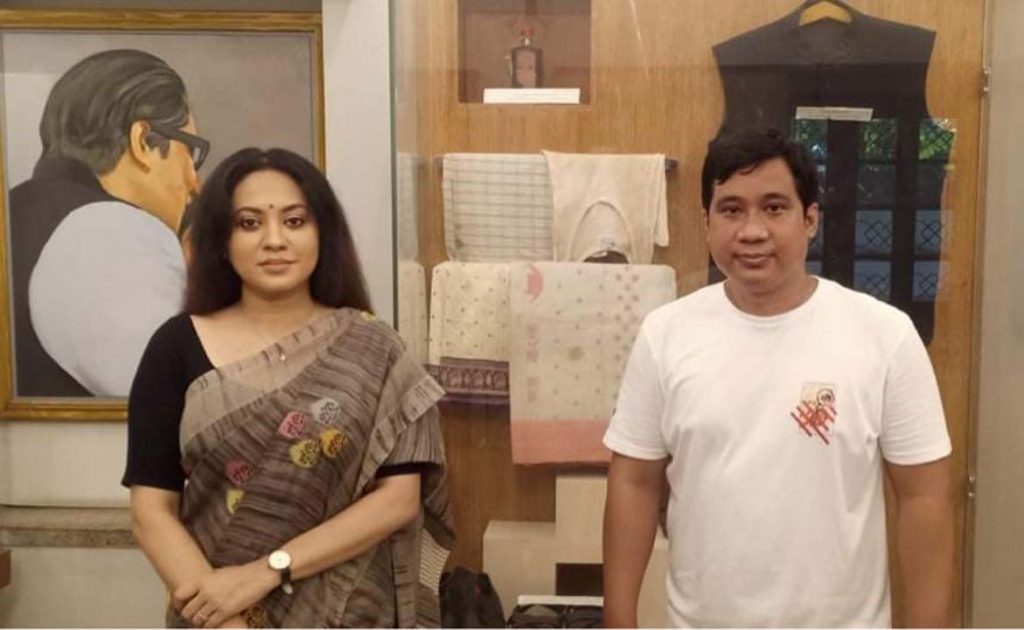 On the occasion of National Mourning Day, singer Nishita Barua recently sang a song titled ‘Raktamakha Shiri’ (Bloody Stairs) about Bangabandhu. The song is written by Sujan Hajong and the melody and music are arranged by Sumon Kalyan.
A musical docu-film is being made based on the song ‘Raktamakha Shiri’. Actress Tarin Jahan took part in the shooting on August 10. Actress Tarin Jahan has already completed shooting in several places of the capital including Dhanmondi Batrish, Swadhinata Museum, Jagannath Hall, Shikha Chirantan.
Tarin said Bangabandhu is the beacon of Bengali consciousness. I have tried to turn the grief of losing Bangabandhu into energy by taking part in this musical docu-film. Here I have tried to present the immortal being of Bangabandhu to the new generation.
Produced by lyricist Sujan Hajong, this musical documentary is scripted and directed by Sohail Rana Bayati. Filmed by Kamal Chandra Das.
Sujan Hajong said Tarin is a talented actress. I have selected Tarin as the actress in the song titled ‘Raktamakha Shiri’ written by me about Bangabandhu. Because of the heart-touching melody of the song and the extraordinary singing Ñ all in all, I think Tarin is the right person to present Bangabandhu to the new generation. I hope this talented actress will be able to skillfully present Dhanmondi Batrish or Bangabandhu Memorial Museum as a beacon of consciousness to the new generation.
The musical docu-film ‘Raktamakha Shiri’ will be released on lyricist Sujan Hajong’s YouTube channel on August 15, National Mourning Day.