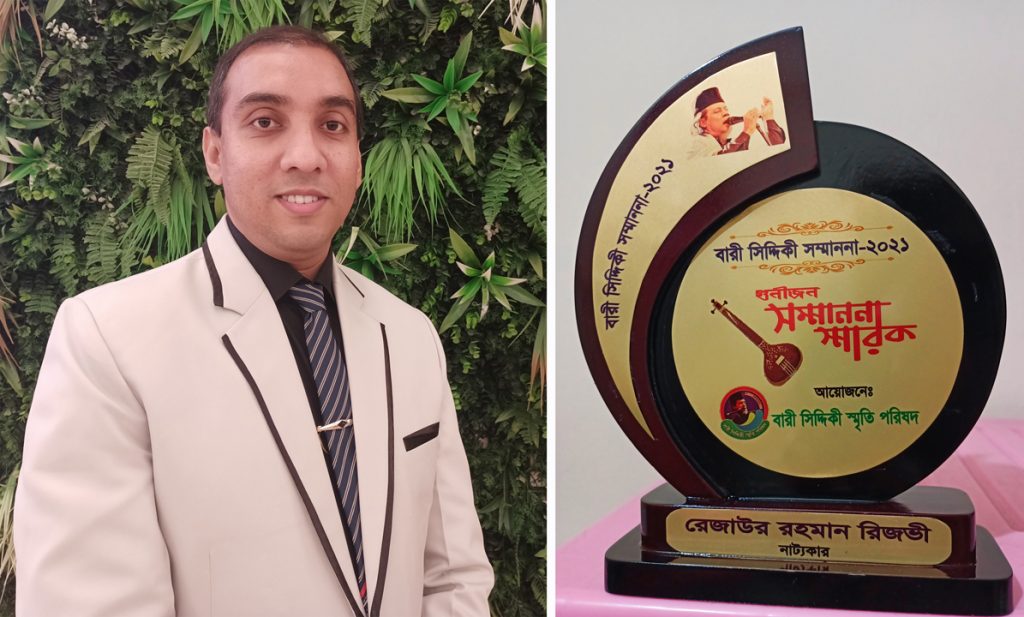 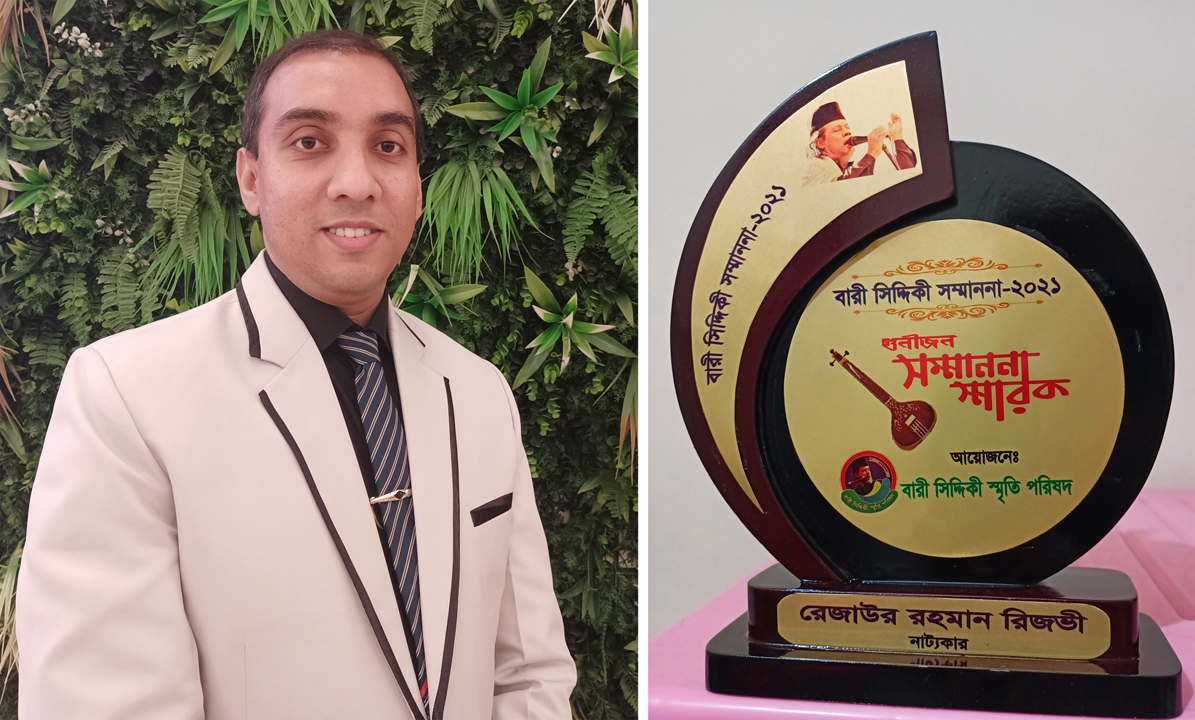 Popular writer and playwright Rezaur Rahman Rizvi received the ‘Bari Siddiqui Award-2021’ as a playwright. He was given the award at a function held in memory of late vocalist Bari Siddiqui at the Bangladesh Kachikanchar Mela auditorium in Segunbagicha, Dhaka on the night of November 28.

Rezaur Rahman Rizvi said, “I have been working in the media as a playwright for a long time. When an organization honors me as a playwright for the plays I have written during this long period, it inspires me to move forward. I would like to express my sincere gratitude and appreciation to Bari Siddiqui Smriti Parishad for honoring me. ‘

Incidentally, Rizvi started his career in the media in 2009 as a playwright by writing a teledrama ‘Shondeho’ directed by Salamuzzaman. Since then he has written regular serials and solo plays. At present, Rizvi’s serial drama ‘Natai Ghuri’ is being aired on Ekushey Television every Tuesday and Wednesday at 9.30 pm. Rizvi also said that he is currently busy writing several single and drama serials, which the audience will see next year.

Besides, two books written by Rezaur Rahman Rizvi on television drama have been published earlier in Ekushey Book Fair. These are ‘Tinti Television Natok’ (Doyel Publication-2019) and ‘Sesh Oddhai’ (Desh Publication-2020). Besides, he has been serving as the publicity and publication secretary of the Television Playwrights Association for the third time in a row since 2016.