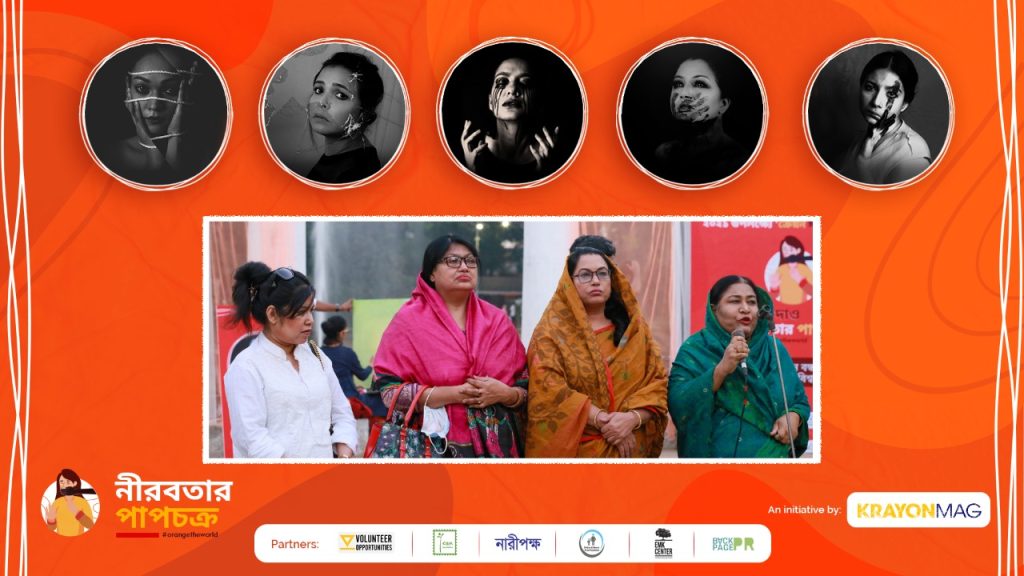 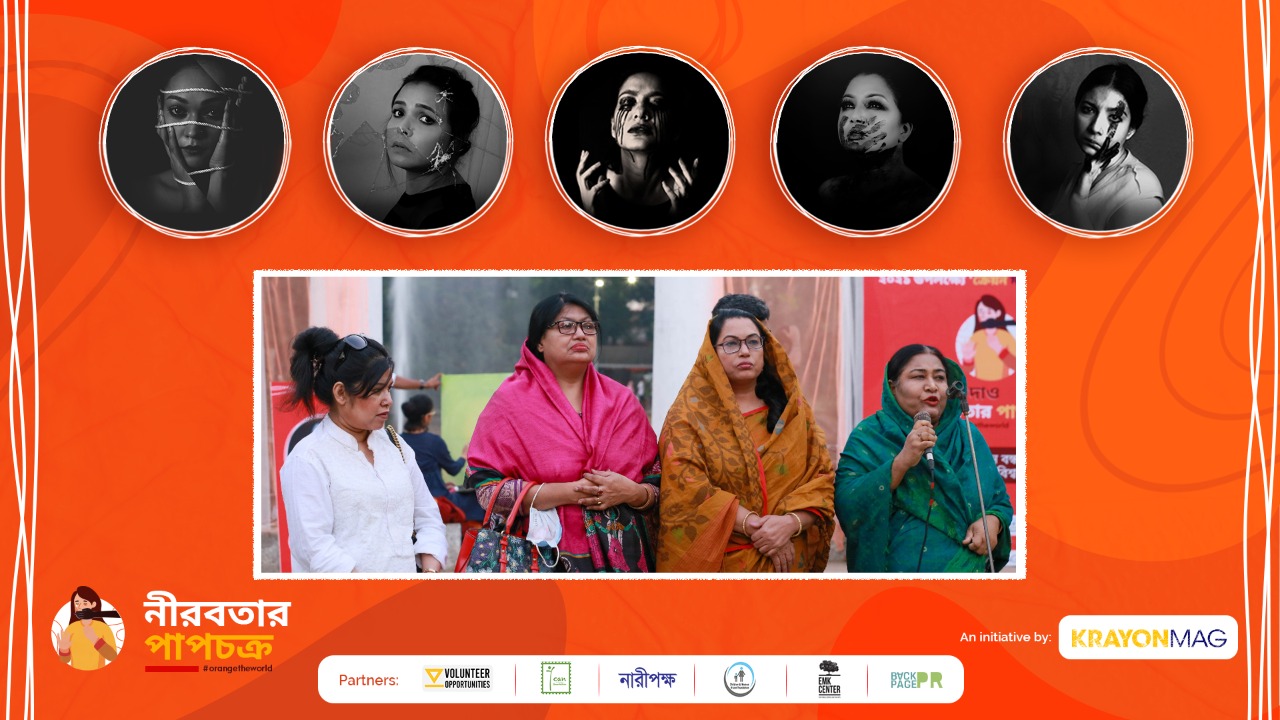 Dhaka, On the occasion of the International Day for the Elimination of Violence Against Women, the social platform Krayon Mag organized a cultural awareness program ‘Break the silence’ at Rabindra Sarobar in Dhanmondi, where both the political and cultural arena have expressed their determination to work together.

The campaign titled ‘Nirobotar Papchokro’ was launched on November 25th with a conceptual photoshoot to raise awareness on violence against women. Abhishek Bhattacharya directed the photoshoot, which included Meher Afaz Shaon, Azra Mahmood, Bulbul Tumpa, Irene Khan, and Sadia Roshni Soochana. The online photo and painting exhibition will run online till December 17th at the EMK Center.
The

“We must raise our voices at our respective levels to ensure dignity and fairness in society,” she said.

The assistant police commissioner of Dhanmondi zone Abdullah Al Mamun appreciated Krayon Mag for taking such initiative as part of the month-long campaign to raise awareness against violence against women in our society.

KrayonMag founder Tanziral Dilshad Ditan said the extent of violence is increasing in society amid the silence of women.

“Violence against women can be drastically reduced by creating social awareness, regardless of gender, and immediate protests in the workplace,” she said.

On the initiative of Krayon Mag, the campaign titled “Nirobotar Papchokro” started on November 25 covering various events including seminars and webinars. The campaign will end on December 17 creating social awareness on preventing violence against women.

At the start of the campaign, acting director of the EMK center Asif Uddin Ahmed, lawyer and Senior News Presenter Nehrin Mostafa participated in the webinar led by Irene Khan of the ICANN Foundation.