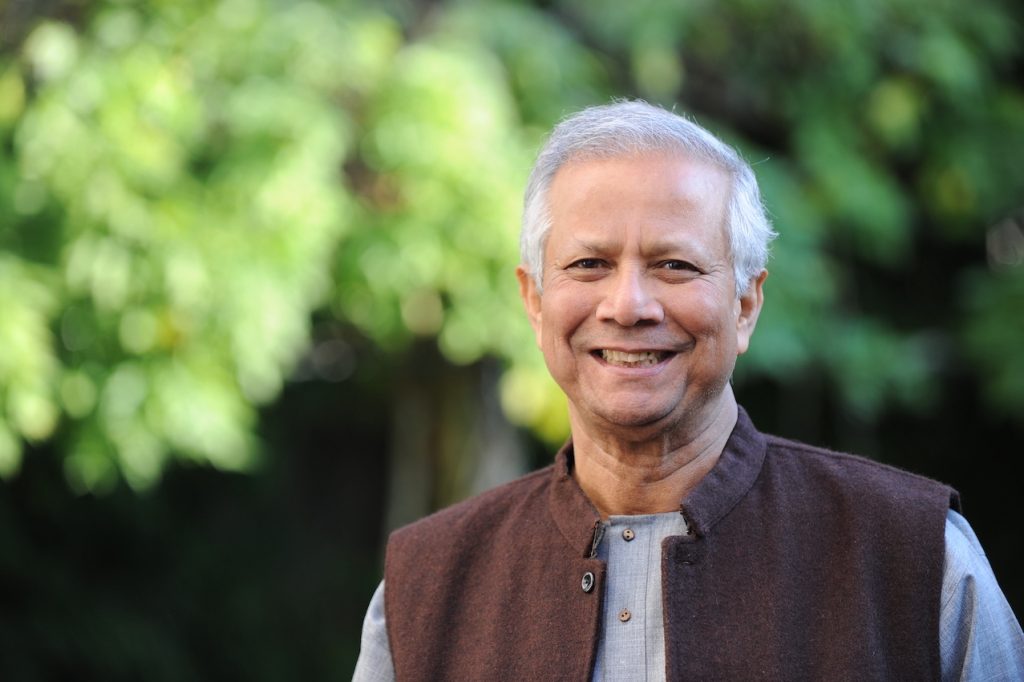 Professor Muhammad Yunus, Founder of the Grameen Bank and recipient of the 2006 Nobel Peace Prize, has long advocated for the world’s most significant institutions to solve human and environmental problems. As the pioneer of the global social business movement, Professor Yunus has spent the last 30 years working with social entrepreneurs all over the globe to build and grow enterprises that help others out of poverty and are not measured purely by profit.

Recognising the unique power of sport to galvanise the world, in 2018 Professor Yunus launched the Yunus Sport Hub; a social business itself. In 2021, he became only the second recipient of the Olympic Laurel, recognising his extensive work in sport for development with organisations including the International Olympic Committee and the Paris 2024 Organising Committee.

14 July, 2022 Professor Yunus was launched a long-term partnership with one of the world’s largest business platforms in the football industry – the World Football Summit – to help solve human and environmental problems via the world’s most popular sport. The World Football Summit regularly brings together the football industry’s leading stakeholders to spark discussion, generate knowledge and promote innovation to drive progress for the game and the industry. The partnership will begin at the 2022 World Football Summit event, on September 28th and 29th, in which Professor Yunus and the Yunus Sports Hub will participate in different activations, both before and during the summit.

“Football – as the world’s most popular sport – has a unique power to galvanise individuals. I truly believe that social business can be the most efficient tool to unleash this power, and that our partnership with the World Football Summit can be a platform for industry change.”

To launch the partnership and honour his commitment to building a better world, Professor Yunus has promised a pro-bono programme of entrepreneurship and social business for all athlete nominees of the Marcus Rashford Award at World Football Summit 2022. The Award, first announced in 2021 to reaffirm the legacy of Marcus Rashford MBE’s child food poverty campaigning, will this year be given to athletes and organizations who have used their profile to drive positive societal change.

“At Yunus Sports Hub, we see this partnership as a unique opportunity to promote the potential impact of joining the football industry with social business. Together we will create social solutions to human problems in and through sports.”

Being able to partner with an organization such as the Yunus Sports Hub, led by Professor Mohammad Yunus, a global figure I have personally admired for so many years, is an honour and a wonderful opportunity to give voice to those social entrepreneurs who are changing the world through sport in front of the main stakeholders in the football industry.