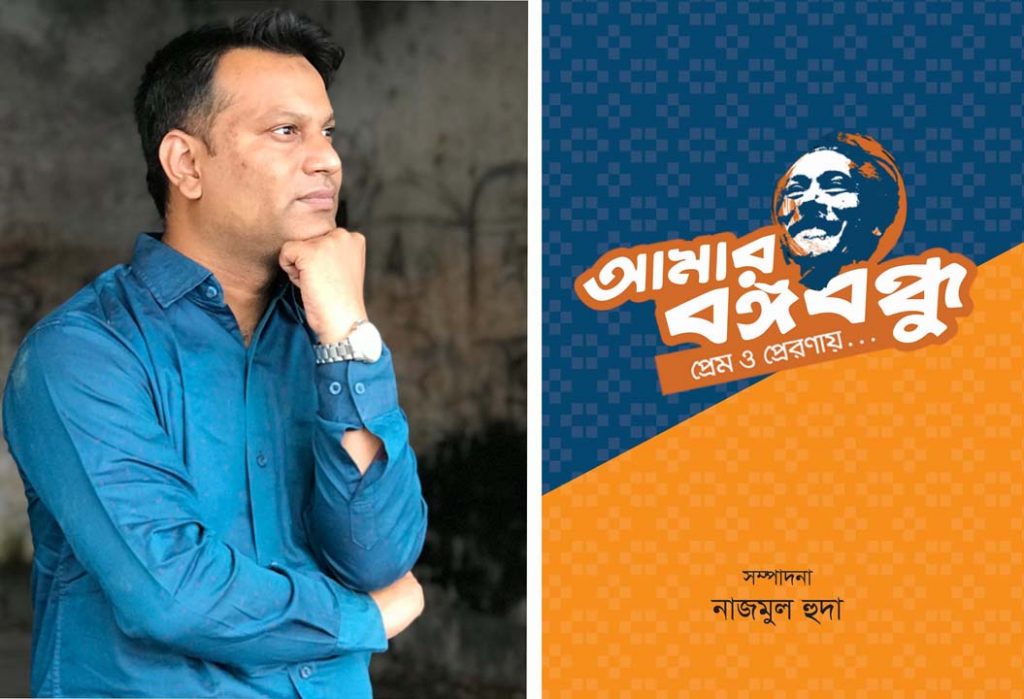 Poet, writer and organizer Nazmul Huda has edited the book ‘Amar Bangabandhu’ about Bangabandhu Sheikh Mujibur Rahman, the father of the Bengali nation. On the centenary of Bangabandhu’s birth and the golden jubilee of Bangladesh’s independence, he edited and covered a huge book with 100 writings by 100 authors.

The texts are featured by a number of young, school-college students. They are young in age. There is youth in their thoughts about Bangabandhu. It is very difficult to write anything about someone, especially a huge man-like Bangabandhu. He has done this hardest work only out of compassion and love. The fact that writing emanates from the power of the soul, from mortal life and from the ephemeral, can be understood only by reading the writings in the book. As there is construction in writing, so there is creation. There is imagination, there is endless following with imagination. Every writing in the book has become a Mujib. One is Bangladesh.

At the end of the book, 100 quotes of Bangabandhu have been attached and this has been done by the publisher Arif Nazrul himself. From the quotes, the reader can understand how meaningful and relevant the words are. In addition, 35 Bangabandhu’s eventful diaries with dates are given at the end of the book, which has given the book more status.
In the end, it can be said that by publishing such a book on the birth centenary of Bangabandhu, a place of affection and respect for Bangabandhu has been created. And it can be said emphatically that the new generation will be an outstanding successor of Bangabandhu. Bengali has published the 304-page book on the initiative of Swapnashilan. Cover by Rashed Hawladar. The price of the book is 1200 rupees.