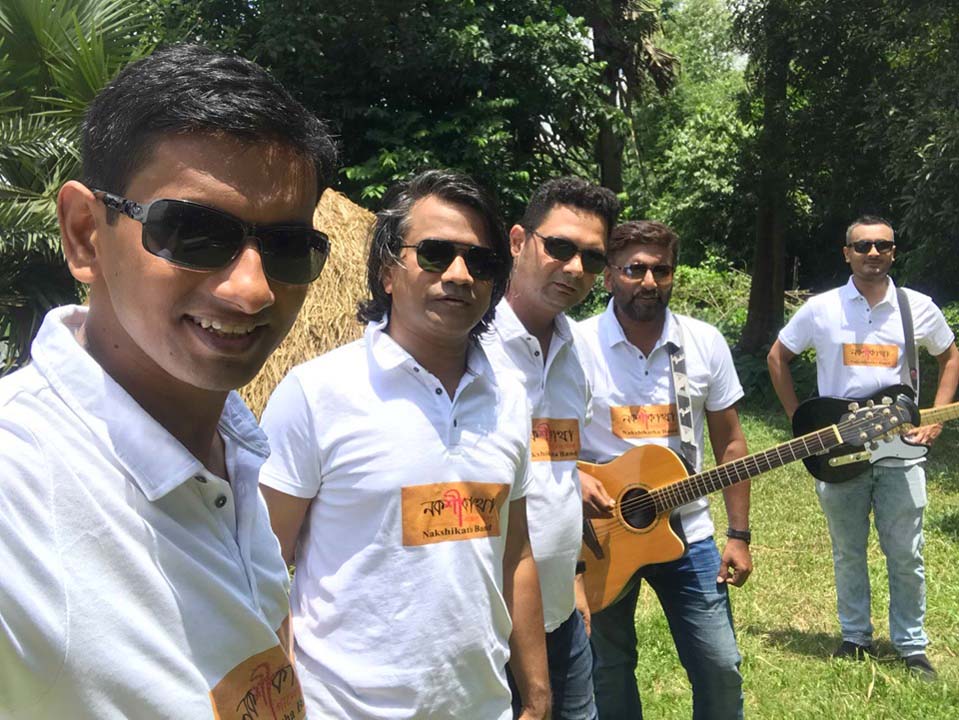 “The lyrics of the song refers to a lovely connection between Friends, “said Sajed Fatemi.”Our composition and singing has added a different dimension to the song; I believe the audience will like it a lot.”

Sajed Fatemi said, “Friends are the greatest gift of life. Sometimes, being with your best friend is all the therapy you need and to celebrate these friends who would always love you—the imperfect you, the confused you or the wrong you. He said, Friendship Day is celebrated across the world with great pomp and show. Our new song based on Friendship is nice and flowy, I hope that it will be able to create a special appeal to music lovers; I really enjoyed singing it.”

One of the most important member of Nakshikatha and renowned composer Romel Hasan has arranged the music for the song. The music video was released on the official YouTube channel of Nakshikatha on 31 July 2021.

Sajed Fatemi has been working for music industry since 2003, released eleven solo and mixed audio albums during his 18 years professional musical carrier. He formed Nakshikatha in 2007. Two Albums ‘Nojor Rakhis’ in 2008 and ‘Nakshikathar Gan’ in 2016 released. About 40 songs of Nakshikatha Band has been released in different occasion.

The band consists of Sajed Fatemi, the band leader on vocal and percussions, Bulbul on percussions, Sumon on acoustic guitar, rabab and dotara, Romel Hasan on accordion and melodica and Shams on bass guitar.

In 1930, Friendship Day was first organized by the founder of Hallmark Cards, Joyce Hall. He intended this day to be celebrated on first Sunday of August; a day when people would come together and celebrate their camaraderie.