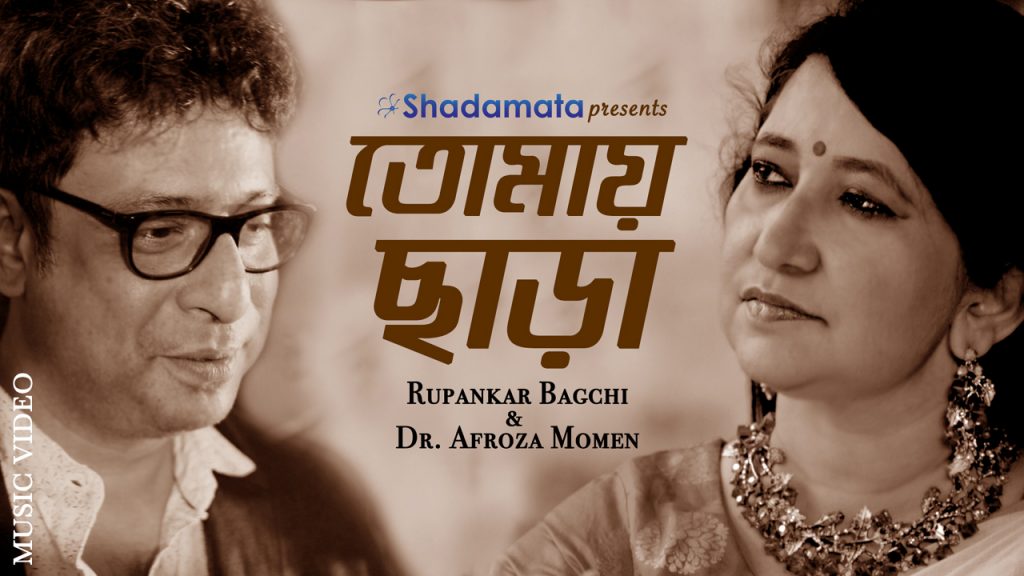 The video was shot in Kolkata, Gazipur and Cox’s Bazar. Rupankar Bagchi has the tune and music of the song with lyrics and video by Walid Ahmed. And the song under the banner of Sadamata Production along with the video was published on Sadamata YouTube channel at 12:01 pm on the first morning of Friends Day on August 1.

Regarding the song, Rupankar Bagchi said, “It is good to know that a song of my duet has been released in Bangladesh on the occasion of Friends Day. Hopefully, listeners will like the song.”

Singer Afroza Momen said, “As a family, we practiced singing at home. My parents loved music. My uncle was the director of Bangladesh Betar. All in all, I grew up in the middle of the song. This is my first song with Rupankar Bagchi from Kolkata. I am happy to work with a talented musician like him. I hope the audience will like the song. Besides, not to mention, he is a talented lyricist and producer Walid Ahmed. His role in coming to my media is undeniable. I am also very grateful to him.

Incidentally, despite being a doctor in her career, Afroza Momen has been practicing music for almost a decade. Several of her songs and music videos have already gained popularity. Although she likes classical songs, she also sings modern, Nazrul and folk songs. Soon some more songs of Dhaka-Kolkata will be released by this artist.