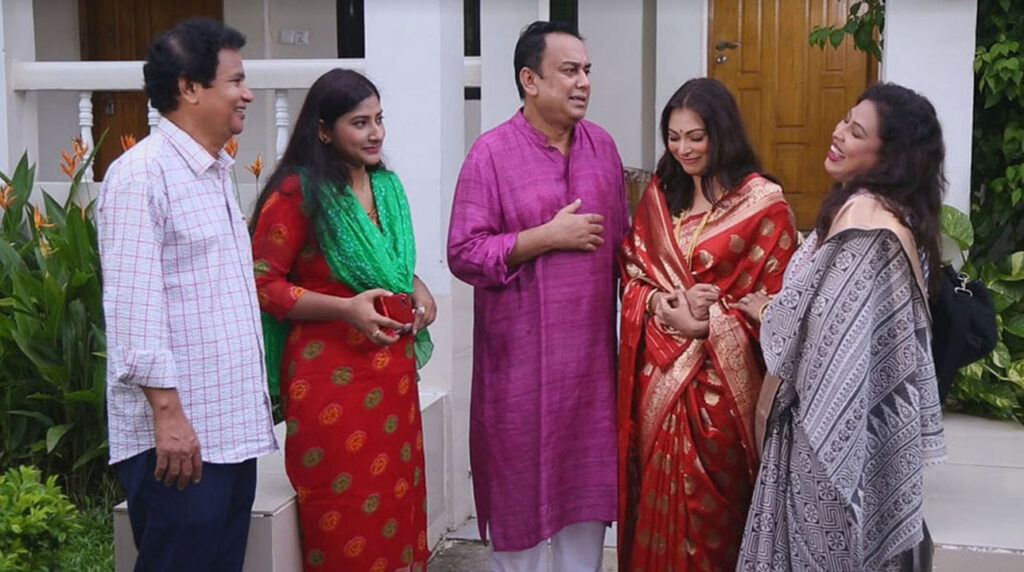 In the story of the play, an educated young man from Lavlu village can be seen. He is very popular on Facebook. The reason for his popularity is that he is always live on various issues of the village. He highlighted various problems including road problems, bridge culverts, illegal land grabbing, agriculture, fish farming, poultry rearing. As a result of his live performance, many problems are solved quickly. People also give him a lot of praise for this work. In the village, his name became Live Master Lavlu Bhai. Lavlu live from morning to evening. He does not keep any other news of the world.

Meanwhile, her only younger sister Lily is under a lot of tension with her. His brother’s marriage age is passing but he does not know about it. Beautiful educated girl from Munia village. Kajal, a rising leader from a nearby village, liked him. She also proposed marriage to Munia’s brother Saddam. But Munia does not like Kajal. Because even before this, he got married to one of his acquaintances and divorced her. She can’t marry a coward like him. But Kajal’s stubborn servant wants to marry Munia even if he insists. Munia’s brother Saddam could not help but be afraid. In this way, the story of the play goes on.