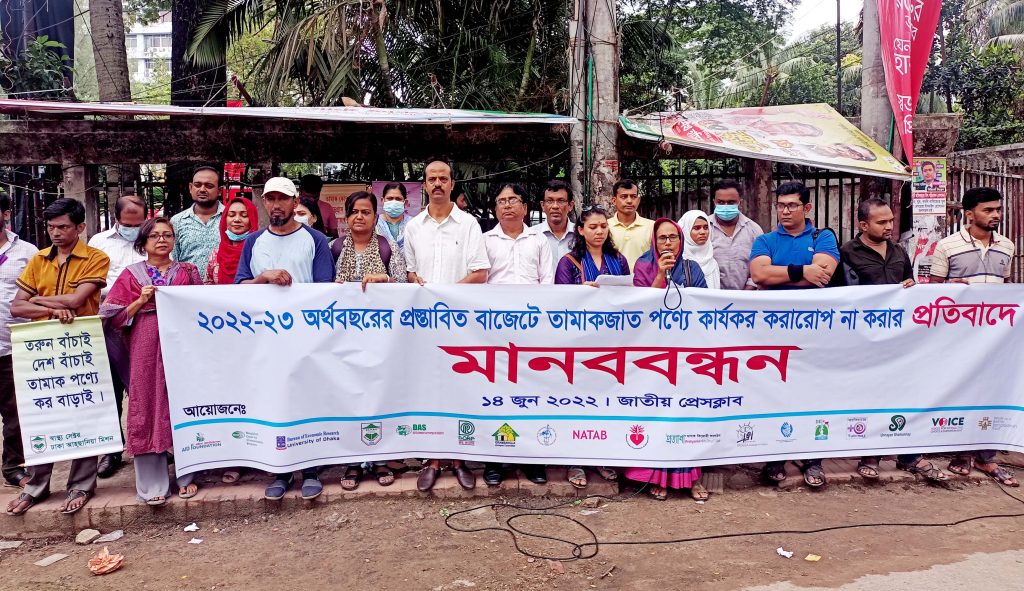 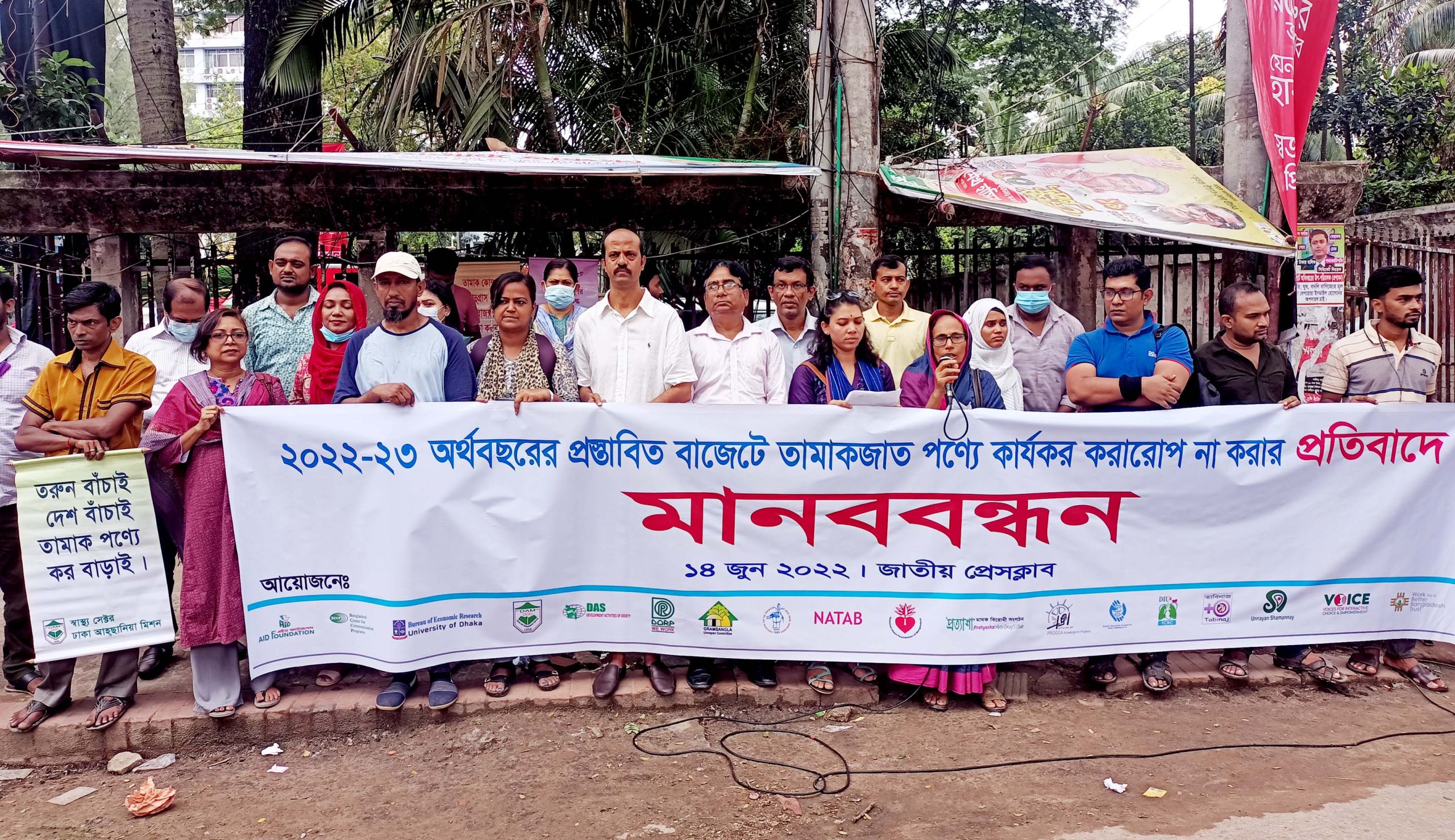 18 anti-tobacco organizations held a human chain in front of the National Press Club on Tuesday, June 14 at 11 am to protest against the non-imposition of an effective tax on tobacco products in the proposed budget for the fiscal year 2022-23. At the same time, participants called on the government to reconsider its proposed budget, demanding an increase in supplementary tariffs on all types of tobacco products, a specific tax, an increase in government revenue and protection of public health.

At present, 75 percent of the cigarette market is occupied by low-income groups whose main consumers are mainly poor and young people. The proposed budget ignores the health risks of this huge population. In the proposed budget, the price of cigarettes has gone up by only 2.56% (only 10 paisa per stick). On the other hand, the per capita, income growth rate is 10% and inflation is 5.6%. Therefore, considering the increase in per capita income and inflation, the real price of cigarettes has come down in comparison to last year. Despite being an effective and proven strategy to discourage the poor from smoking and to protect public health through proper tax and price increases, the proposed budget has failed miserably to achieve that goal, which is very much disappointing. This price move will not discourage the poor and young people from smoking in any way. Instead, they use of cheap cigarettes will increase at an alarming rate. And their health risks will increase manifold.

On the other hand, keeping the supplementary duty unchanged at 57 percent, only part of the increased price will go into the company’s pocket due to an increase in retail price. As a result, multinational tobacco companies have been given the opportunity to make huge profits in this year’s budget without any additional investment and production costs.

Therefore, for the re-consider of the proposed budget-FY 2022-23, some specific proposals to increase the tobacco tax and price were given in the human chain. These are-

It is said that if these proposals are implemented-
1. About 9 lakh youth will be prevented from using tobacco and about 4 lakh youth will be saved from pre-matured death. It will be very helpful to achieve a tobacco-free Bangladesh by 2040 as announced by the Hon’ble Prime Minister.
2. An additional revenue of Tk 9,200 crore can be collected. Achieving SDG’s target of 3.4 – To reduce non-communicable disease deaths by one-third by 2030, this additional revenue can be spent.
3. Increasing the price of low-tier cigarettes could protect low-income cigarette users. About 21% of their income is spent on tobacco products. If this money is spent on education instead of tobacco products, it will be possible to increase the total cost of education for their children by 11%.