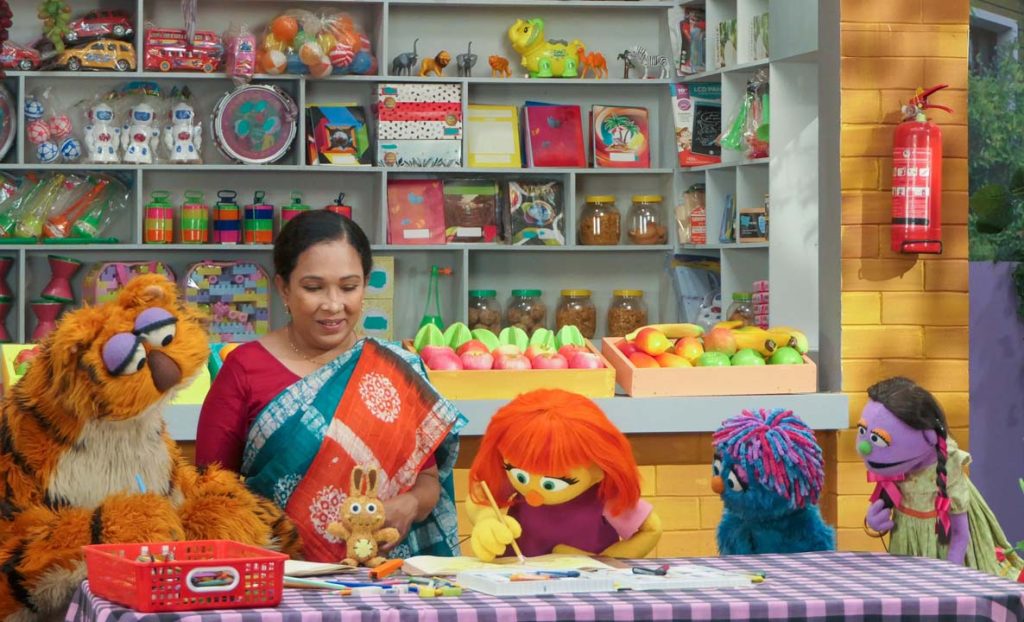 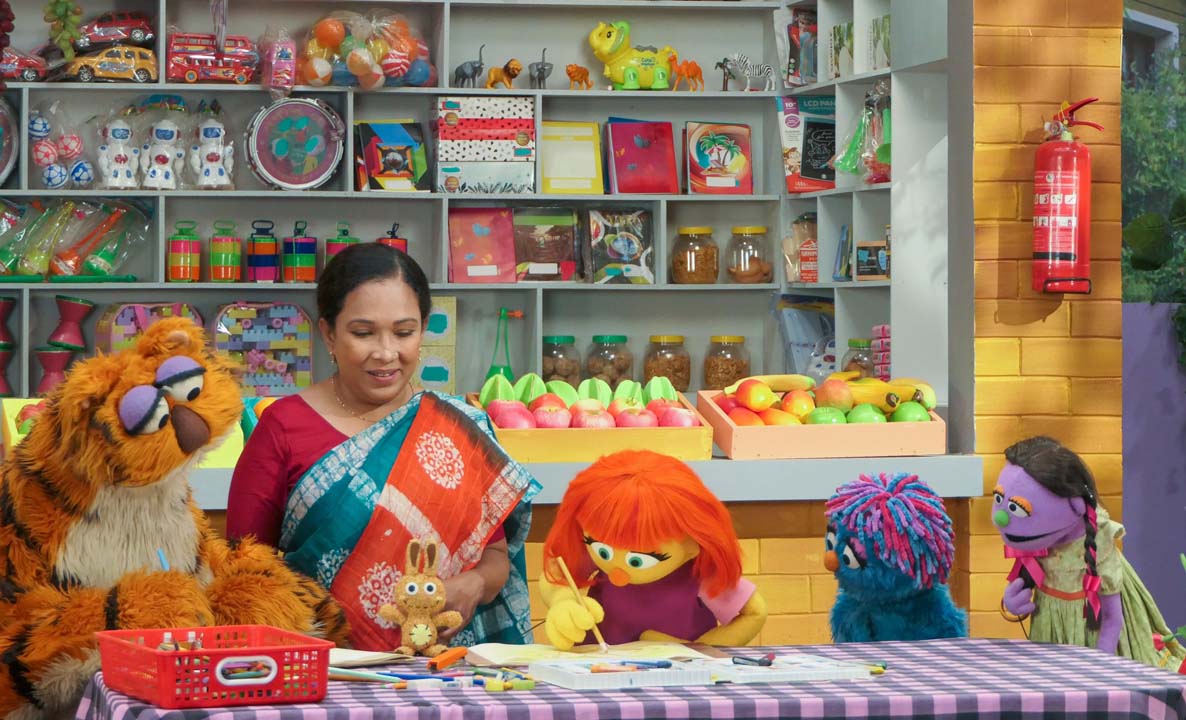 Filming of children’s favorite program Sisimpur’s new season, the season 15, has started on a set in the Bangladesh Film Development Corporation (BFDC) of the capital on 12th June (Sunday). Producer of Sisimpur, the Sesame Workshop Bangladesh, will produce 26 episodes under this new season.
From a source of Sisimpur it is learned that Halum, Tuktuki, Ikri and Shiku will appear in this season with all ‘fun and learn’ stories. Also, there will be human cast Asha, Guni Moyra (Brilliant confectioner) and other regular characters of Sisimpur along with the Muppets. Moreover, there are lots of surprises waiting for the friends of Sisimpur this season. A new Muppet friend is joining Sisimpur from this season.
The new season’s episodes are designed to emphasize equal opportunity and participation of all children. There will be many different segments highlighting language, alphabet, mathematics, and social and group relations. In addition, control over emotion and self-care, imagination and overcoming obstacles and gender discrimination will come up in many episodes of season 15. This is the first time in Sisimpur, that an important issue of autism spectrum disorder will be addressed this season.
In this inaugural session of the filming, alongside the popular faces of Sisimpur, the Member (primary curriculum) of the National Curriculum and Textbook Board (NCTB) Prof. Dr. A K M Reazul Hassan, Director (Training) of the Directorate of Primary Education Dr. Uttam Kumar Das were present as the guest of honor. The Director of USAID’s Education Office Sonjai Reynolds Cooper and the Education Adviser Sudeb Kumar Biswas were also present in this session. Along with the above important guests the Senior Vice President, Vice President, and Director of the International Social Impact Department of Sesame Workshop New York respectively John Jepsen, Danny Labin, Teresa Wolverton and the Managing Director of Sesame Workshop Bangladesh Mohammad Shah Alam were present too.
Sesame Workshop Bangladesh operates all its activities in partnership with the government, corporates, philanthropic donors and NGOs. In the last 17 years, Sisimpur collaborated with the Government of Bangladesh through the Ministry of Women and Children Affairs, Ministry of Primary and Mass Education, Ministry of Culture, Ministry of Information etc. Sisimpur started its journey through generous funding provided by USAID and the support from USAID is persisted till today.
Sisimpur is the Bangladeshi adaptation of the world-renowned early childhood education brand ‘Sesame Street’ produced by Sesame Workshop. In Bangladesh, Sesame Workshop produces diverse content including TV Series, Digital content and Print Materials including storybooks, puzzles, games etc. and distributes through different TV channels, digital platforms including Facebook, YouTube, and the dedicated App of Sisimpur and through schools and community initiatives.