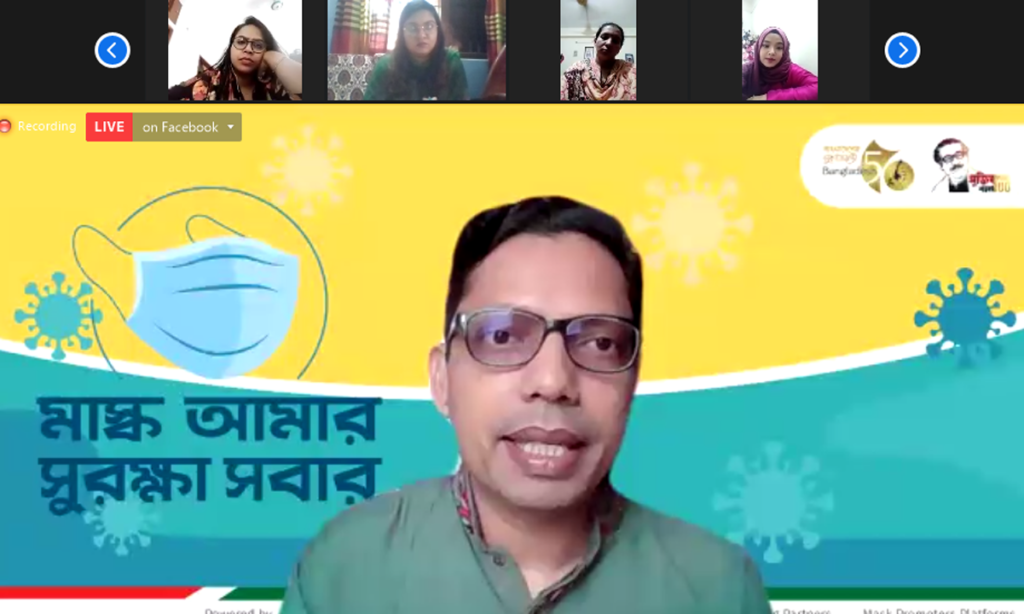 State Minister for Information and Communication Technology Junaid Ahmed Palak said that in order to make the country self-reliant, the ICT department is creating its own alternative social media platform “Jogajog” as an alternative to Facebook. Through this, the entrepreneurs of the country will be able to create their own online marketplace and group for information, data and communication. Entrepreneurs do not have to depend on foreigners.

The state minister made the remarks while addressing the inaugural function of “Entrepreneurship Masterclass Series 2” organized by Women e-Commerce (WE) here on July 24.

Palak added that the ICT department has already developed an alternative “Boithok” online platform called Zoom Online and a vaccine management system “Surokkha” apps to prevent corona. A platform called “Alapan” is also being developed as an alternative to WhatsApp for its own communication. He elaborated on the activities of creating various digital platforms on their own initiative, including streaming platforms. Women e-commerce will benefit from using this platform, he said.

Mentioning that the Digital E-Commerce Policy has been formulated in 2016, the Minister said that the government is providing various assistance including policy to the youth in any new innovation to create millions of entrepreneurs in the country.

“Our goal is to create 20 lakh jobs in the ICT sector by 2021,” he said. He further said that e-commerce, hardware, software and BPO sectors will be able to meet the target of more than 20 lakh jobs by 2021. In addition, it will be possible to earn 5 billion US dollars by 2025.

He said the first challenge to becoming an entrepreneur is to have the courage to take risks. She called upon women entrepreneurs to engage themselves in innovation with honesty, dedication and transparency.