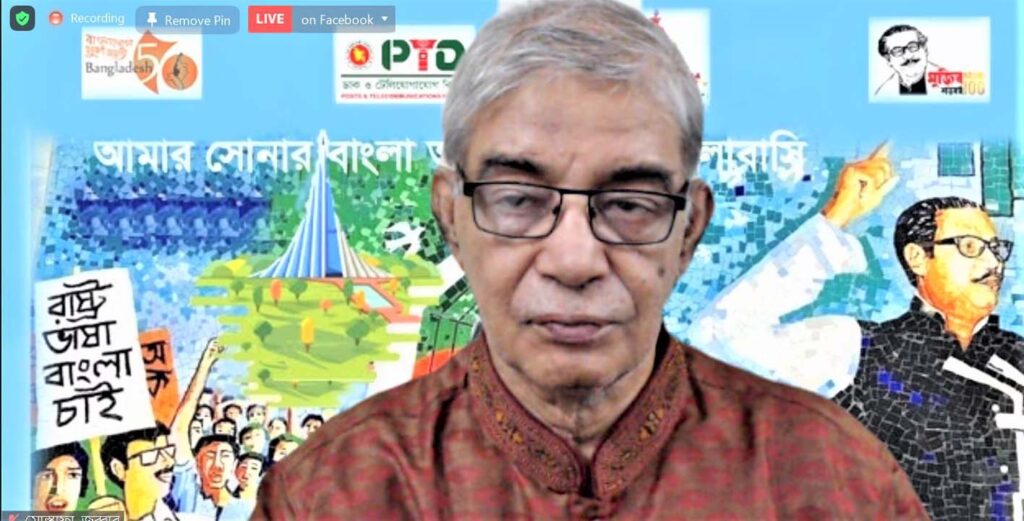 Posts and Telecommunications Minister Mustafa Jabbar said there is no alternative to acquiring digital skills to meet the challenges of tomorrow’s digital technology, including artificial intelligence, robotics and IoT. Digital connectivity is the vehicle for the development of the next civilization. He called on the government as well as Rotarians to come forward to build a digital skills movement to build a new generation as a tool for building a knowledge-based digital society.

The Minister made the call to the Rotarians in his keynote address at a virtual function organized by the Rotary Club of Anand Dhara in Dhaka on the night of July 24 to mark the 7th Chartered Day in Dhaka.

The Minister of Posts and Telecommunications described the humanitarian work of Rotarians as a great work and said that service is the religion of humanity. There can be no more peace than service. Changing the lives of helpless people through services is a very important and great task in the current situation. Prime Minister Sheikh Hasina is working to build a better Bangladesh by establishing a knowledge-based digital equality society by 2041. He is also moving forward with the vision of what will happen to Bangladesh in 2061 and 2100. It cannot be implemented unless the future generation is made capable.

Despite standing on the ruins of the Bangabandhu war, Mustafa Jabbar mentioned that he has sown the seeds of digital Bangladesh by setting up a ground satellite station in Betbunia, forming a T&T board, connecting Bangladesh to the international telecom world by gaining membership of ITU and UPU. He said that with the visionary leadership of Prime Minister Sheikh Hasina, Digital Bangladesh has become a reality today. He said that despite missing three industrial revolutions of the past, Bangladesh has qualified for the leadership of the fourth industrial revolution.