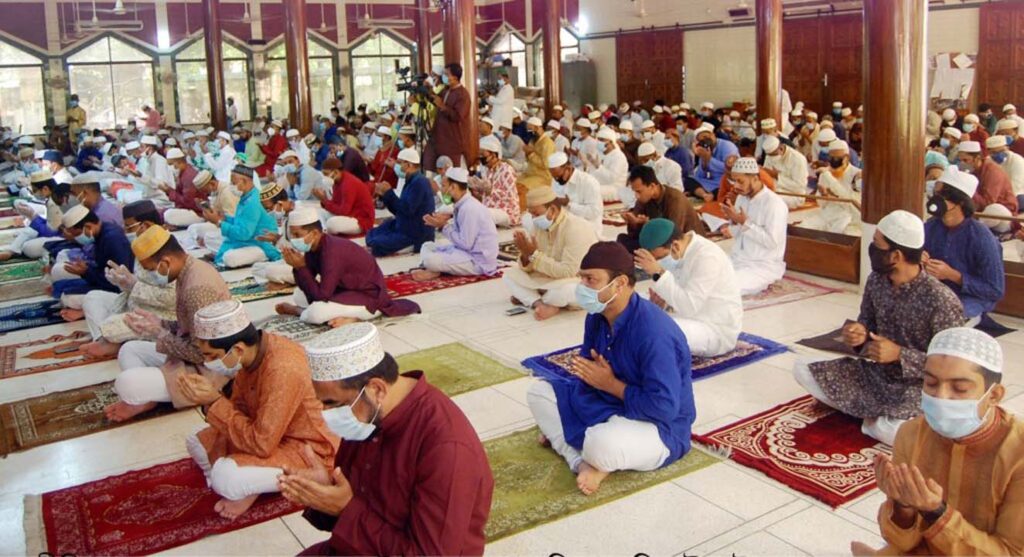 The holy Eid-ul-Adha was celebrated across the country on July 21 with due religious solemnity. The main Eid Jamaat was held at Baitul Mukarram Mosque in Dhaka on this day. Besides, Eid prayers have been held locally in every mosque and many Eidgah of the country. At the end of the prayers, prayers are offered in the court of Allah for the welfare of the country and the nation and for protection from the outbreak of Corona virus.

At the end of the prayers, the worshipers who bought the animals for sacrifice became busy with the sacrifice. The butcher crisis is seen in many parts of the city as many animals are sacrificed at the same time. For this reason, many people have been seen sacrificing animals even after noon.

However, a heavy rain from noon on the day of Eid and heavy rain at night has acted as a regulator to clean up the waste.

Everyone was seen to be busy with the distribution of meat among relatives, neighbors and the poor through animal sacrifices. Many people have been seen leaving Dhaka and returning to Dhaka today due to two weeks of severe lockdown across the country from tomorrow 23rd July.

As the factories and garments are closed till August 5, the long-term holiday mood is working among many. That is why many people are going to their relatives’ houses today. However, the outbreak of corona has not stopped. The death toll in Corona has been breaking records since the beginning of this month. That is why the concerned people including the government have been telling the common people to move without masks and maintain social distance from the very beginning. However, there has been a widespread lack of awareness among the general public.