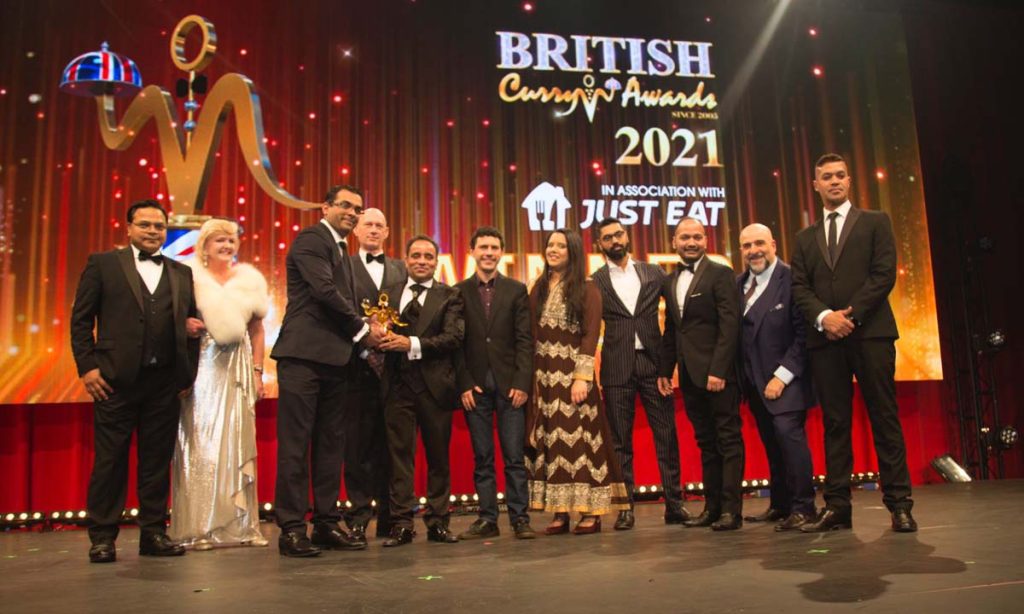 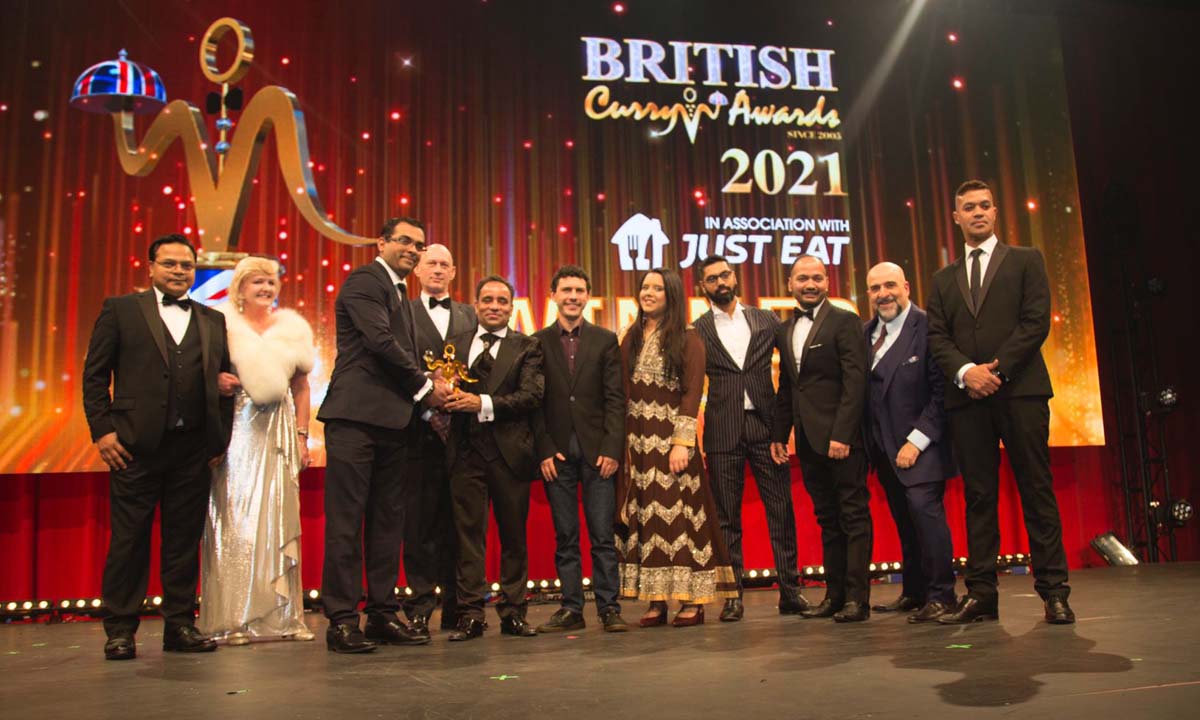 British Prime Minister Boris Johnson looked elated as he welcomed all to this year’s 17th British Curry Awards, known as the Oscars for the global curry industry, held at the Battersea Evolution Center in London on Monday last. On this star-studded event organized by the British-Bangladeshi entrepreneur Enam Ali MBE in association with Just Eat, Boris Johnson In a video message said, the global recognition of those talented people of the curry industry is truly mind-blowing. Even more gratifying is the fact that in the last two years, in the midst of the most difficult days of the nation, these people selflessly and persistently provided foods to our NHS and to people from door to door saving millions of invaluable lives.

Welcoming all corners to the gala event that two decades back actually began in the hands of some notable British-Bangladeshi entrepreneurs, who do control the best part of the British curry industry, and has today become one of the national festivals in Britain, the British Prime Minister expressed his heartfelt thanks and felicitations to all the restaurateurs, chefs and waiters working for the industry.

The organizers of the festival dedicated the entire festival to the memory of the pioneers, businessmen and workers of the British curry industry who lost their lives during the difficult Covid-19 pandemic in the last and a half years. Notably, more than 90 percent of the British curry industry, else known as the Asian and Indian curry industry spread across the UK, was created by Bangladeshi entrepreneurs. However, although Bangladeshi restaurants won most of the awards in the previous year, this year did not favor them. Out of 12 categories, they bagged 4 this year, while 2 went to Pakistani and the rest by the Indians.

Enam Ali, MBE, founder of British Curry Awards, the leading spokesperson for the British Curry industry for over 45 years, specially thanked the government for addressing the chef-deficit in industry and said, coming out of the lockdown days, we can see a huge turn around for the restaurants and the connoisseurs implying an imminent wake-up. We have received unprecedented customer support during this transition. It’s a good come back but we are also prepared for any hard days in the future.

Andrew Kenny, UK Managing Director of Just Eat says it’s a great honor to once again be sponsoring the British Curry Awards. Despite the many obstacles faced, restaurants have risen to the occasion and delivered customers a taste of normality when they needed it the most. We want to ensure we don’t just survive, but thrive, in today’s challenging economic climate.