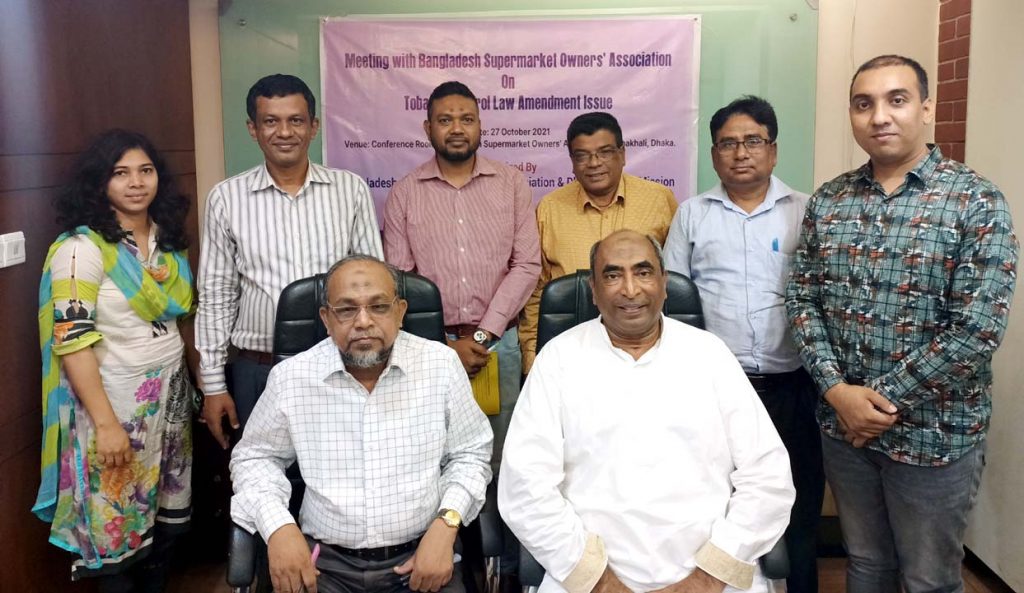 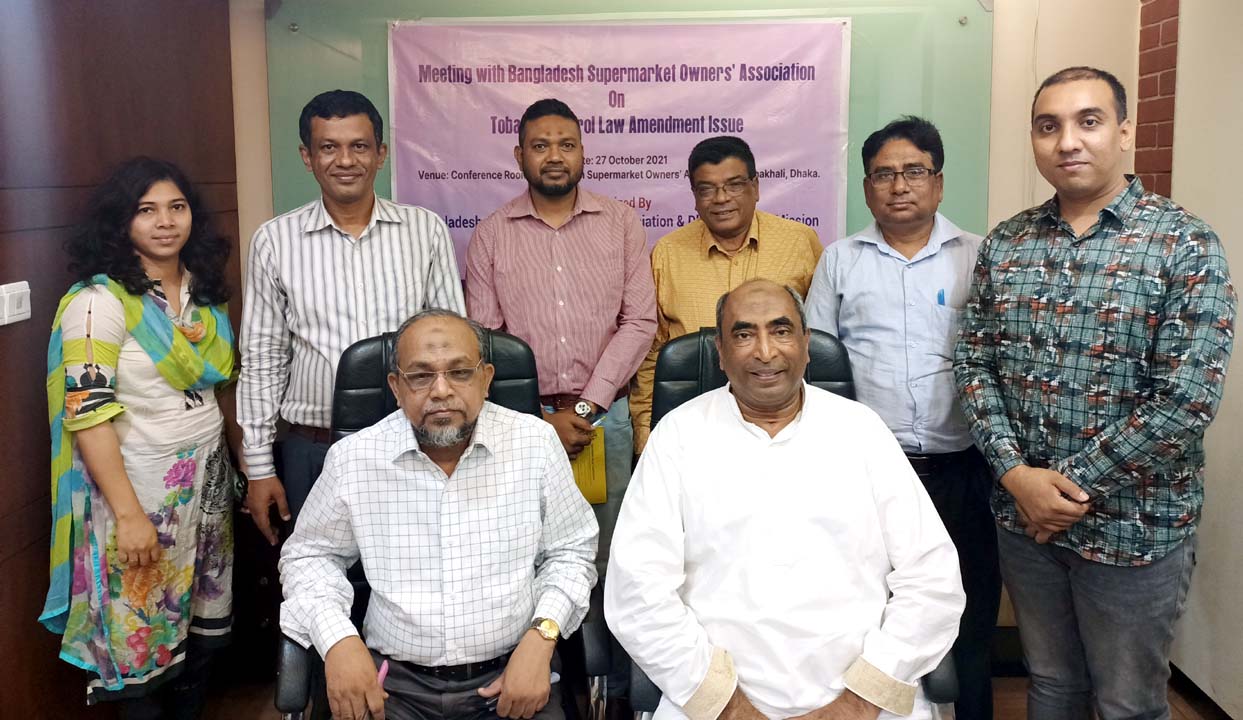 Despite the current ‘Smoking and Tobacco Products Usage (Control) Act, 2005’ prohibiting the advertisement and promotion of tobacco products, there is no specific prohibition on the display of tobacco products in point of sales (POS). By misusing this loophole of the act, the tobacco companies are promoting and expanding tobacco products through product displays in the sales centers. That is why the leaders of the Bangladesh Supermarket Owners’ Association (BSOA) demand amendment of the existing tobacco control (TC) law.  They made the demand at a joint exchange meeting of the Dhaka Ahsania Mission with the leaders of the association on October 27, 2021, at Mohakhali, Dhaka.

At the meeting, Niaz Rahim, Chief Advisor and former President of Bangladesh Supermarket Owners’ Association said, we are agreed with Prime Minister Sheikh Hasina’s vision to build a tobacco-free nation by 2040. We also think that current laws should be amended to ban the display of tobacco products to protect the next generation. In addition, we will call on all to ensure the proper implementation of that law.

General Secretary of Bangladesh Supermarket Owners’ Association Zakir Hossain said that since the harm of tobacco is universally recognized in all countries, it needs to be controlled. I demand the government to stop the display and retail sale of tobacco products in supermarkets through law amendments to build a tobacco-free Bangladesh by 2040 announced by Prime Minister Sheikh Hasina.

He thanked the Dhaka Ahsania Mission for their anti-tobacco activities.#