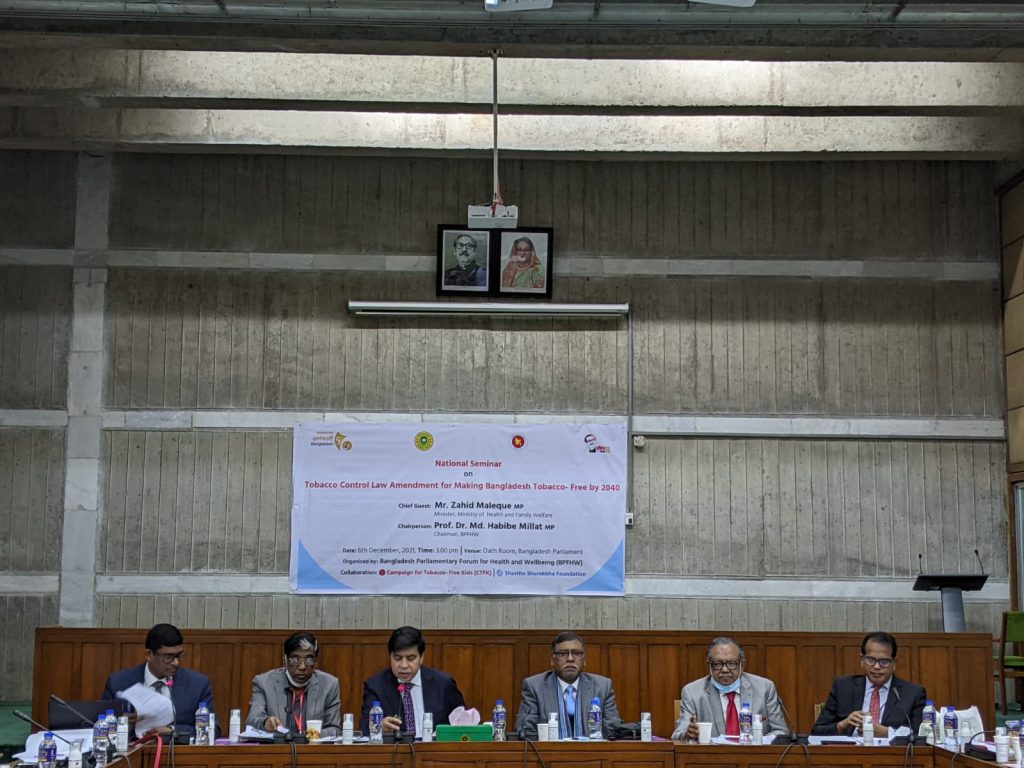 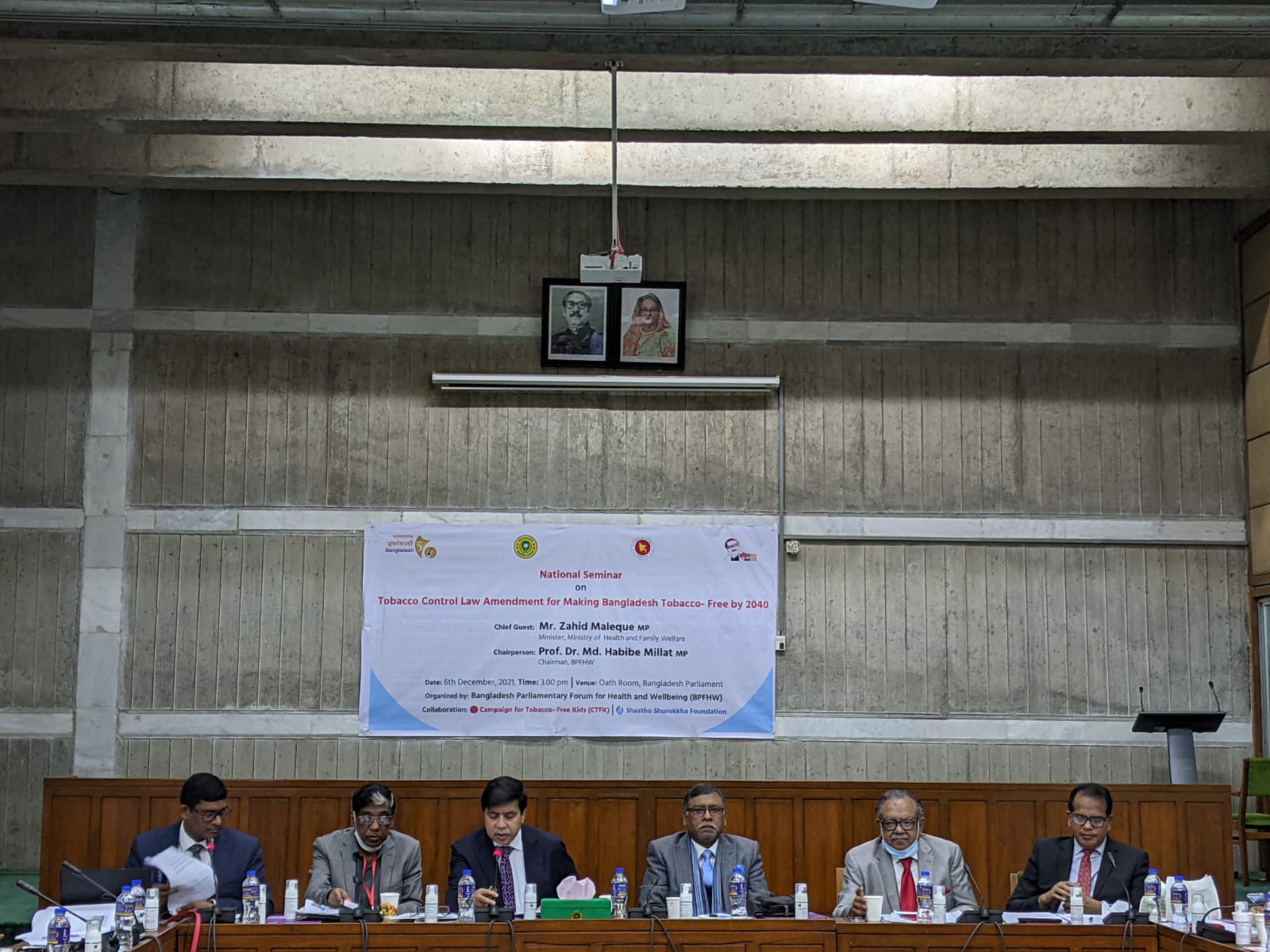 The existing Tobacco Control Act will be amended and presented in Parliament very soon with the aim of building a tobacco-free Bangladesh by 2040, said Health Minister Zahid Malek.

He said this at a national seminar, styled “Tobacco Control Law Amendment for Making Tobacco-Free Bangladesh by 2040”, organiged by the Bangladesh Parliamentary Forum for Health and Wellbeing (BPFHW) at the National Parliament on Monday afternoon.

He also asked for a ban on e-cigarettes and a licensing system for the sale of tobacco products.

At the seminar, seven proposals were made by the Parliamentary Forum to make Bangladesh tobacco-free. These include the abolition of all designated smoking areas including public places and public transports; banning the display of tobacco products at the point of sale; banning all tobacco company sponsorships and their corporate social responsibility activities; increasing of illustrated health warnings on wraps of tobacco products; banning the sale of retail cigarettes or bidis; banning the sale and imports of all types of heated tobacco including e-cigarettes; and amendment of the 1957 Essential Commodities Control Act excluding tobacco and tobacco products.

The health minister said, “The cost of our medicine is much higher than the revenue we get from tobacco. So, there is no alternative to smoking cessation. But there is no way to stop these in one day. Many say that those who are involved with the tobacco industry are very strong. But they are not stronger than the government. We have already been able to reduce tobacco use through various programmes.”

Former Health Minister Prof Dr AFM Ruhul Haque said, “The amended law must emphasize on the need to ban smokeless tobacco. These have to be stopped anyway. Seminars should be held with those who have been smoking for a long time. Their problems should be addressed. Only then the results of the research can be found. Besides, awareness should be raised among the school-going students.”

Chairman of Bangladesh Parliamentary Forum for Health and Wellbeing Prof Dr Md Habibe Millat said, “The Parliamentary Forum has given a letter to the health minister, signed by 152 parliament members, demanding amendment of the Tobacco Act. We demanded an increase in the price of tobacco products in the latest national budget. We also wrote a letter to the finance minister, where we were accompanied by 52 MPs. One of our achievements is that we have signed a letter on the importance of tobacco control and e-cigarette ban in achieving the Sustainable Development Goals and submitted it to the prime minister.”