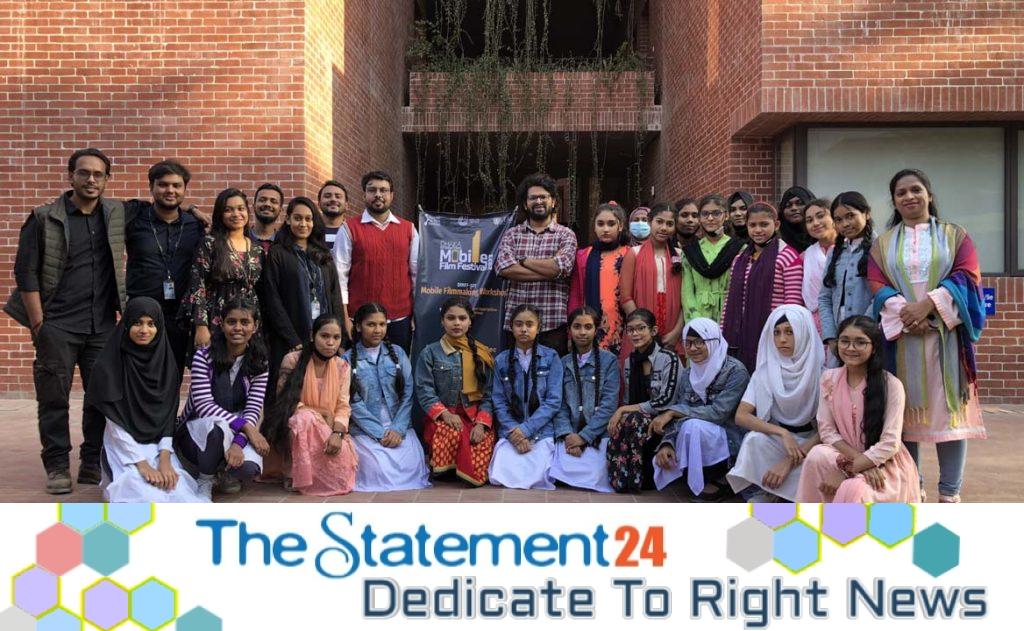 The second day of the workshop took place on 24th December. The other parts will be on December 30, and 31 at the Permanent Campus of the University of Liberal Arts Bangladesh (ULAB). The Goethe Institute Bangladesh is a subsidiary institution of the workshop. Apart from film production materials, the free workshop includes transportation and food for trainees and teacher representatives.

The workshop was attended by a total of 20 students from JAAGO Foundation, Rayer Bazar High School, and KK Foundation School studying in classes VI to XII. On the first day of the workshop, students were taken on a campus visit, and script writing training was conducted by Zahid Gogon, Instructor of DIMFF. After hands-on training, students will produce films on the theme ‘Equal Rights in Science’ at this girls-only event. This workshop is arranged by Md. Rayhan Kabir Shuvro, Social Affairs Manager of DIMFF, and his team.

The 9th edition of Dhaka International Mobile Film Festival 2023 (DIMFF 2023) will be held on the 3rd and 4th of March 2023. DIMFF is a unique platform to showcase the creativity of young filmmakers.