But he was arrested under the Public Security Act on February 6 in 1962. However, freed in June last after the end of Martial Law, Mujib came down heavily on the activities of dictator General Ayub Khan in a public rally at Paltan Maidan. In September, he went to Lahore to meet Shaheed Suhrawardy for forming an alliance of opposition parties called, the National Democratic Front. He spent the entire month of October travelling across East Pakistan along with Shaheed Suhrawardy for campaigning for the front. Sheikh Mujib also flew to London in 1963 for consultations with Suhrawardy, who was undergoing medical treatment. Suhrawardy died in Beirut on December 5.

Mujib restarted party activities at his residence in Dhaka. In a meeting there, a resolution to demand the introduction of parliamentary democracy based on the adult franchise was adopted. Maulana Abdur Rashid Tarkabagish was also elected as a party president and Mujib as general secretary in the meeting. However, while trying to avert riots and wage protests against Ayub Khan’s dictatorship, Mujib was arrested again 14 days before the presidential election. He was charged with sedition and for making objectionable statements and was sentenced to one-year imprisonment. The high court later intervened with an order to the government to release him.

On February 5 in 1966, the opposition parties held a national conference in Lahore. Sheikh Mujib placed his historic Six-Point programme at the conference. The Six-Point demand was nothing but the charter of freedom of the Bengali nation. With immense support, Mujib was elected the president of the Awami League on March 1. Then, he launched a countrywide campaign in support of the Six-Point programme amid arrests and harassments numeral times in Sylhet, Mymensingh and Dhaka.

Meanwhile, the Pakistani government filed the Agartala Conspiracy Case against Mujib and 34 Bengali civil and military officers. He was the prime accused in the case filed over the allegation of conspiring for the secession of East Pakistan from the rest of Pakistan. However, protests sparked across the country demanding the unconditional release of Sheikh Mujib, the torchbearer of the Bengali nation.

The trial began on June 19 in Dhaka Cantonment amidst tight security. The Central Students Action Council was formed in early 1969 to press for an 11-point demand including the Six-Point Programme. A massive student movement soon spread out the country, demanding the withdrawal of the Agartala Conspiracy case and the release of Sheikh Mujib. Soon it turned into an unprecedented mass upsurge that finally forced Ayub Khan to release Mujib on parole, but Mujib rejected the offer.

However, finding no other option, the Pakistan government succumbed to the mass demand of the Bengali nation by releasing Sheikh Mujib unconditionally on February 22 (1969). On his release, Sheikh Mujib was awarded the title ‘Bangabandhu (Friend of Bengal)’ in a public rally at Suhrawardy Udyan in Dhaka. He also vowed to continue the struggle for freedom and the 11-point demand of the students. 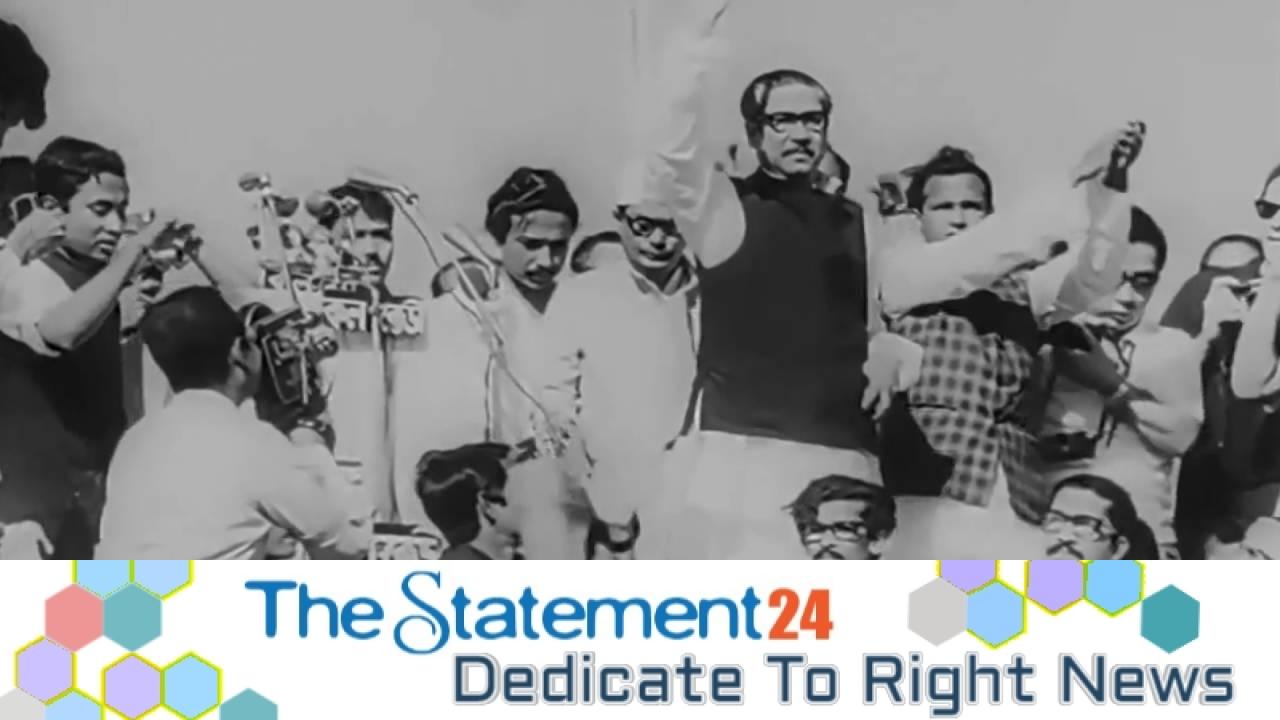 Bangabandhu attended a round-table conference organized by Ayub Khan in Rawalpindi on March 10 in 1969. Placing the Six-Point demand of his party and the 11-point demand of the students, Sheikh Mujib said: “To end people’s anger, there is no other alternative to the acceptance of the six-point and eleven-point demands and the granting of regional autonomy.”

However, as the Pakistani politicians and rulers rejected his demand, he left the conference on March 13 and returned to Dhaka the next day. General Yahya Khan took over the power and imposed martial law on March 25. In October, Mujib went to London for three weeks on a party tour.

Addressing a discussion on December 5 marking the death anniversary of Shaheed Suhrawardy, Mujib declared that henceforth East Pakistan would be called Bangladesh. He said, “There was a time when evil efforts were made to wipe out the word ‘Bangla’ from our land and map. The existence of the word ‘Bangla’ was found nowhere except in the Bay of Bengal. I, on behalf of the people, proclaim today that the eastern province of Pakistan will be called ‘Bangladesh’ instead of ‘East Pakistan’.