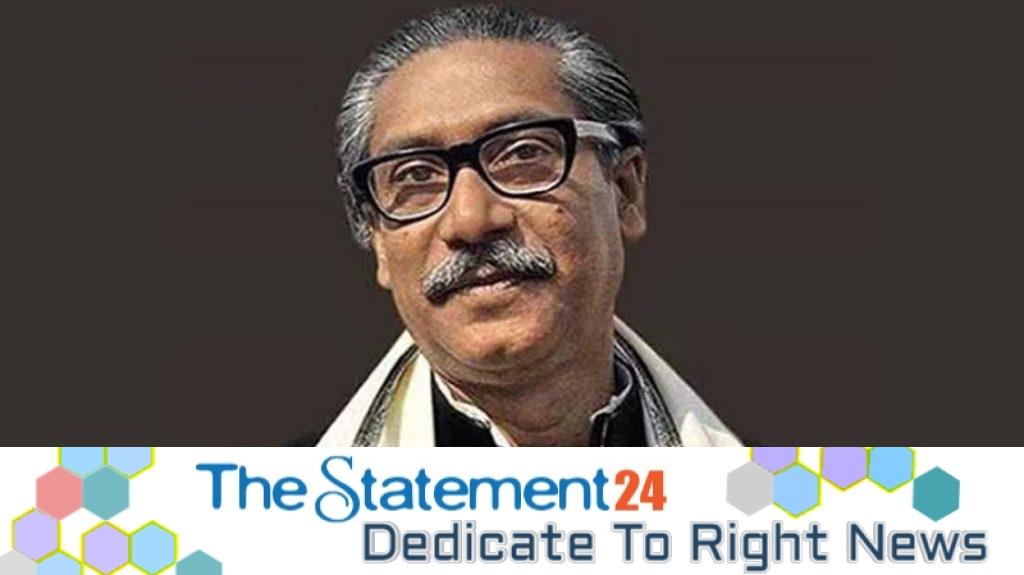 The Father of the Nation, Bangabandhu Sheikh Mujibur Rahman showed exceptional leadership since his childhood. But who knew a thin boy with poor health from a rural village of Tungipara would become the torchbearer of the Bengali nation by leading them to independence! And it was Sheikh Mujib who became the true friend of the Bengali nation (Bangabandhu) by dedicating his whole life for the sake of the nation and its people. He had to spend 13 years of his life in prison for the sake of the Bengali people and their rights – no other leader in the political person was devoted to people as Bangabandhu did.

Rise as a student leader in British Period

Bangabandhu’s political ideologies were mostly shaped by Huseyn Shaheed Suhrawardy since his school life. After passing his matriculation exam in 1940, he was admitted to Calcutta Islamia College (currently Maulana Azad College). Sheikh Mujib became fully active in politics while studying and staying lodging at Baker Hostel. He became actively involved in the movement for the creation of Pakistan. In 1943, Mujib’s busy and active political career took off in the literal sense with his election as a councilor of the Muslim League.

The next year, he took part in the conference of the All Bengal Muslim Students’ League at Kushtia, where he played a significant role. He was also elected secretary of Faridpur District Association, a Calcutta-based organization of the residents of Faridpur.

In 1946, Mujib was elected general secretary of Islamia College Students Union. Mujib obtained a Bachelor of Arts Degree from Islamia College under Calcutta University in 1947 when communal riots broke out in the wake of the partition of India and the birth of Pakistan. He played an active role in protecting Muslims and containing the violence.

However, after the creation of Pakistan, Mujib took admitted to Dhaka University’s law department. He founded the Muslim Students’ League on January 4. He rose in spontaneous protest on February 23 when Prime Minister Khawaja Nazimuddin declared that the people of East Pakistan must accept Urdu as their state language, leading to protests across the country. Sheikh Mujib immediately waged a strong movement against the Muslim League’s move to make Urdu the only state language of Pakistan. He communicated with students and political leaders.

On March 2, a meeting of different political party activists was held to plan the course of the movement against the Muslim League on the language issue. The meeting held at Fazlul Huq Muslim Hall approved a resolution placed by Sheikh Mujib to form an All-Party State Language Action Committee. The Action Council called for a general strike on March 11 to wage its protest against the conspiracy of the Muslim League against the Bengali language.

On March 11, Mujib was arrested along with some colleagues while they were holding a demonstration in front of the secretariat building. The student community went on protest following his arrest. Facing student protests, the Muslim League government was forced to release Mujib and other student leaders on March 15. Following his release, the All-Party State Language Action Committee held a public rally at Dhaka University Amatala ground on March 16. Mujib presided over the rally, which was soon set upon by the police. To protest against the police action, he immediately announced a countrywide student strike on March 17. He was arrested on September 11 for joining the movement against the ‘cordon’ system at Faridpur.

In January 1949, Mujib was released from jail on January 21. He extended his support to a strike called by fourth-grade employees of Dhaka University to press home their various demands. The university authorities fined him for leading the movement of the employees. He rejected the unjust order. Mujib was arrested for staging a sit-in strike before the vice chancellor’s residence.

When East Pakistan Awami Muslim League was formed on June 23 (1949), he was elected its joint secretary despite his imprisonment. He was released in late June. Immediately after his release, he began organizing a movement against the prevailing food crisis. In September, he was detained for violating Section 144. However, he was freed later. He raised the demand for Chief Minister Nurul Amin’s resignation at a meeting of the Awami Muslim League in October.

The Awami Muslim League brought out an anti-famine procession in Dhaka on the occasion of Pakistan’s Prime Minister Liaquat Ali Khan’s visit to the province. Once again Mujib was arrested and jailed for leading the demonstration. At a public meeting on 27 January 1952, Pakistan Prime Minister Khawaja Nazimuddin announced that, in terms of the declaration of Jinnah, Urdu would be the only state language of Pakistan. The students, youth activists and members of the civil society immediately protested just as they had done in 1948.