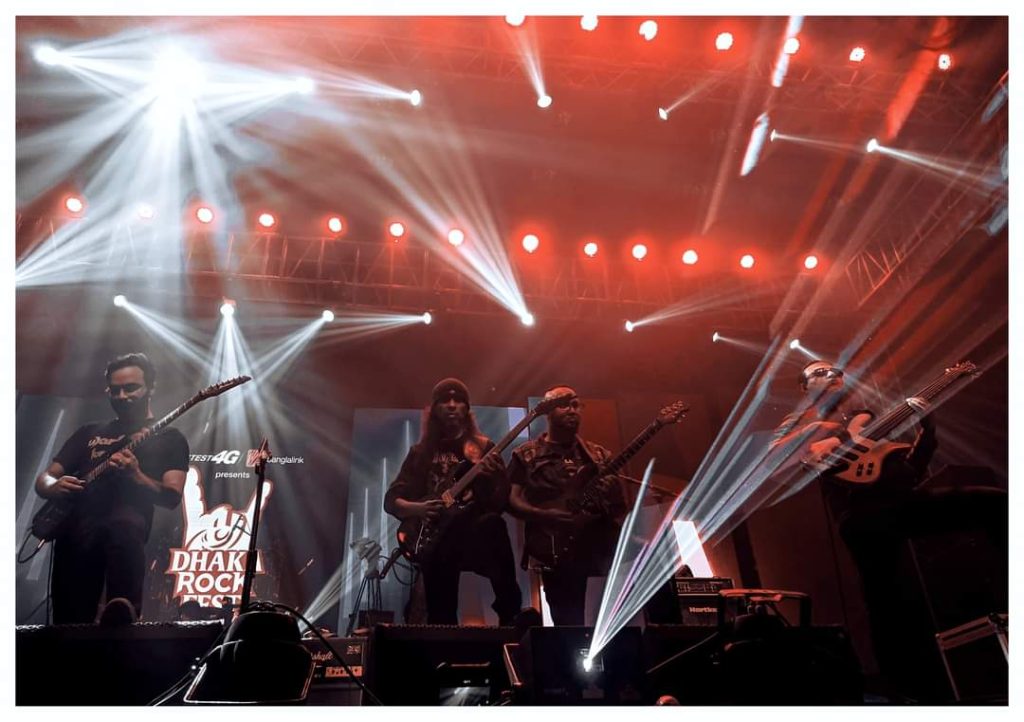 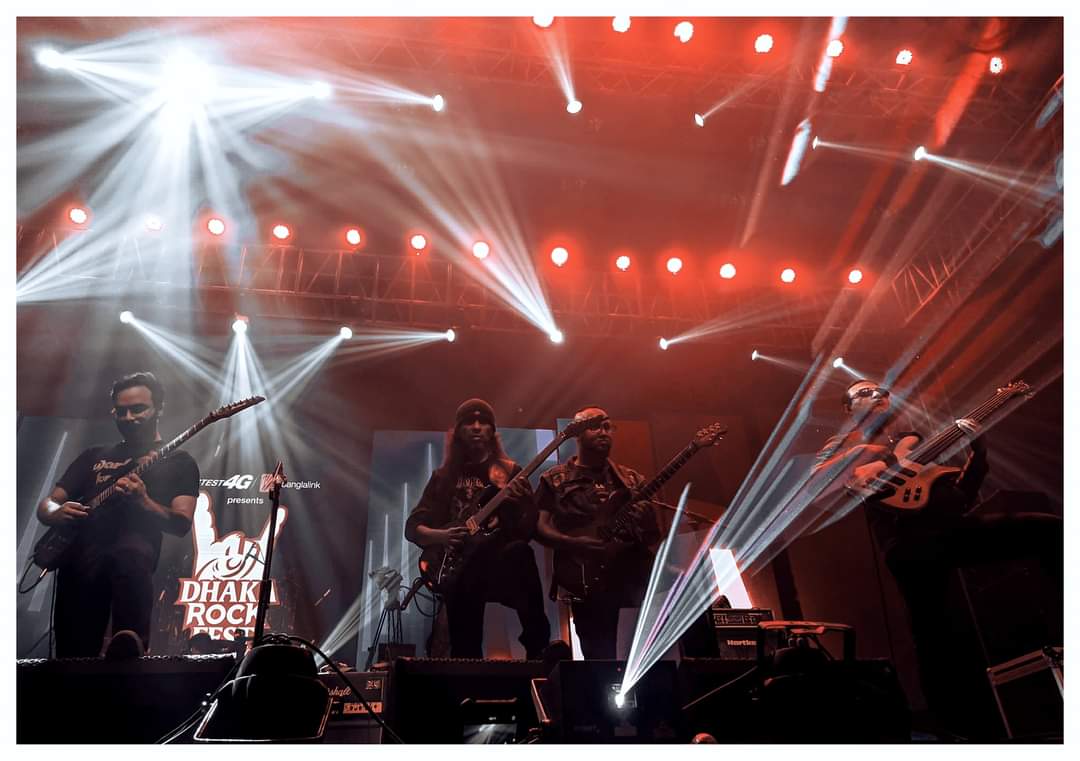 Dhaka Rock Fest 2.0, the largest music festival in the country, was held for the second time in a splendid manner. The audience got to know Dhaka Rock Fest 2.0 in a new way on Thursday at the Navratri Hall of Bashundhara International Convention in the capital. With this, after four long years, one of the popular bands of Bangladesh ‘Aurthohin’ has started their show in Dhaka. The whole concert was full of spectators. Dhaka Rock Fest 2.0 was applauded by the audience. It was more like a reunion fair for the bands and fans.

At the beginning of the concert, Arekta Rock Band started with a patriotic song on the occasion of 50th years of independence. The first song moved the audience with emotion. In between, the organizers listened to behind story of the concert. After that Thrash appeared on the stage. After that Shubhayatra appears to excite the audience.

Later, Avoidrafa sang the song “Ami Akash Pathabo “on the stage. Later, to the delight of the audience he sang, “Cholo Arekbar Uri.”

After that, the wait came to an end and Cryptic Fate came on the stage. This is how the band entertain the one by one. After that Aurthohin appeared on the stage after 4 years. Aurthohin Team Leader known as “Bassbaba” Sumon, sang ‘Epitaph’, this song made the audience very emotional. He later sang ‘Chaitei Paro’ in his voice, Then Aurthohin serve several popular song one by one.

After that, the last attraction of the concert was the popular youth band Warfaze. Warfaze started with the song “Joto Durei Thako”. Then Warfaze continues to sing one popular song after another. The concert ended at around 10 pm with their performance. Doza Alan, CEO of Sky Tracker Limited, the organizer of Dhaka Rock Fest 2.0, made the ending announcement of a huge concert in Dhaka.

Regarding the concert, Doza Allan, CEO of Sky Tracker Limited, said, “The last concert of the year is Dhaka Rock Fest 2.0. With the cooperation of everyone, we were able to successfully finish the concert. There was insanity among all the spectators and listeners. Due to Corona, we could not organize Dhaka Rock Fest last year. But we hope to have regular rock concerts in the coming years. “