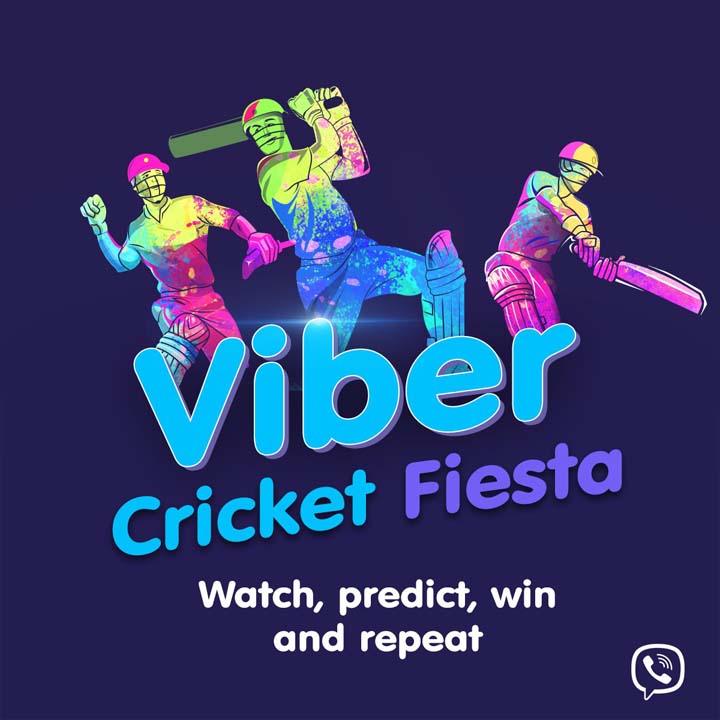 Cricket fans are in for a treat this T20 World Cup season, as Rakuten Viber brings the cricket fiesta with the launch of exciting features and activities on its popular messaging platform. Be ready to hype up the cricket fever with a dedicated Cricket chatbot linked to a highly engaged community of cricket fans. Not to mention a pool of cricketers having their very own communities for more personal interaction with their fans! From creating localized World Cricket Cup stickers to AR-powered Cricket-themed Viber lenses, the world’s leading app also has a host of exhilarating offers for its users throughout the season. As if that’s not festive enough, cricket fans also have the chance to win fantastic giveaways and engage with their favorite cricketers!

“With all of the excitement for the World Cup, we’re thrilled to celebrate and offer fans an unmatched and unparalleled experience during the World Cup. So, we’re incorporating much more attractive features including our latest AR-powered Viber Lenses, real-time engagement with cricketers via Viber Communities, prizes for our engaged and active chatbot users, and a lot more,” said David Tse, Senior Director at Rakuten Viber.

Cricket is a sport much loved and followed in South Asia, and for avid fans of the game, the bot from Viber is an interesting feature to ignite excitement and take the joy of cricket to new heights.

The chatbot provides subscribers with the chance to predict matches, be up to date on match fixtures, and access to its own dedicated Cricket Talks Community where fans can get scores updates, enjoy a range of memes, trivia, and more. And Viber takes it one step further this year with its World Cup Cricket Bot and offers fans the opportunity to predict the outcome of cricket matches and win amazing gifts such as mobile phones, laptops, speakers, headphones, Viber coupons, popular sticker packs and more.

Additionally, the popular messaging platform will also release customized sticker packs adding that extra element of fun to conversations through celebratory phrases and more, which fans can use to show their support and enthusiasm during this most loved sports season.

The Cricket Bot is expected to go live on the 15th of October, and users can join in the fun and enjoy it until the very end of the season. Cricket fans can also search “World Cricket Bot” on Viber to join.

The launch sees a total of four Communities dedicated to popular cricketers Mashrafe Bin Mortaza, Tamim Iqbal, Taskin Ahmed, and Jahanara Alam. All updates, BTS content, and experiences from these cricketers will be available in their dedicated Communities.

Viber has always been popular for its features that engage and entertain its users during all of the hottest events. So, it isn’t a surprise that the messaging platform is taking it a few notches higher with the release of Viber’s latest feature Augmented Reality (AR) Lenses customized exclusively for the Cricket World Cup too. Users will be able to bring the stadium vibes to their phones and show up to support their team of choice virtually with a range of fun Lens choices such as digital face painting and customized cricket jerseys.

Join in the fun of South Asia’s most-followed and popular sports this season with Viber’s Cricket Bot and get access to more insight, more interaction, and exclusive experiences.