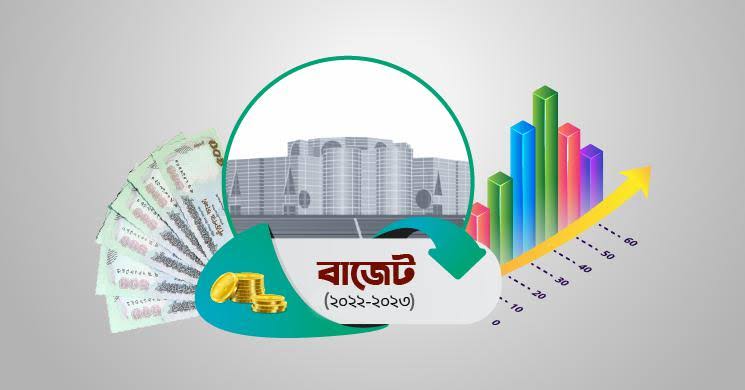 The proposed budget, if finally adopted and realized, will increase the use of tobacco products among the poor and the youth. It will hike health expenditure and deprive the government of additional revenue. The proposed budget for FY 2022-23 failed to take into account any of the demands raised by anti-tobacco organizations, and is in grave conflict with the Honorable Prime Minister’s vision for a tobacco-free Bangladesh. The proposed budget raises the price for 10 sticks of low-tier cigarettes by only Tk. 1, setting the price at Tk. 40. It shows only a 2.56 percent increase in this tier. Such an increase is negligible considering the fact that the National Per Capita Income (Nominal) has increased by nearly 10 percent. As a result of this budgetary measure, the real price of cigarettes will drastically fall and the use of cheap cigarettes will increase among the poor and the youth. It should be noted that 75 percent of all cigarette smokers are users of low-tier products, most of who belong to the aforementioned demographic categories. While the base price has seen a meager Taka 1 increase, the supplementary duty, unfortunately, has remained unchanged at the existing 57 percent. This means that a significant portion of the additional revenue generated from this increase will be pocketed by tobacco companies. However, if the government chooses to hike the prices by introducing specific supplementary duty following the recommendations of anti-tobacco platforms, it will increase government earnings manifold and shrink the use of cheap cigarettes.

The price of 10 sticks of medium-tier cigarettes has been increased to Taka 65 from Taka 63, which shows a 3.17 percent increase. In the high and the premier tier, the prices have been increased from Taka 102 to Taka 111 (8.82 percent hike) and from Taka 135 to Taka 142 (5.18 percent hike) respectively. When compared to the 10 percent increase in the National Per Capita Income (Nominal), it shows that such a negligible increase will only decrease the real prices of cigarettes, making all sorts of brands even cheaper and encouraging more and more people to get hooked on this deadly addiction. On the other hand, ignoring the anti-tobacco organizations’ demand to introduce specific supplementary duty will complicate revenue collection and allow tobacco companies to benefit from rampant tax evasion and others.

The prices of and taxes on bidi, jarda, and gul, have been kept unchanged which is frustrating considering the repercussion of these deadly products on public health. The low-income people constitute the majority of bidi users. Besides, more than 50 percent of all adult tobacco users in Bangladesh tend to use smokeless tobacco products (SLTs), with the majority of them being the poor and the women. If we take the increase in per capita income (nominal) into account, these products have just become even cheaper and more affordable. As a result, the poor demographic, particularly, the women, will be encouraged to use of these harmful products and experience the heightened health risks associated with these products. Each year before the budget, bidi factory owners push their workers onto the streets to stage protests against any possibility of tax increase in the bidi industry. Unfortunately, our policymakers tend to fall victims to this manipulation attempt and budgetary measures reflect the demands of factory owners. This, in turn, puts public health in harm’s way and deprives the government of valuable revenues.

While the prices of all essential commodities have experienced massive hike in recent times, the proposed budget has hardly increased prices of tobacco products and even kept the prices unchanged for most items. As a result of such measures, tobacco products will become even cheaper when compared to the other commodities, posing a grave threat to public health.

The proposed budget did not increase the existing corporate tax rate (45 percent) and surcharge (2.5 percent) on the income of manufacturers. As a result, it has kept the window wide open for tobacco companies to substantially increase profit.

In his reaction to the proposed budget for FY 2022-23, ABM Zubair, Executive Director of PROGGA (Knowledge for Progress) said, “The prices of cheap cigarettes have remained almost unchanged. It also lacks any directive with regard to introducing specific supplementary duty, a long-time demand of anti-tobacco activists. We demand that the government introduce specific supplementary duty and hike prices to bring tobacco products beyond the affordability of the masses.”

According to WHO Global Adult Tobacco Survey (GATS) 2017, 35.3 percent of all adults (15 y/o and above) use tobacco. Tobacco claims more than 161,000 lives a year (Tobacco Atlas 2019). Realization of the tax and pricing measures, as proposed by anti-tobacco activists, would encourage 1.3 million adults to quit smoking, prevent the deaths of 445,000 adults and 448,000 youths, and earn BDT 9,200 crores in additional revenues. The hike in the prices of bidi, jarda, and gul will discourage use among the low-income demographic and significantly increase government earnings from these sectors.