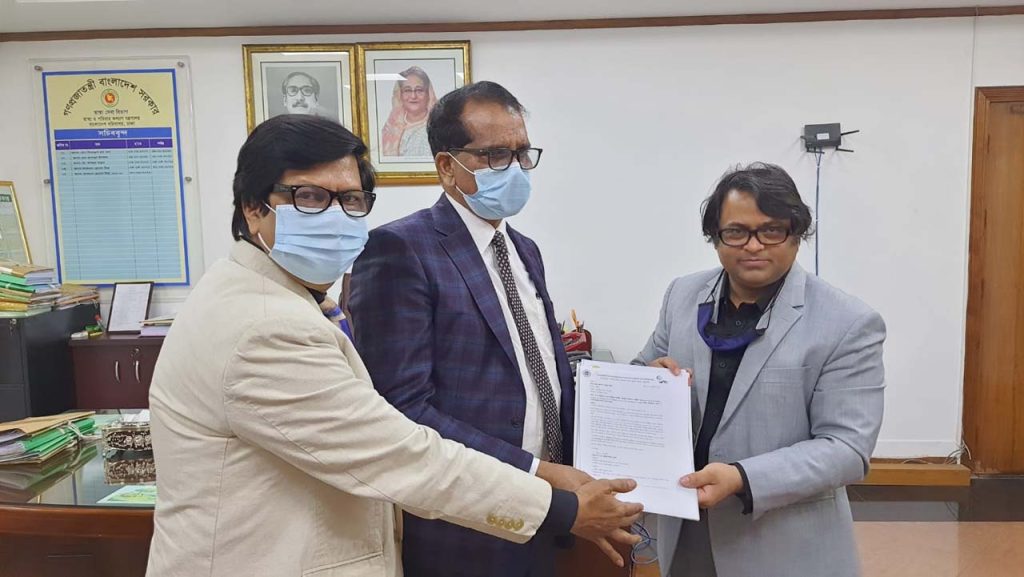 Representatives of the ‘Bangladesh Parliamentary Forum for Health and Wellbeing’ (BPFHW) have recommended the concerned ministries and directorates to accelerate the amendment of the existing Tobacco Control Act and increase of tax and price of tobacco products. On Tuesday, January 04, 2022, the forum expressed their suggestions during a meeting with officials from the Ministry of Health, the Ministry of Finance, and the National Tobacco Control Cell.

The Prime Minister has announced to make the country tobacco-free by 2040 to protect public health from the effects of tobacco. Following this, a letter signed by 152 MPs was sent to the Hon’ble Health Minister last year at the initiative of the Parliamentary Forum, demanding the amendment of the existing Tobacco Act. In the previous budget, 52 MPs sent letters demanding an increase in taxes on tobacco products.

At that time, the officials ensured that by taking the demands of the MPs very seriously, the work of amending the Tobacco Control Act is being taken forward. The Ministry of Finance is also working to increase taxes on tobacco products in the next budget. They assured to take the following steps as per the suggestions raised in this discussion.

Every year about 1 lakh 61 thousand people die in Bangladesh due to tobacco-related diseases. 35.3% of adults in Bangladesh use tobacco. 67% of all deaths in the country account for non-communicable diseases, mainly due to tobacco. In addition, without smoking, 36.4 million people are exposed to secondhand smoke every year. The cost of treatment of tobacco-related diseases in the country is Tk. 8,400 crores. In that context, six proposals have been made in light of the World Health Organization’s Framework Convention on Tobacco Control (FCTC) to amend existing tobacco laws. The proposals are 1. Remove the exemptions in the smoking ban for restaurants and public transport 2. Ban the display of tobacco products at points of sale 3. Ban tobacco companies’ corporate social responsibility activities 4. Ban the sale of single sticks and unpackaged smokeless tobacco 5. Ban the sale and import of e-cigarettes and heated tobacco products 6. Allow for stricter rules on packaging, including increases in the size of health warnings.

The national development organization Shastho Shurokkha Foundation, acting as the secretary of the Parliamentary Forum. Executive Director of the organization Dr. Nizam Uddin Ahmed and Director Md. Rafiqul Islam was present during the meeting.