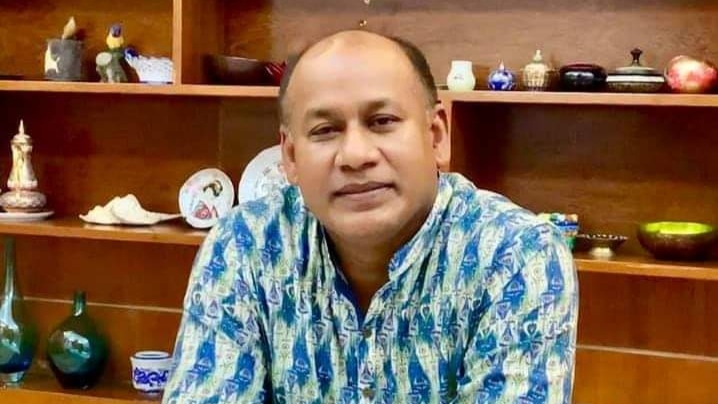 In his 19-year-long career, Fakaruddin Jewel worked at daily Prothom Alo for about 12 years and he has been working at NTV Online for seven years.

Fakaruddin Jewel is a pioneer in the digital transformation of Bangladeshi TV stations. He spearheaded NTV’s presence at all the branches of digital platforms–such as a national portal, YouTube, Facebook, Instagram, LinkedIn etc.

Powered by objective and reliable news, within about one and a half years, NTV Online ranked third most popular online media in the country. Bangladesh Online Media Association in 2017 awarded NTV Online as the best online portal in Bangladesh for being popular at home and abroad. Home Minister Asaduzzaman Khan Kamal handed over the honourary award plaque to Khandaker Fakaruddin Ahmed.

Fakaruddin Jewel ranked 17th position in the merit list from Arts in SSC exam from Dhaka Education Board in 1994. After obtaining HSC from Dhaka College, he achieved BA (hons) from the University of Dhaka in Mass Communication and journalism, and ranked First Class Sixth in the Masters programme.

As a journalist, Fakaruddin Jewel participated in numerous prestigious events including ‘Nokia Connection’ in 2010, Koenig Solutions’ event held in 2011 at New Delhi in India, 70th Session of the UN General Assembly (UNGA 70th) in 2015, Google’s ‘Think Publishing/SEA’ event held at Singapore in 2016, ‘Bangladesh Festival’ organised by NTV Australia at Sydney in 2017, and 9th Global Media Forum held in China, organised by CCTV+ in 2019.