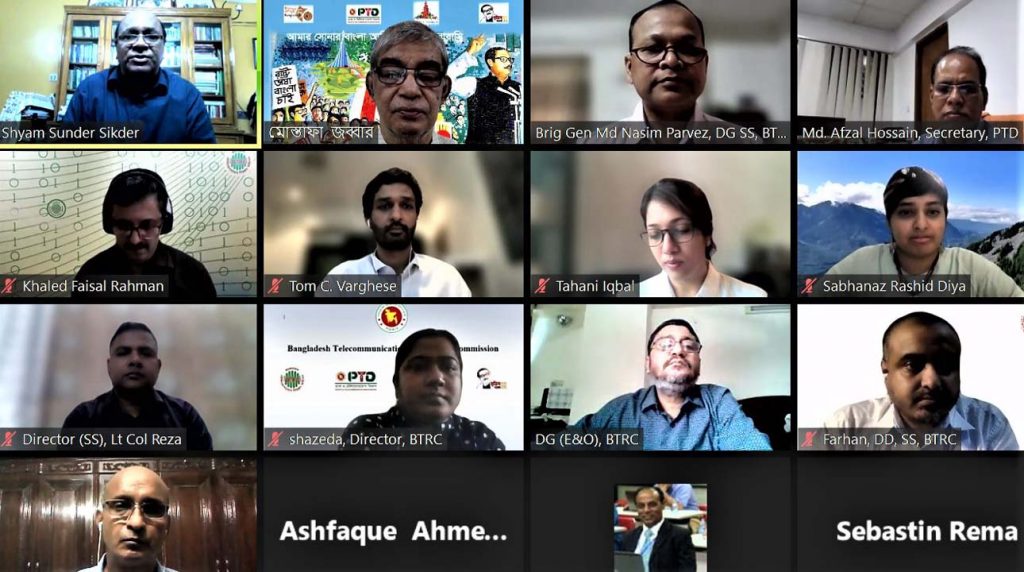 Facebook is working to invest in the digital infrastructure sector in Bangladesh. A high-level virtual meeting on investment was held between Facebook authorities and BTRC on August 9 in the presence of Posts and Telecommunications Minister Mustafa Jabbar.

During the meeting, Director General of BTRC Brigadier General Md. Nasim Parvez presented a picture of the progress of the telecom sector in Bangladesh.

The Minister for Posts and Telecommunications highlighted the overall progress of the telecom sector in Bangladesh and said that the digital connectivity sector is a thrust sector for investment. Done. He said that the life of the people of the country has been kept alive due to the remarkable progress of digital connection. From small business to office-court activities and educational activities can be done at home. “It would not have been possible without our strong digital infrastructure,” he said. Highlighting the success of the meeting held with the Facebook authorities on the sidelines of the Mobile Congress in Barcelona in 2018, the Minister said that the meeting was very fruitful in improving bilateral relations. He said the demand for high-speed internet in Bangladesh has greatly increased as a result of the expansion of digital connectivity across the country. As the strong network expands, the number of Facebook users will increase, and Facebook will also benefit a lot, the minister said. He emphasized the need to work through the formation of working groups to expedite the implementation of Facebook’s investment in Bangladesh and the implementation of this plan through bilateral talks. He said there is a huge opportunity for Facebook business in Bangladesh.

Facebook authorities are interested in taking advantage of investment opportunities in Bangladesh. They highlighted the activities of Express WiFi, Terragraph, Open Transport Network and Zero Rate program in several countries including Malaysia and Indonesia.

At present, there are 46 million Facebook users in the country. Bangladesh is tenth in the world in terms of users.