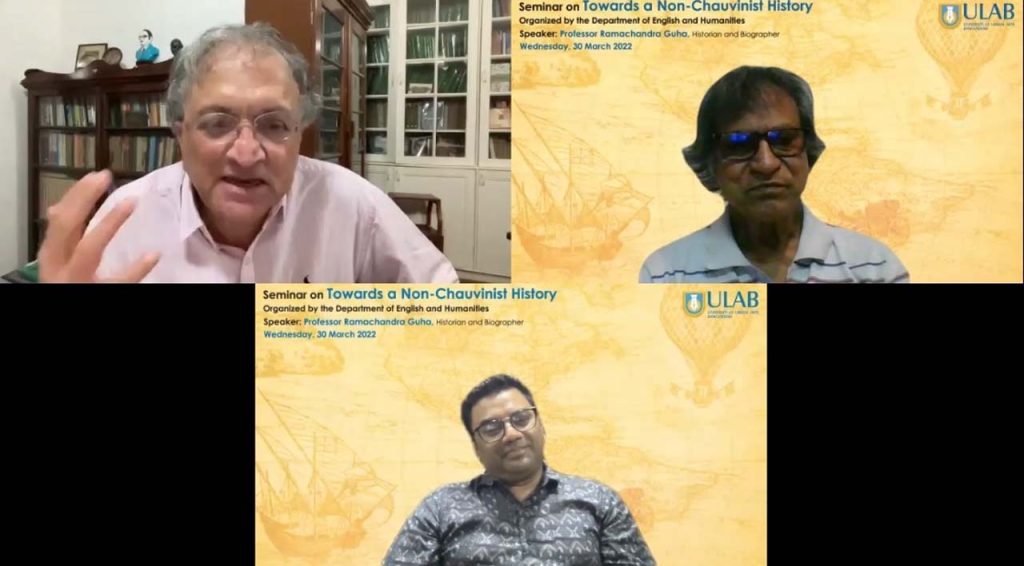 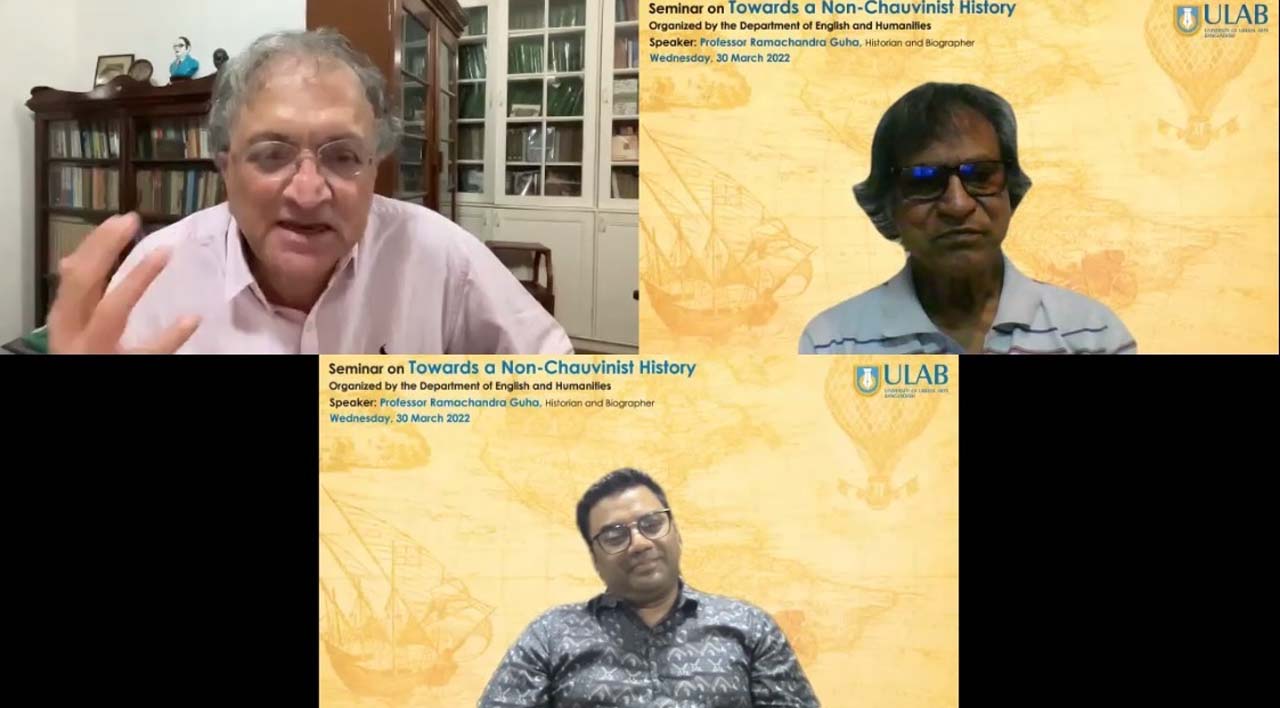 The Department of English and Humanities at the University of Liberal Arts Bangladesh (ULAB) organized a seminar on March 30, 2022, with renowned historian, social thinker, and biographer, Professor Ramachandra Guha. The seminar, “Towards a Non-Chauvinist History,” focused on the five distinct forms of chauvinism that a historian must confront and overcome in a world that is defining and redefining the role of leadership.

Professor Shamsad Mortuza, Pro-Vice-Chancellor, ULAB, formally welcomed the speaker who has a penchant for narrating the lives of charismatic figures with archival depth and scholarly breadth. Mentioning the purpose of the seminar, Professor Mortuza highlighted the importance of creating a discursive platform where students are engaged in multi-disciplinary learning both in and outside the classroom. He emphasized how the Department of English and Humanities at ULAB ensures that both the students and the faculty members are constantly exposed to multiple perspectives.

Professor Kaiser Haq introduced Professor Ramachandra Guha as a “friend of Bangladesh” who has “written about Bangladesh, the subcontinent, and about the world.” Professor Haq also mentioned that the talk would contribute to the crucial understanding of non-chauvinist history, especially in this dark hour of the world where “there is too much chauvinism.”

Professor Guha’s talk was followed by a question-answer session, where participants from Bangladesh, India, and the USA contributed to the discussion. Issues such as patriotism vs nationalism, the role of historians in the age of post-truth, and mass understanding of different approaches towards history were addressed in this part of the session.

At the end of the program, Professor Shamsad Mortuza, Pro-Vice-Chancellor of ULAB, gave a vote of thanks to the speaker, and the audience for their participation.

The talk was live cast from ULAB’s Facebook page and is uploaded on the YouTube channel of the Department of English and Humanities.