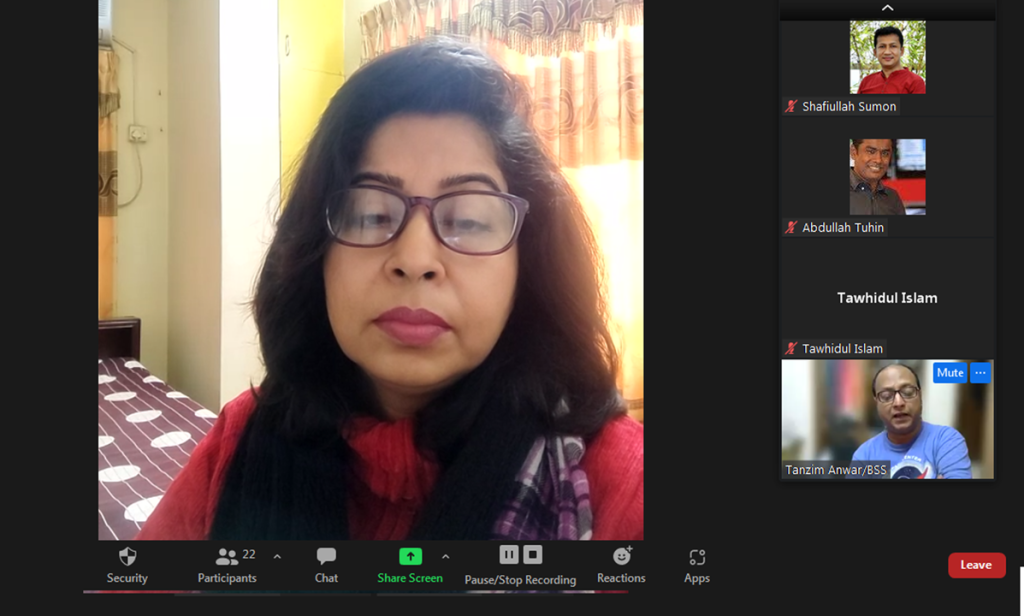 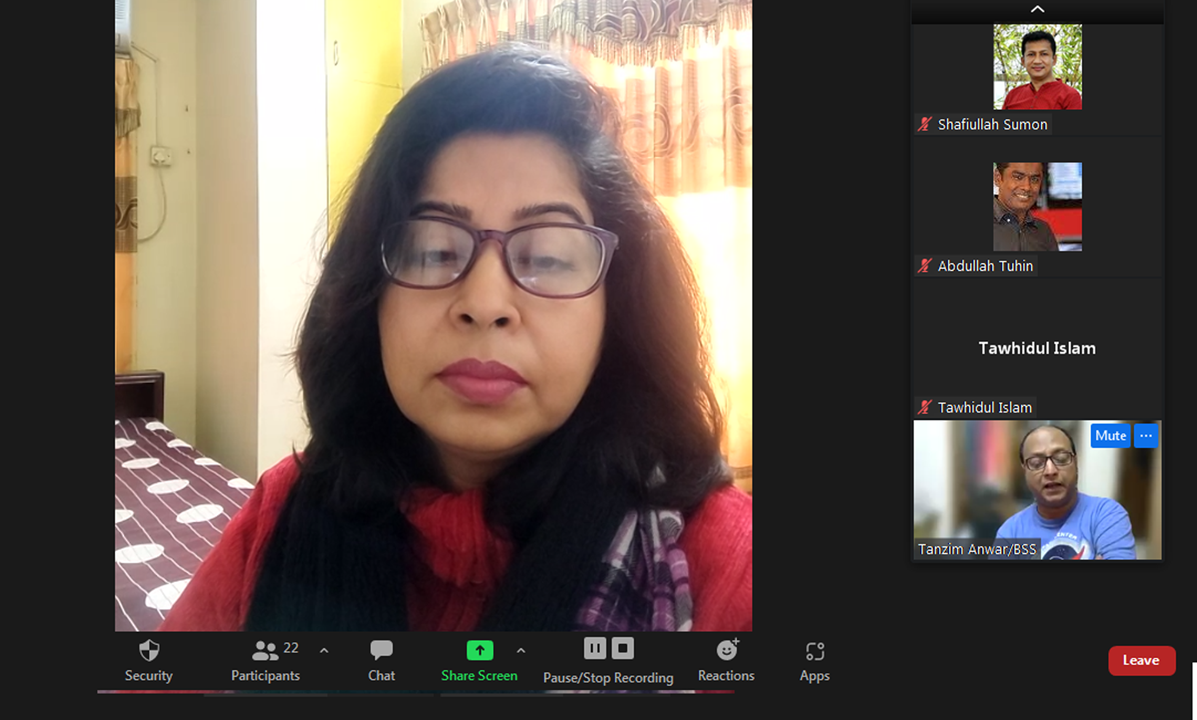 Journalists and dignitaries have demanded that the law must be amended to make all public places, including restaurants and tourist areas, 100% smoke-free. The demand was made at a virtual meeting on January 25. The meeting was attended by members of the Executive Committee of Aviation and Tourism Journalists Forum of Bangladesh (ATJFB), officials of Campaign for Tobacco Free Kids Bangladesh and the tobacco control project of Dhaka Ahsania Mission.

Md. Mukhlesur Rahman, Assistant Director, Health Sector, Dhaka Ahsania Mission, said that 63 countries, including Canada, Spain and Nepal, have laws prohibiting smoking zones in public places. However, the law of our country provides for smoking zones in public places such as multi-room restaurants, public transport (trains, launches) and non-mechanical public transport. As a result, non-smokers also go to these places and become victims of secondhand smoke. Therefore, in order to protect the health of non-smokers, Section 7 of the Tobacco Control Act should be repealed and designated smoking areas in all public places should be banned.

Md. Mostafizur Rahman, Lead Policy Advisor of Campaign for Tobacco Free Kids Bangladesh, said that non-smokers have the right to protect themselves from the harmful effects of secondhand smoke. However, the number of victims of secondhand smoke is higher. Since the smoke from smoking cannot be controlled. That’s why smoking in all public places should be banned. In this case, the media can convey this message to the government on a regular basis.

Nadira Kiran, president of ATJFB and news editor of ATN Bangla, said that if smoking is banned in the air, then strict laws should be enacted to ban smoking in other public transport as well. In addition, all concerned stakeholders should take initiative to keep restaurants and hotels 100% smoke free. Therefore, the law should be amended to make public places completely smoke free.