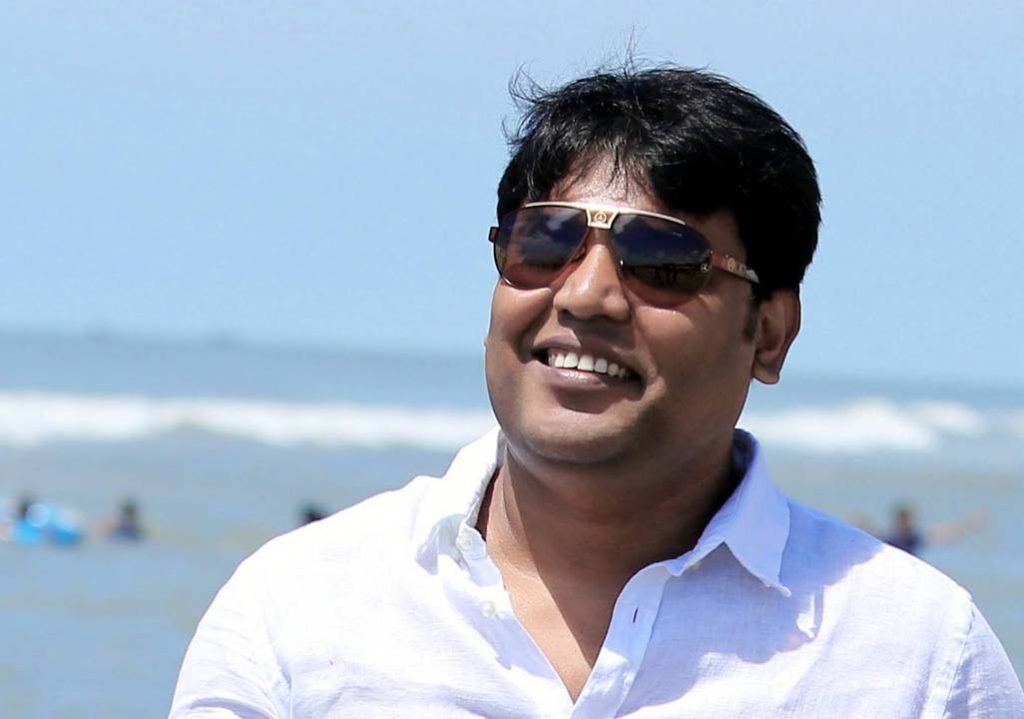 He said something about the play ‘Bagan Bari’.
The story of this drama revolves around a resort. I wrote the play in the story building of DMD Tipu Alam of Boishakhi Television. The play tells the story of different people who hope to spend time in a resort, their behavior and some of the controversial activities that take place around the resort. I have tried to highlight some irregularities in society through entertainment. The play starring Zahid Hasan is co-directed by Rohan Ahmed Rubel and Hanif Khan.

You are a busy playwright of this period. What plays are you currently writing?
I basically love to write serials for television. Recently I have started writing a new serial for Zahid Hasan Bhai. Faridul Hasan is producing two more serials ‘Bahana’ for TV and ‘Daurer Upor’ for Baishakhi TV. Moniruzzaman Monir’s serial ‘Dakshina Hawa’ is starting to shoot very soon. Joy Sarkar is going to do a serial shooting called Jamai Bari. Waiting for the promotion is SM Shaheen’s serial drama, ‘Bini Sutor Tan’.

It is often seen that you are having three serials on air at the same time, how do you write so much?
I write more serials so sometimes I have more than one serial on air at a time. I did not share the schedule of each serial then. Maintain time. Let’s go according to routine. Since it is my job I have no choice but to manage it that way.

A big complaint in the case of serial dramas is that the continuity of the drama cannot be maintained. Nor are our serials as popular as foreign serials. Why?
There are many reasons behind this. The main reason is of course the budget. In a world where the price of everything is going up year after year, the value of our drama has come down to a point where it is difficult to expect anything good from this money. There are so many channels in the country but not enough artists. Our drama industry has relied on a few artists. Again, many of them do not do serial due to busyness or various reasons. When we start a serial, when we go to shoot next month, we don’t get the date of some of the artists, or even if we get the date, the date doesn’t match with the other character in the drama. This is why the story has to change constantly. And the account of everything has changed since then.

Then why the audience is not watching our drama?
Let me say one thing here, the biggest reason why our drama viewers watch less is the negative attitude. Excessive advertising, lack of knowledge of time, dramas, news, games, etc. on the same channel, the length of YouTube, due to these or any other reason, our viewers have assumed that they will not watch our dramas. Every home has a foreign channel. How will our channel verify the good and the bad if they see no? I’m satisfied with the drama we see on screen despite so many limitations, but unfortunately, we can’t show the audience.

We are talking about the policy of the channel in promoting drama. What is your opinion on this matter?
Channels should have a proper policy for drama. Fix the number of minutes you can advertise in a half-hour program, make it easy for viewers to watch only plays during the play, make sure there are no other ads or scrolls on the screen during the play, and encourage new directors to create new artists to increase the quality of the play. By doing so, I believe that this ongoing crisis will be overcome.

Although it started with a novel, why is it missing now?
I always feel the urge to write novels. The joy of writing a novel, the satisfaction of having a new book in hand are unmatched by anything else. But the busyness of drama, especially in the last few years, has kept me so busy writing serials that it is difficult to find time to write a novel. Yet there are plans to write a long novel for the upcoming book fair. I hope to start writing soon.