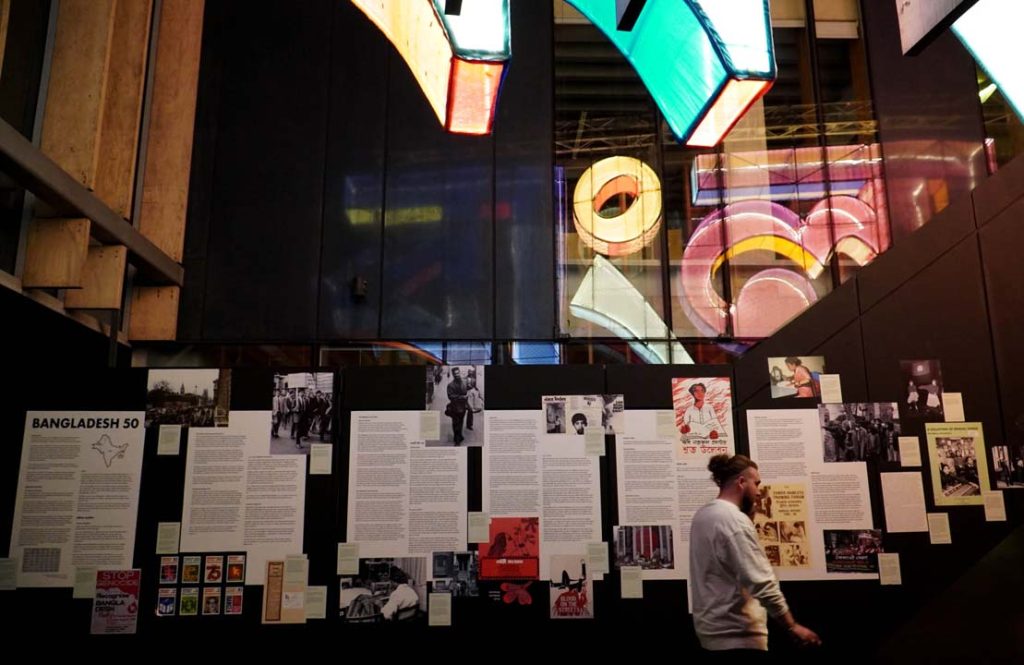 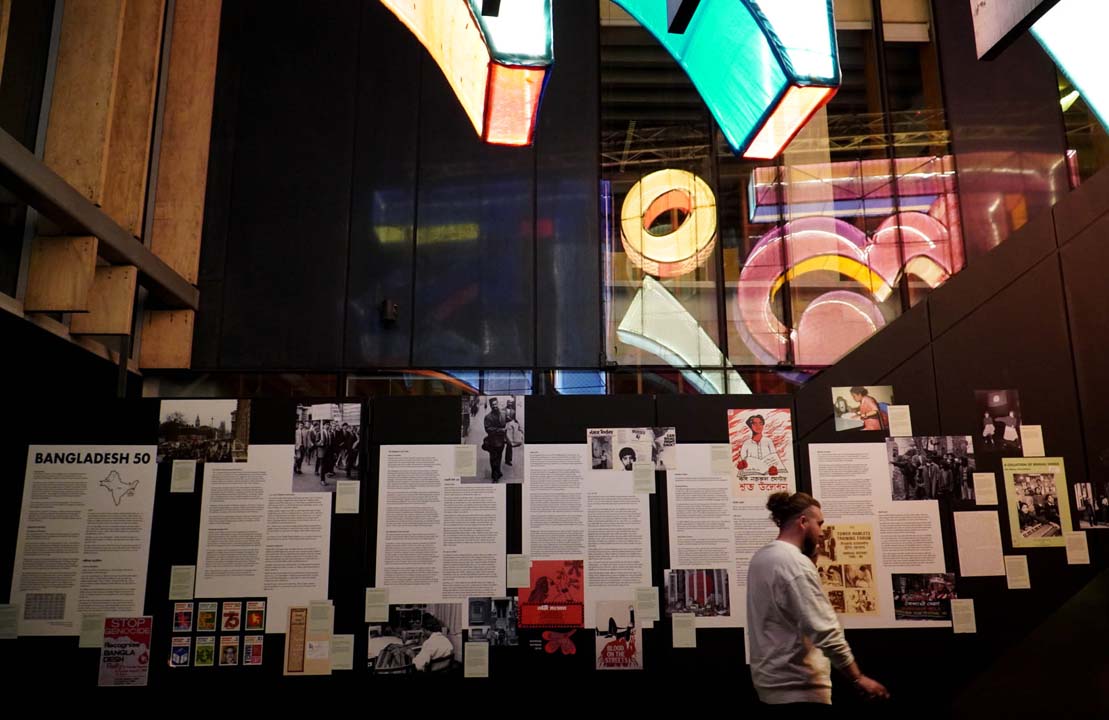 The British Council has organized an exhibition styled ‘BANGLA’ to commemorate 50 years of Bangladesh’s independence with Tower Hamlets.

Dhaka-based architecture studio Paraa, in collaboration with Tower Hamlets Libraries and Archives, National Portrait Gallery, London, citizen researchers (local community members) and The Rainbow Collective, has recently come up with a collaborative piece of artwork reflecting on the work of citizen researchers from the British Bangladeshi community, who have been exploring the role people in Tower Hamlets played in the independence of Bangladesh and the legacy of the events of 1971 on the local community.

To commemorate 50 years of Bangladeshi independence, the new public artwork has been installed at the Tower Hamlets Idea Store in Whitechapel, London. It signifies the diverse people that makeup Tower Hamlets’ Bangladeshi community. Copies of the material (text, photographs, maps, images, newspaper articles, etc.) gathered by citizen researchers are visible at street level, plastered on a sort of community bulletin board, creating an outdoor public display/museum/archive.

Covering the letters in saree fabric refers to the fabric industry which employed many Bengali workers in Tower Hamlets (and is still a prominent industry in Bangladesh supplying many UK clothing retailers). Each letter is wrapped in a different color inspired by Biman Mullick’s design for the first set of stamps representing Bangladesh as a new nation in 1971.

The artwork will remain permanently in the borough of Tower Hamlets at the Idea Store, as a reminder of the stories connected to 1971 and the Bangladeshi community of East London.