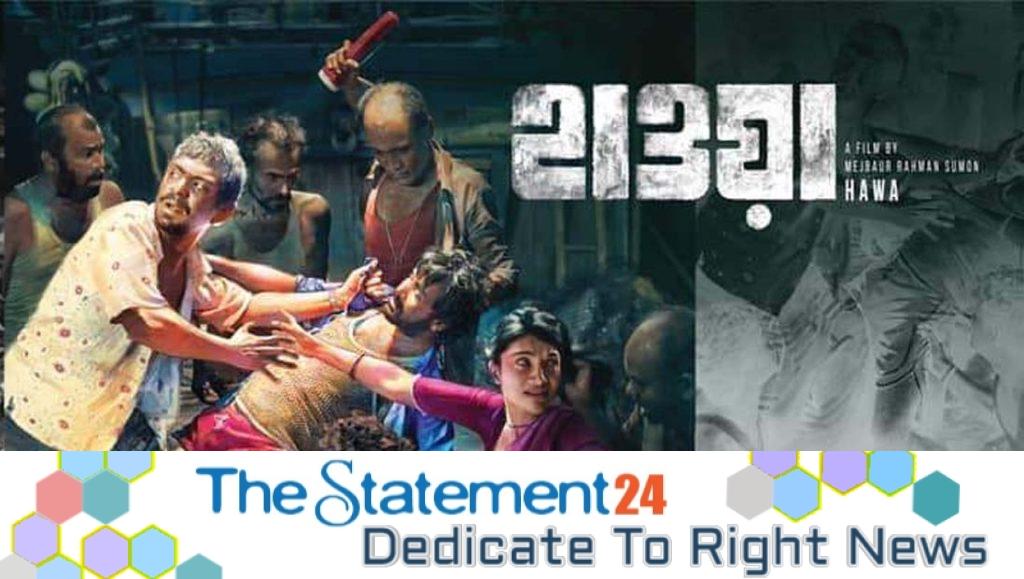 The wildlife law is violated in the movie ‘Hawa’, as a wild bird ‘Acridotheres’ is shown in the case, while the actress is seen eating the meat of the Acridotheres after killing it. The recently-release movie also shows the scene fishing scenario in the deep sea as well as fishing of Stingray Fish in the sea, which is complete a violation of the law. The Wildlife (Preservation and Security) Act, 2012 is violated in the movie- Hawa. Apart from this, several other recent dramas and commercial advertisements have been seen violating the law.

Against this backdrop, the Bangladesh Nature Conservation Alliance (BNCA), an alliance of 33 environmental organizations, has expressed grave concern, saying that such a scenario in movies and dramas proves that wildlife-related crimes are increasing and the wildlife is under threat. The alliance demanded taking the immediate initiative to stop showing the scenarios from the movie.

The BNCA expressed its concern in a press statement issued on Wednesday (August 10). The convenor of the alliance Professor Dr. Ahmad Kamruzzaman Majumdar signed the statement. In the statement, it was said that the ‘Hawa’ movie, which was released on July 29, has gained great popularity. “We welcome this success in Bengali cinema. We believe that responsible culture or film can guide people. However, the scenario of showing an Acridotheres in the cage and at one stage it being killed for eating is unaccepted. This is a clear violation of the Wildlife (Preservation and Security) Act, 2012. The scenario of fishing the Stingray Fish in the sea is completely a violation of the law,” the statement says.

Professor Dr. Ahmad Kamruzzaman Majumdar in a statement said that thousands of people are watching the movie every day. “We believe that the depiction of such wildlife crimes in movies and dramas will encourage common people to hunt, cage and kill birds and other wild animals. On the other hand, fishermen will also be encouraged to catch the Stingray Fish, which is listed wildlife. As a result, the fish can disappear from nature. This can affect the entire environment. So, the initiative should be taken to stop showing these scenarios from the movie quickly,” he said.

The BNCA also expressed concern over the silent role of the Wildlife Crime Control Unit (WCCU) of the Forest Department in this regard. Despite the movie reaching thousands of people every day, the WCCU is seen playing a silent role. The WCCU’s silence proves its lack of sincerity in implementing the Wildlife (Preservation and Security) Act, 2012, the statement says. The BNCA demanded that the film’s director and the actors should issue a formal apology for showing scenes of killing wildlife and immediately halt the release of the film.

The alliance warned that if action is not taken soon, environmental organizations will be forced to take action in the interest of wildlife protection as well as take legal action against the forest department and those involved in the film.