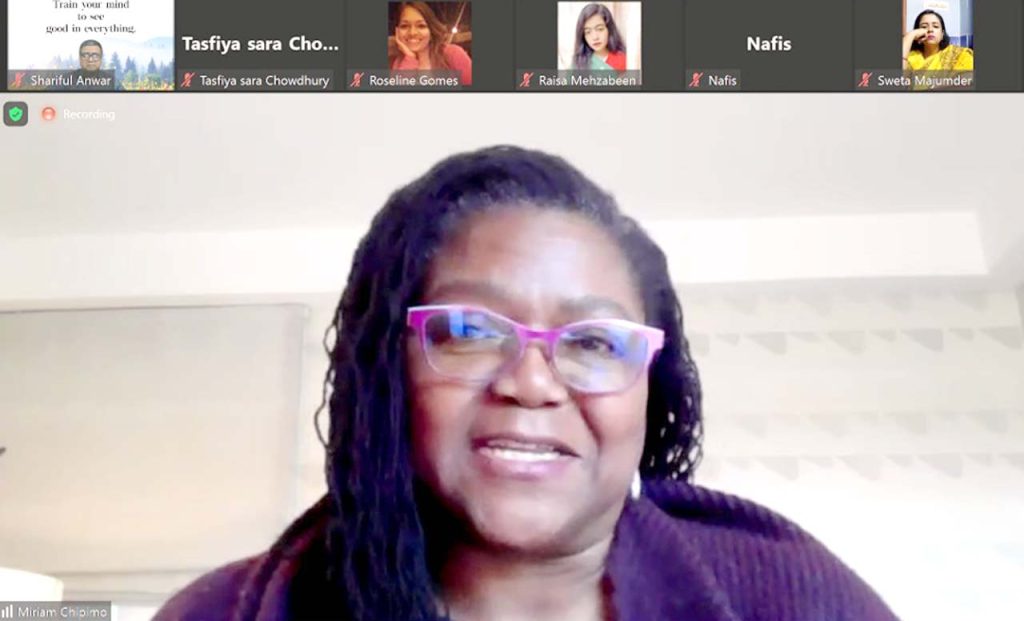 The 4th anniversary of the Youth Parliament was celebrated internationally on Friday (July 29) with a beautiful event. The event started at 7:30 pm Bangladesh time and lasted till 10 pm. Heads and representatives of 23 organizations from different countries of the world were involved in the event.
Youth Parliament’s founding anniversary celebration was attended by Dr. Miriam, former head of UNAIDS Liberia, distinguished public health expert, and Mr. Shariful Anwar, senior faculty, SFX Green Herald International. School and former National Consultant of UN FAO, Dr. Jessica Ashe, Chief Foreigner of State of Hawaii, Founder, Mindset News, Dr. Deshapriya Wijetunge, Director General of SUNFO and Member of the Asia Board of GCAP. The event was presided over by the Founder of Youth Parliament and Diana Award-winning International Youth Activist Mr. Sarkar Tanvir Ahmed Tanim. Also, General Secretary of Youth Parliament Mr. Bebak More,  Miss Sweta Majumdar, Head of Youth Parliament Women’s Wing and prominent social worker of West Bengal, India were present.
The program of the Youth Parliament started with the National Anthem of Bangladesh. At the said event, the documentary entitled “The Indomitable Journey to the Path of Progress” was screened to inspire the youth of the world by highlighting the long journey of the Youth Parliament and the context of the 1971 Liberation war of Bangladesh. The official website launch of Youth Parliament and the unveiling of the Youth Message magazine were held on the occasion of this foundation anniversary. Youths from around 18 countries participated in the event and shared their views and experiences.
This vibrant network was established in 2018 in Joypurhat District of Bangladesh for working to build the future generation of the National Parliament by engaging the youth in SDG-16 of the United Nations.