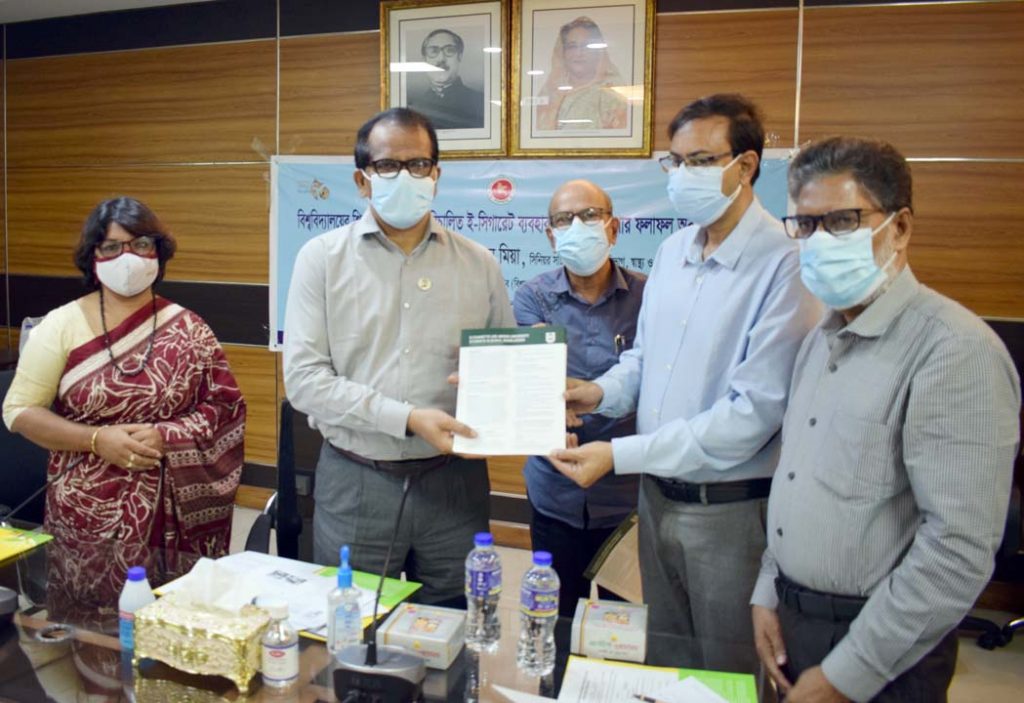 A meeting was held at noon on September 19 in the conference room of the Ministry of Health and Family Welfare to disseminate the results of the study on e-cigarette use conducted on University students of Dhaka city. The meeting was jointly organized by the National Tobacco Control Cell, Department of Health Services, MoHFW and Dhaka Ahsania Mission in collaboration with the Campaign for Tobacco-Free Kids (CTFK). The meeting was chaired by Kazi Jebunnesa Begum, Additional Secretary (World Health) and the chief guest was Lokman Hossain Mia, Senior Secretary of Health Services.

Lokman Hossain Mia, senior secretary of the health services department, said the health ministry has already taken some steps, such as a draft roadmap to build a tobacco-free Bangladesh. Hopefully, further initiatives will be taken to finalize it soon.

He added that the use of an emerging tobacco product called e-cigarette is increasing day by day which is alarming. E-cigarettes are just as harmful to health as conventional cigarettes. The law does not say anything directly about controlling this harmful product. So there is room to work on it. We will take into account the recommendations in the law to ban e-cigarettes.

Speaking on the occasion, Additional Secretary (World Health) Kazi Jebunnesa Begum said steps have been taken to update the existing Tobacco Control Act to make the country tobacco-free by 2040 as announced by the Hon’ble Prime Minister. The law is currently being amended. This will take into account the issue of banning e-cigarettes.
Hossain Ali Khandaker, coordinator (additional secretary) of the National Tobacco Control Cell, said there is no specific law in Bangladesh banning e-cigarettes or similar products. That is why the issue of banning e-cigarettes should be brought under the law.

Mostafizur Rahman, Lead Policy Advisor of Campaign for Tobacco-Free Kids said Bangladesh is dependent on imports of electronic cigarettes and all related items and has not yet started making or producing them. So it will be easy to ban it in this country and now is the right time to ban it by amending the law.

Iqbal Masud, director of the health and wash sector at Dhaka Ahsania Mission, said e-cigarettes are a symbol of style and nobility for many young people. And since young people are largely dependent on online, the availability of tobacco products online will encourage them to use e-cigarettes. That is why e-cigarettes should be banned by law.