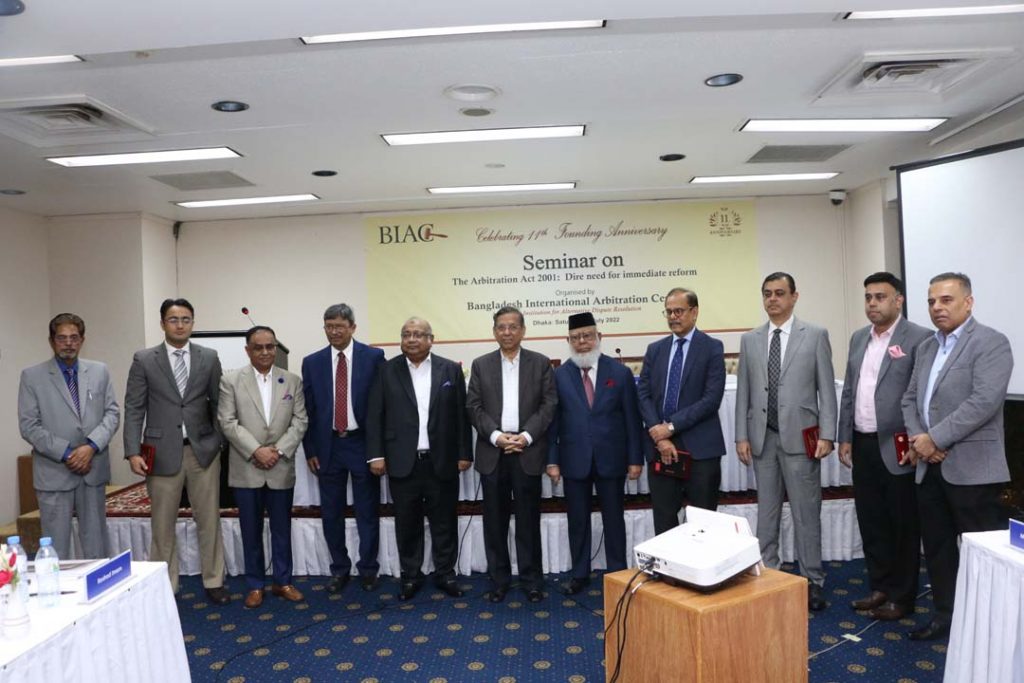 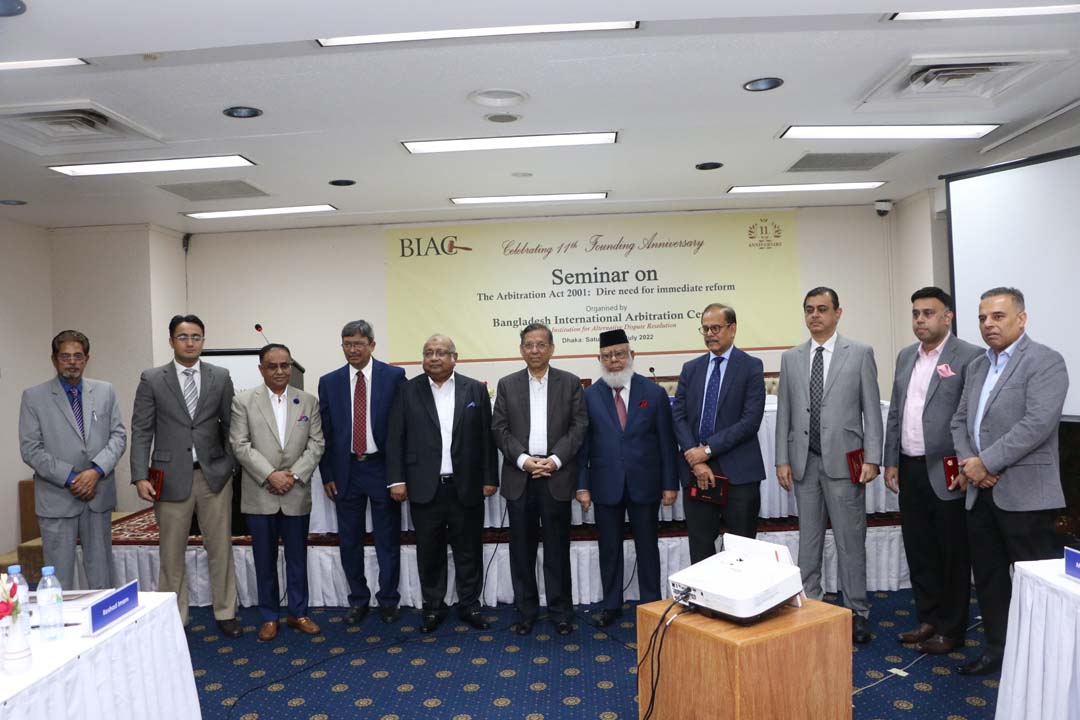 Speaking on the occasion as the Chief Guest, the Law, Justice and Parliamentary Affairs Minister Anisul Huq, MP mentioned that the Government welcomes the fundamental recommendations suggested for the necessary amendments of the relative Sections of the Arbitration Act 2001 in order to create a more ADR-friendly business environment.

Mahbubur Rahman, Chairman, BIAC in his concluding remarks said that adopting the ADR system would significantly help resolve financial disputes and enforce contracts in an expeditious and cost-effective manner.

BIAC’s Chief Executive Officer, Kaiser A. Chowdhury gave a brief account of BIAC’s activities and achievements and emphasized removing the existing impediments in the Arbitration Act 2001 in order to make ADR a supportive and effective partner of the judicial system.

Barrister Reshad Imam, who was the key-note speaker at the Seminar, highlighted in his presentation the need for amendments in the Arbitration Act 2001 since Alternative Dispute Resolution (“ADR”), Arbitration, in particular, provides a forum for the Parties to resolve their disputes in a speedy and cost-effective manner; the amendments would also pave the way to ease the burden on the Courts.

Amongst the distinguished panel of discussants at the Seminar were former Justice Abdus Salam Mamun, Supreme Court of Bangladesh, Ajmalul Hossain QC, Supreme Court of Bangladesh, Md. Saiful Islam, President of MCCI, Selim R.F. Hussain, Chairman of Association of Bankers, Bangladesh Limited and Dr. M. Masrur Reaz, Chairman of Policy Exchange of Bangladesh. In course of deliberations, they identified the shortcomings of the existing Arbitration Act 2001 and made valuable recommendations for suitable amendments within the Act in order to popularise ADR in Bangladesh.

Muhammad A. (Rumee) Ali, Vice Chairman of BIAC Board along with other members Kutubuddin Ahmed and Osama Taseer of the BIAC Board attended the seminar. Amongst the other attendees were distinguished former Chief Justice, Justice, business leaders, prominent lawyers, representatives of corporate houses, Government officials, senior executives of banks and insurance companies, academicians and the Media.

The event went on air LIVE on BIAC’s FACEBOOK page and LinkedIn profile.