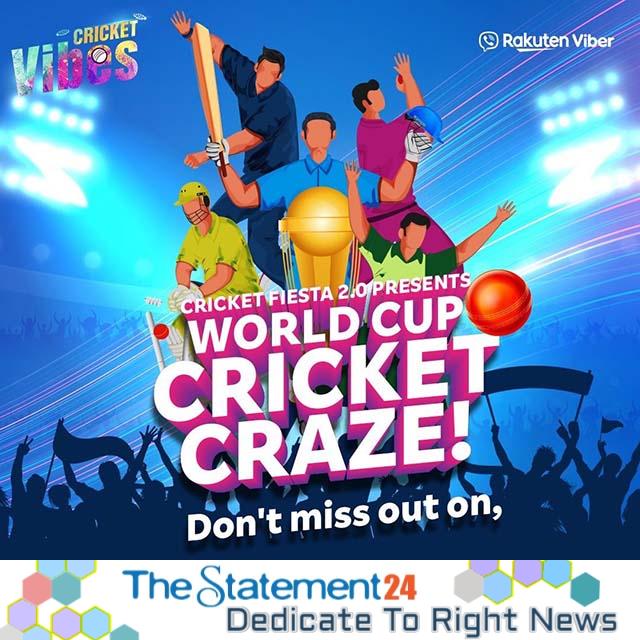 Rakuten Viber has been consistent in supporting the Cricket industry for the past two years. The app is ready to boost Cricket Fiesta and bring excitement to the fans. As part of the campaign, the messaging app launches its much-awaited Cricket Superbot, along with a slate of interactive games. The new Superbot is an automated feature that will be a part of the Cricket Vibes Channel.

One particular contest titled “Prediction” will allow fans to guess how the entire game will take place from the first toss to team scores and match winner. The top 3 fans from Sri Lanka, Nepal, Bangladesh, and India with the highest accumulated scores by the end of the tournament will win exciting rewards from Viber.

Users can also play virtual Cricket Games and score runs from the comfort of their own homes. For the entire duration of the Cricket World Cup, they can feel like their favorite cricketers and hit a ball via the Cricket Superbot—just as they would in an actual match.

David Tse, Senior Director for APAC at Rakuten Viber said, “We had such great success in our first Cricket Fiesta that doubling down this second year was an easy decision. Last year’s events were received by fans with great enthusiasm, so we’ve decided to make things bigger and better this year with the Cricket Superbot. It’s a great addition to our already stellar line-up of events and we look forward to celebrating this exciting tournament with the Cricket Channel this year, and hopefully, in the years to come.”

Regarding the campaign former Sri Lankan Cricket Player Lasith Malinga said, “I’ve never experienced anything like this from a messaging app before. I think that just shows how much they care about and take interest in their users’ passions. I hope that the fans will enjoy the games and activities they have laid out for them in the next month.”
Viber’s Cricket World Cup 2022 campaign also features other events like custom Lenses, sticker packs, Cricket Fixtures in the Cricket Vibes Channel, and Cricket Talks. Fans can now enjoy Cricket Superbot and celebrate the World Cup virtually together with all the other Cricket fans!