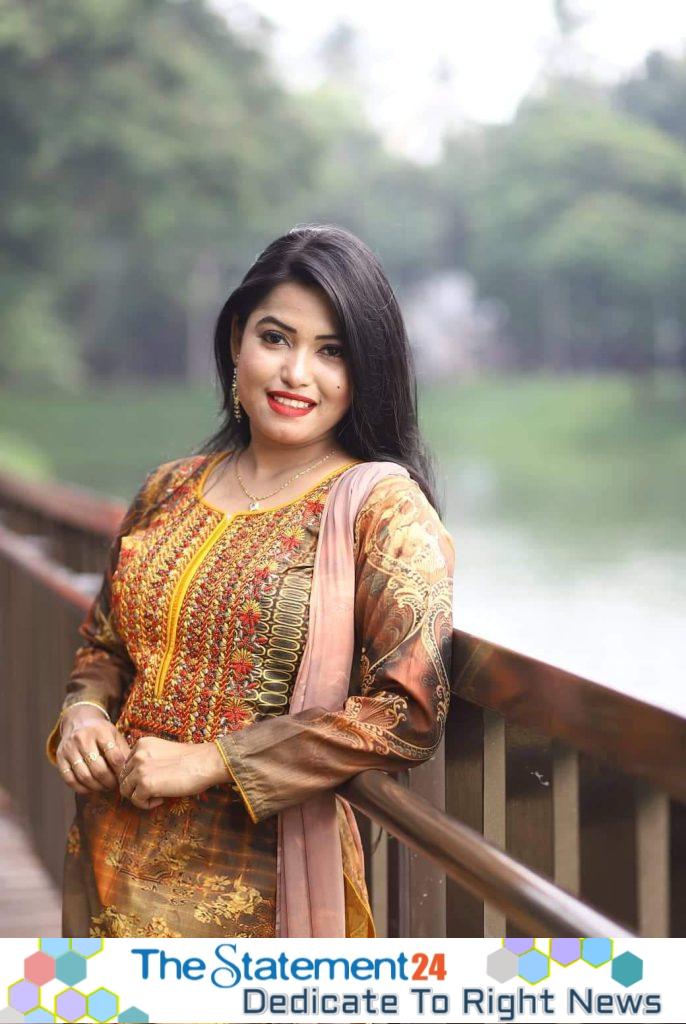 Popular singer Sabina Yasmin’s popular song “Tomaro Duniya Dakhiya Shuniya” was sung by this generation’s vocalist and actress Rubina Alamgir. She also recently finished filming the scenes of this song, recorded in her own voice, in several beautiful locations of the capital. The music video of this song, which was shot in beautiful locations including Ramna Park, Shilpakala Academy, has also been modeled by the artist herself.The singer and actress, who is committed to singing this popular song of the legendary singer Sabina Yasmin in her own voice, said that my love and affection for Sabina Yasmin led me to the world of music from a very young age. Music is a serious subject of study and practice. Due to which I have placed music in the place of my liking and love since childhood. Favorite singer Sabina Yasmin’s passion for singing is my long-time dream. My audience will judge how much I can sing.However, it is quite a feat for a puny person like me to sing the songs of a virtuoso artiste of such stature. She is my idol in music. And everyone follows Their idol. The song will be released on my own YouTube channel on the upcoming Durga Puja. I am waiting to see how much the audience accepts the song, how much response I get. However, if I get the love and support of the audience, I hope to move forward with my career.In addition to the music video of the song “Tomaro Duniyay Dhikhya Shuniya” in Pooja, three more music videos of Rubina Alamgir and two films titled “Baaji” and “Kabi” are awaiting release. Rubina said that before this she published 2 songs written and sung and acted in addition to 4 more songs sung and acted in her own voice. And one more music video and two movies with the title song “Rupganjher Rubina” are waiting to be released. Apart from this, several works are being talked about.In the context of the talk, Rubina said, I want to advance my career through a few quality jobs rather than many low-quality jobs. I did not come to be a star, I came to be an artist. Because the star falls after a certain period of time. But the artist remains forever. A lot of work is not done because one does not want to be swept away by the tide of tradition. But I believe that quality can make anyone reach his or her desired goal. And living with that belief and dreaming with that belief.