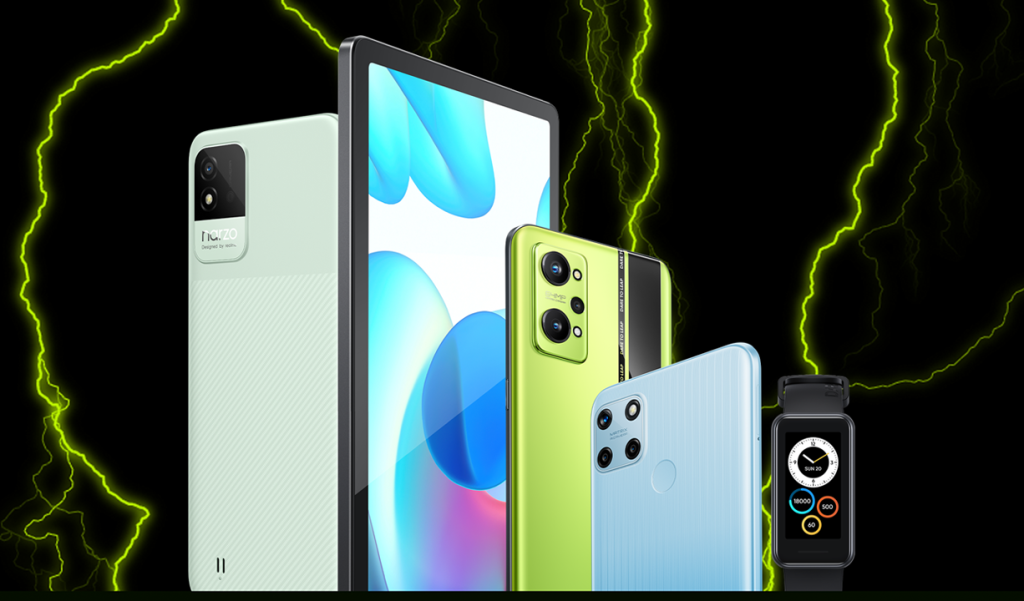 Youth-favorite smartphone brand realme is all set to launch a new flagship phone from its GT Series – realme GT NEO 2, along with two new smartphones – narzo 50i and realme C25Y on 8 November 2021 through an online launch event. Along with these, two other devices, namely realme Pad and realme Band 2, will also be released. To participate in the live launch event, click this link: https://event.realme.com/bd/neoborn/realmegtneo/

After receiving huge response from GT Master Edition, realme will be launching another flagship from its GT Series – realme GT NEO 2 – to cater to the needs of smartphone users. Powered by Qualcomm Snapdragon 870 5G processor and 120Hz refresh rate, GT NEO 2 will deliver smooth and sustained smartphone experience for the users. Inspired from the colors of the sunrise, the design of this phone has been developed, which looks so spectacular.

Another phone narzo 50i is an all-rounder smartphone that will ensure powerful performance for the users. Powered by an octa-core 1.6 GHz processor and 5000mAh high-capacity battery, this phone is perfect for heavy usage and faster gaming.

Another phone realme C25Y will also be released in the market for the tech-savvy youth. Equipped with a 5000mAh mega battery and 18W quick charge, this is a phone for those who want an uninterrupted smartphone experience. It also boasts a 50MP AI triple camera and an 8MP selfie camera.

Apart from these, realme will also launch lifestyle devices such as realme Pad and realme Band 2, which come packed with lots of lucrative features. Users can add value to their lifestyle through these devices.

realme is developing a diverse portfolio of 5G products with an aim to offer 100 million 5G phones in the next three years to young users. Besides affordable 5G phones, realme will also bring more AIoT products to young consumers as realme has entered AIoT 2.0 development phase with its advanced ‘1+5+T’ strategy. According to Canalys, realme became the top 1 smartphone maker in Bangladesh during Q2, 2021. realme has also become a top 6 smartphone vendor in the global rankings, according to Counterpoint research.