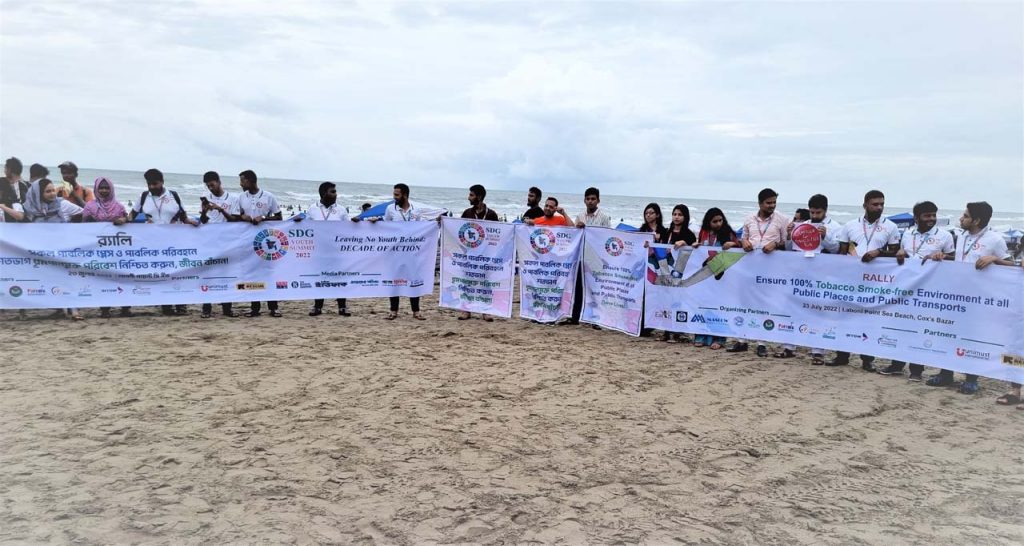 With the demand for ensuring a 100 percent tobacco smoke-free environment in public places and public transport, a rally was held today (23 July 2022, Saturday) at the Sugandha Point of Cox’s Bazar Sea Beach. The rally, organized with support from Campaign for Tobacco-free Kids (CTFK), was a part of the first day of activities of the two-day SDG Youth Summit 2022 event. Around three hundred youths, including students, participated in the rally.

In speeches delivered following the rally, speakers said, second-hand smoke causes death. According to the Global Adult Tobacco Survey (GATS) 2017, 42.7 percent of the adult population who work in indoor workplaces (8.1 million people in number) fall victim to passive smoking and another 24 percent of adults (25 million in number) who use public transport get exposed to such smoke. Another study has revealed that 95 percent of school-going children of Dhaka city have a higher level of nicotine in their saliva which is undoubtedly a result of passive smoking. Nearly 61,000 children fall ill every year due to health complications caused by exposure to passive smoking.