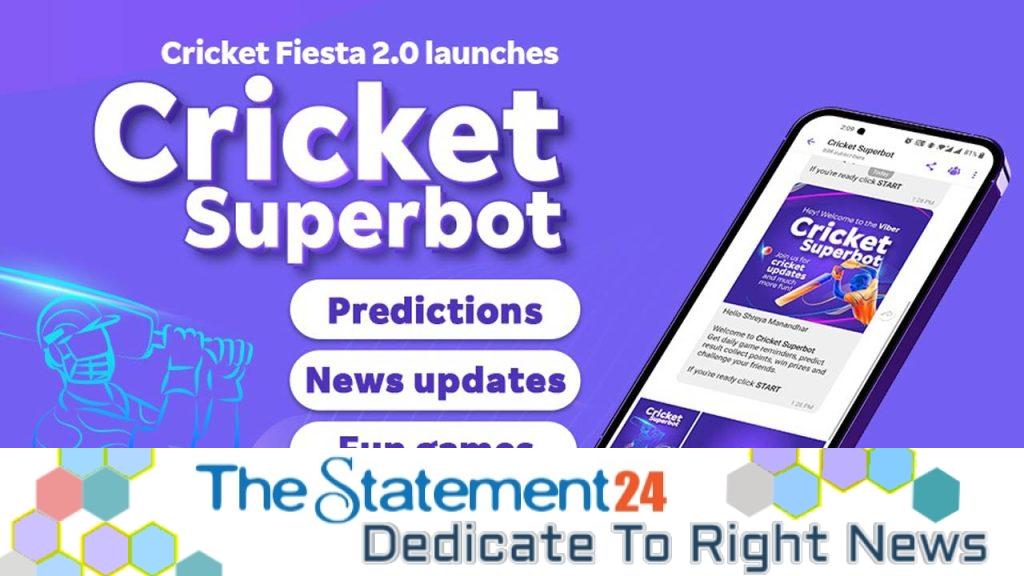 Rakuten Viber is back with the ‘Cricket Fiesta’ ahead of Asia and World Cup 2022, comprising fun activities including Cricket Asia Cup Quiz, Cricket Vibes Channel takeovers, special Cricket Talks episodes, and the launch of the much-awaited Cricket Superbot!

Rakuten Viber is all set to give cricket fans a one-of-a-kind experience with a range of fun activities until the end of this year. As the messaging app solidifies its mark in Bangladesh’s favorite sport with the Cricket Vibes Channel, Viber is also scheduled to have more episodes of Cricket Talks, engaging fan quizzes and the launch of Cricket Superbot. The new Superbot is an automated feature that will soon be added to the channel where fans can enjoy Cricket Fixtures, which gives members a first look at upcoming cricket games, live updates, match predictions and more.

To keep the excitement going, cricket fans will be having a monthly competition on Cricket Superbot. Starting from September, fans can earn and accumulate points by answering cricket trivia questions correctly. By the end of the month, the top 10 fans with the highest scores will win cash vouchers! This is not the first time that Viber has launched multiple campaigns to support cricket in Bangladesh. Earlier this year, cricket fans got to watch a live stadium match between Sri Lanka and Australia with the help of Viber and Dialog.

In this regard, David Tse, Senior Director for APAC, Rakuten Viber, said, “Our previous cricket campaigns were successful and it has inspired us to continue giving fans exciting activities and features through collaborations like this. Seeing how they react and support their teams and favorite players not only proves how dedicated they are to the sport but also proves how passionate the Bangladeshis are. It’s things like that which keep us motivated to innovate and introduce more sticker packs, lenses, special Channel segments, and more. To witness this fanbase grow is beautiful and we are honored to be a part of it.”

With the anticipation of Cricket Asia and the upcoming World Cup in the air, Viber continues to go the extra mile by having experts take over the Cricket Vibes Channel to discuss predictions and post-game results and performances. For example, on August 20, 2022, fan-favorites Farveez Maharoof and Ariful Roney sat down with Bangladeshi cricketer Taskin Ahmed for an exclusive episode of Cricket Talks. Channel members can also expect left-handed batsman Bhanuka Rajapaksa to guest star on an upcoming episode of the Channel segment soon.