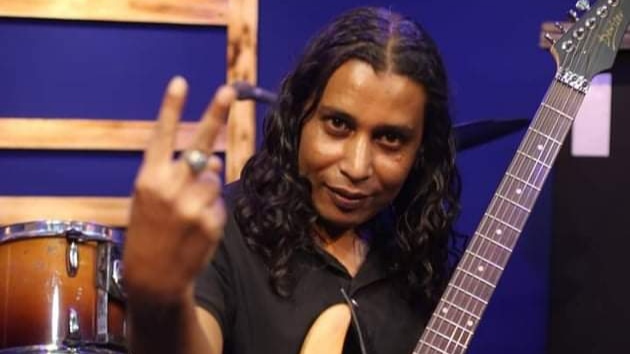 As Nahid said, “I inspired by my parents, I played guitar with different bands in Chittagong. My first band was Jacksus Then I played with Revel, Dream Touch and Suaev.”

After playing guitar for a long time he started developing himself in composition. With that flow he released his first solo album named “Tomar Amar” in 2011 under the banner of R Vision. Even in 2018 CD Choice Music published his “Gyan Buddhi.”

Nahid said, “I was interested in playing music from a young age. My cousin Sajeed bhai, who was the founder of Souls, lived next door to me. I used to play music in his house through the window. And I used to listen their songs. But I didn’t understand all. B’cause they used to sing English number.

He added, “I wanted to listen to Bachchu Bhai’s songs and guitar playing. During the day of LRB band’s first program i was watching Bachchu Bhai’s two songs and performances. From that day I became a fan of Bachchu Bhai. Then my desire increased when I would play guitar like Bachchu Bhai. And I was wondering if it would be possible the day infuture.”