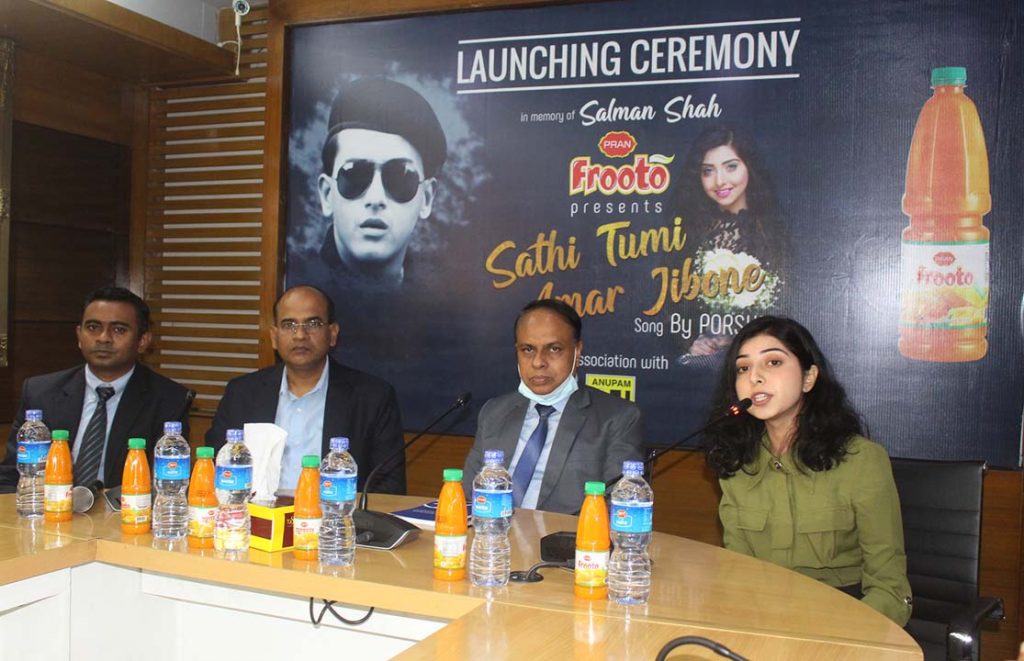 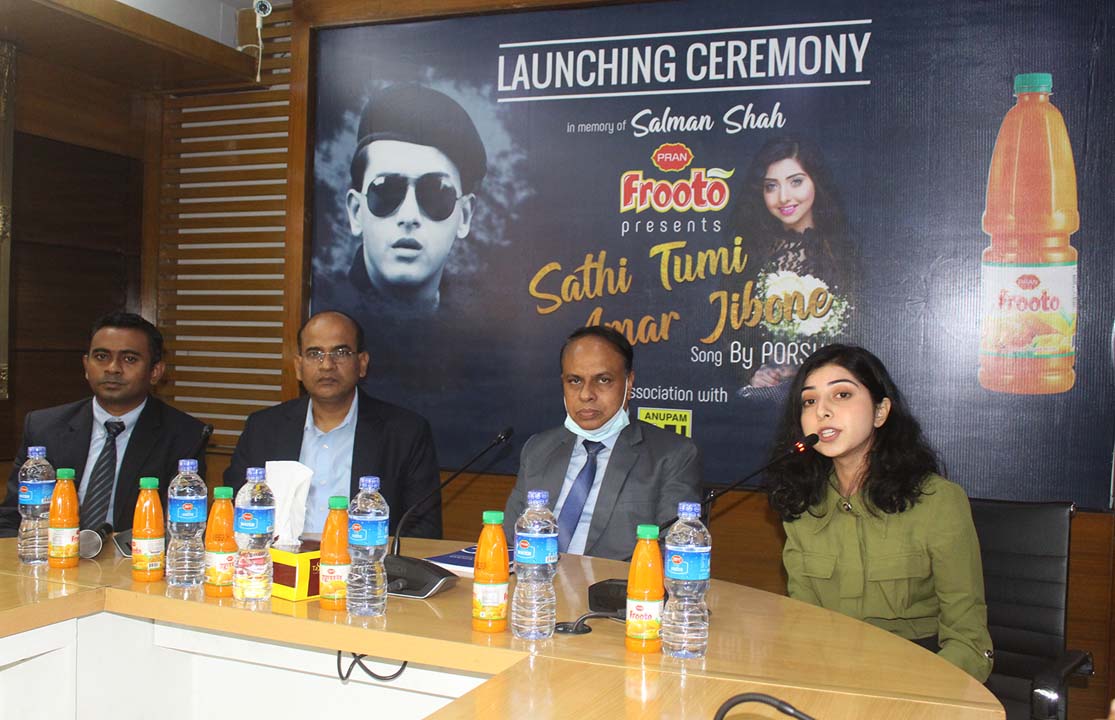 Salman shah is the legend of the Bangladesh film industry. The country’s leading fruit drink brand PRAN Frooto has sponsored the remake song ‘Sathi Tumi Amar Jibone’ to give him respect on his 25th death anniversary.

Sabrina Porshi is the singer and also performer of the music video and the song has been made and released under Anupam Music.

The song has been released on 6 September 2021 through a program held at the head office of PRAN Group at the capital’s Badda. Eleash Mridha, Managing Director at PRAN Group, Anisur Rahman, Executive Director at PRAN Frooto, Tanmoy Das, Head of Marketing and singer Porshi were present at the program.

Addressing the program, Eleash Mridha said, “Salman Shah is the legend of the Bangladesh film industry. The emotions and feelings of the people are attached to Salman Shah. It’s a great opportunity to do some activity on his death anniversary. So, PRAN Frooto has taken this initiative to make him popular among the young generation.”

Anisur Rahman, Executive Director at PRAN Frooto, said, “PRAN Frooto is the leading fruit drink brand in the local market. We are taking many initiatives for the young generation. I hope, this remake song will get popular among them. We are happy to take the initiative.”

Porshi said, “The song is already popular and it’s challenging to work on it. But I have tried and hope, it will be enjoyable to the listeners.”

‘Sathi Tumi Amar Jibone’ is the song of Salman Shah’s movie ‘Chawa Theke Pawa’ that was released in 1996. Khalid Hasan Milu and Kanak Chapa sing the song under the composition of Ahmed Imtiaz Bulbul.