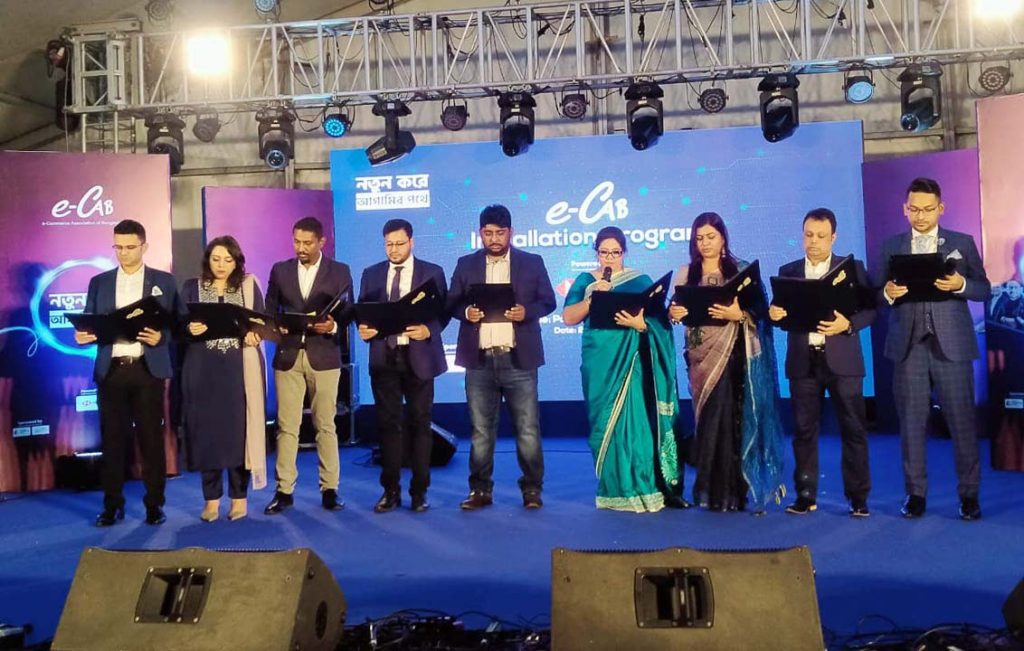 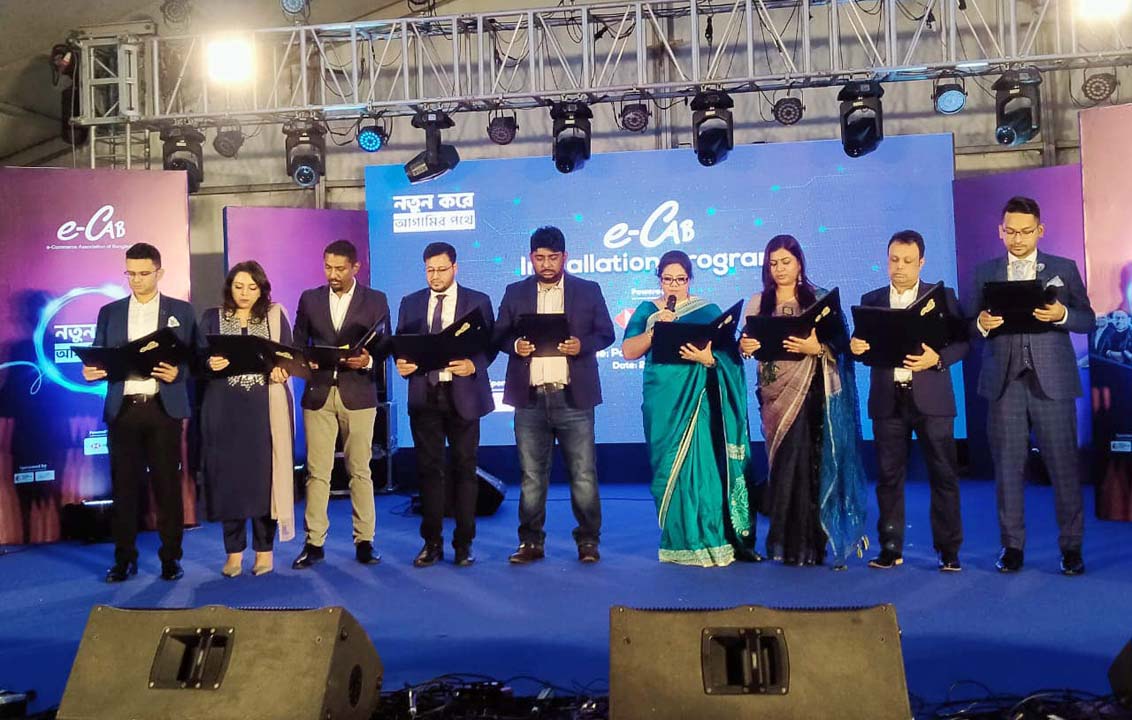 Before that, a cultural evening was presented and the Installation ceremony started with a minute’s silence to pay respect to the souls of all the martyrs in the liberation war, including Bangabandhu’s family, who were killed by the assassin’s bullets. At this stage, another advisor of the organization, Nahim Razzak, handed over the crest to the members of the executive committee of e-CAB for the year 2022-24. e-CAB general secretary Abdul Waheed Tamal delivered the welcome address on the occasion.

The Installation Ceremony started with the national anthem in unison. In the welcome speech, Salman F Rahman expressed his opinion that e-CAB has added a new dimension to the leadership of commercial organizations through a grand inauguration ceremony with all the members including the defeated candidates after winning the election.

He said, I have been involved with trade politics for a long time. In the metropolitan and Dhaka chambers, the seniors used to sit and select the leaders without holding elections until now. I started trade vote with FBCCI. But the matter becomes a challenge because of the grouping in trade policies of BGMEA. The way e-CAB is united today after the vote can be emulated by other trade bodies as well. And my door is always open to e-CAB for any advice or help.

Pointing out that it has been possible to meet people’s needs by keeping trade running through e-commerce during the Covid-19 pandemic, Commerce Minister Tipu Munshi promised to always stand by the current executive committee of e-CAB. He said, “I hope today’s electors keep the word they were elected. Then we can reach our goal. Traders in this sector will benefit.”

In the speech of the special guest, State Minister for ICT Zunaid Ahmed Palak said that e-commerce was the lifeline of trade during the Pandemic. To eliminate the crisis that was created at that time, under the direction of the Prime Minister, we have already launched the escrow service under the supervision of Bank Asia. Now any bank can create this opportunity. Already the registration work has started in DBID. And within a few days, we will be able to restore confidence in e-commerce and stand on a strong foundation by offering a central complaint management system and an interoperable digital transaction platform. We shall donate 50 thousand taka to 300 e-commerce women entrepreneurs each on the birth anniversary of Bangamata Sheikh Fazilatunnesa Mujib on August 8.

e-CAB President Shomi Kaiser said that we will all work hand in hand, promising to build a local market creation ecosystem worth Tk. 40,000 crore to strengthen the Prime Minister’s hand to build a smart Bangladesh by fulfilling this duty. There will be no differences. We are going to start the work of Entrepreneur Academy. He said that on the 100 days and the anniversary of ECAB next November, the details of the fulfillment of the promises will be presented officially to all the members.