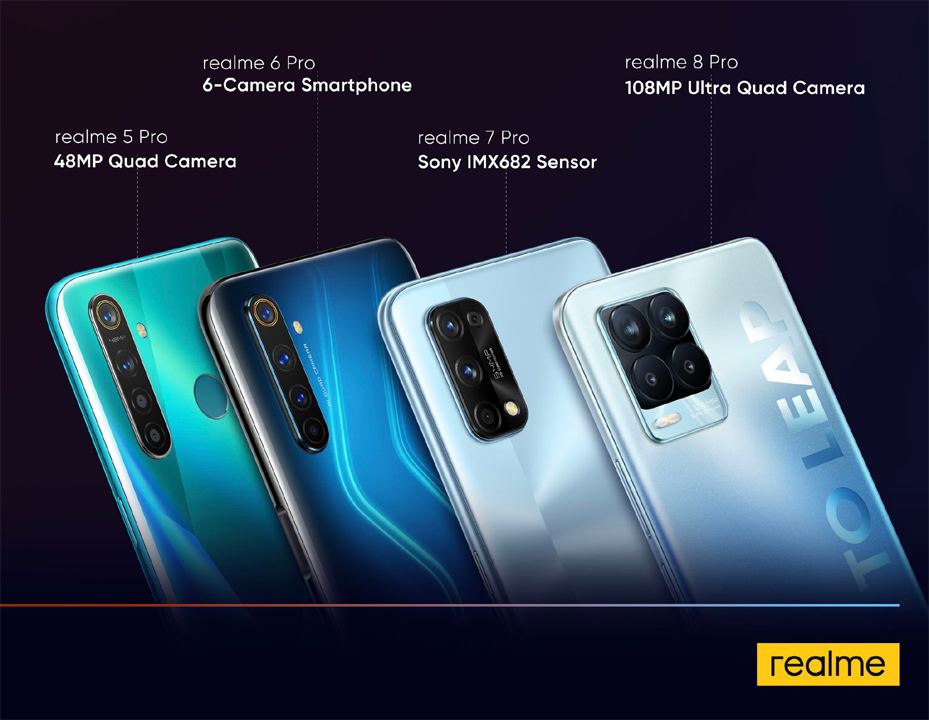 Youth-favorite brand realme is all geared up to launch new devices from its number series. The devices will be from number of series, presumably from the pro versions which are the hero models that are expected to launch. Earlier this year realme launched two phones from their 9 series, which got a very good response from the local market. Very recently, the sales of the realme Number series have reached 40 million units globally, entering the top ten best-selling smartphone series in the world.
The hero devices of the number series which have ‘Pro’ in their names are built with leap-forward technology in their camera and design. Most of these devices are the first in their segment to possess innovative technology to set them apart from their competitors. The realme 5 pro was the first to introduce 48MP, followed by 20X zoom in 6pro, Sony IMX 682 in 7 pro and 108MP in 8 pro which were all the first in their respective segments. realme always wants to give their users the opportunity to experience flagship features in their mid-range phones. All pro devices of the number series have the latest tech in their camera to deliver the best quality images and the realme 9 pro plus is also equipped with Sony IMX 766 OIS which is also the first in mid-range camera phones.
Both of the new number series’ devices are expected to be equipped with flagship-level features such as an outstanding camera, stunning design and strong battery. The smartphones are rumored to be powerful performers in the segment, with strong Processors. Very soon they will announce the name of the products and the launch date.
It is mentionable that realme is developing a diverse portfolio of 5G products with an aim to offer 100 million 5G phones in the next three years to young users. Besides affordable 5G phones, realme will also bring more AIoT products to young consumers as realme has entered AIoT 2.0 development phase with its advanced ‘1+5+T’ strategy.