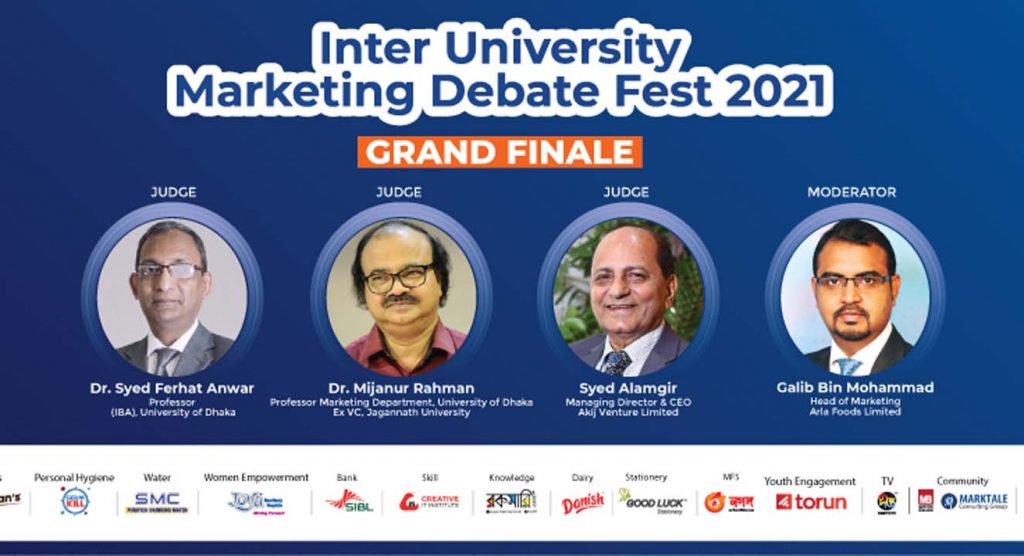 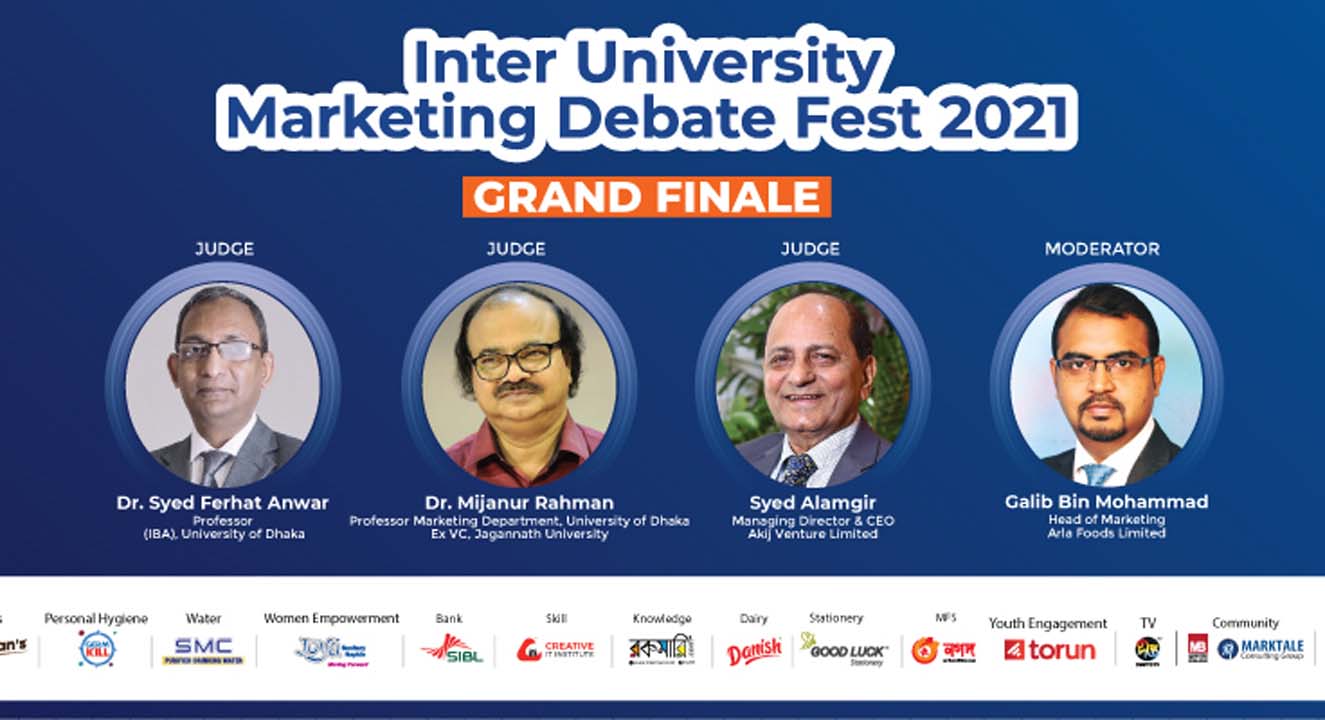 With a view to bridging the gap between corporate marketing professionals and young energizing students, Brand Practitioners Bangladesh took the initiative to launch an Inter-university Marketing debate Fest back in July 2021. The online debate competition, “SMC PLUS presents Inter-university Marketing Debate Fest powered by ISPAHANI & WALTON”, was inaugurated on 6th July and within a time span of 7 days, Brand Practitioners Bangladesh Had received 128 team registrations from over 43 public and private universities.

Besides such tremendous participation of the university students across the country, 90 marketing professionals joined as judges and moderators in this debate fest over time in a total number of 63 debates. The event received a maximum amount of reach via its social media channels and is considered widely as one of the biggest national-level debate fests ever arranged in Bangladesh, especially online.

The online debate fest was divided into 6 rounds where each round was knock out and with the proceeding of each round, the total number of teams were depleted into half from 64 to 32 teams, 32 to 16 teams, 16 to 8 teams and it went on until two finalists were picked for the ultimate grand finale round. Creating a significant amount of hype, the grand finale of the debate fest took place on 18th September 2021. The jury panel of the grand finale consisted of Syed Alamgir who is the MD & CEO of Akij Venture ltd, Dr. Syed Ferhat Anwar who has been serving as the Professor of IBA- the University of Dhaka, Dr. Mijanur Rahman who is currently working as the Professor of Marketing Department at the University of Dhaka and lastly the head of marketing of Arla foods, Galib Bin Mohammad, who moderated the grand finale. After an intensive 1.30 hour of debate between the two finalists: SMC Levi Squad from Institute of Business Administration – Jahangirnagar University and Team Buzz from Bangabandhu Sheikh Mujibur Rahman Agricultural University, Team Buzz Won the Title becoming the first-ever champion of the first season of the Inter-University Debate Fest. Team SMC Levi Squad was announced to be the runners-up team. Nazmus Sakib, the team leader of the runners-up team was given the prestige to be the man of the debate series of this debate fest.

The Champion team is announced to get BDT 50, 000 and the Runners up is announced to get BDT 30,000 in total whereas the semifinalist teams who got knocked out in the semifinal will receive 10,000 TK each. The motion of the Grand Finale was “The objective of marketing should serve the society rather than the profit maximization” where SMC Levi Squad was on the supporting side and Team buzz was on the Opposing side. All the judges put on their valuable feedback and evaluation regarding the performance of the team and encouraged Brand Practitioners Bangladesh to arrange more of these programs that actually make an impact on the community overall.

Brand Practitioners Bangladesh is a focused group community where brand personnel discusses brand-related topics, issues, theories, promotions, media, research, digital, jobs and many more hot topics all together with a vision to Increase inter-relationship among brand practitioners for better branding in Bangladesh.