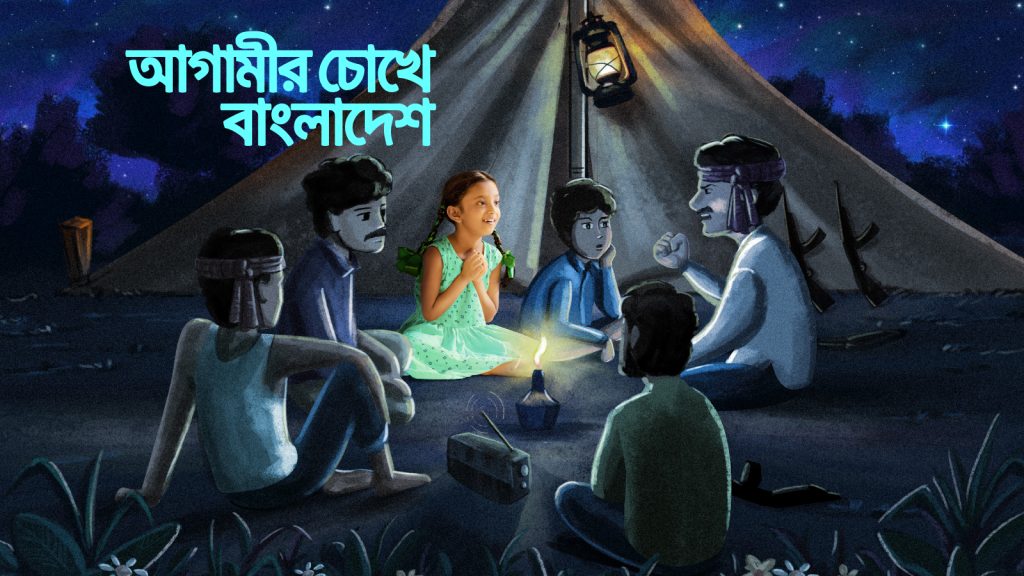 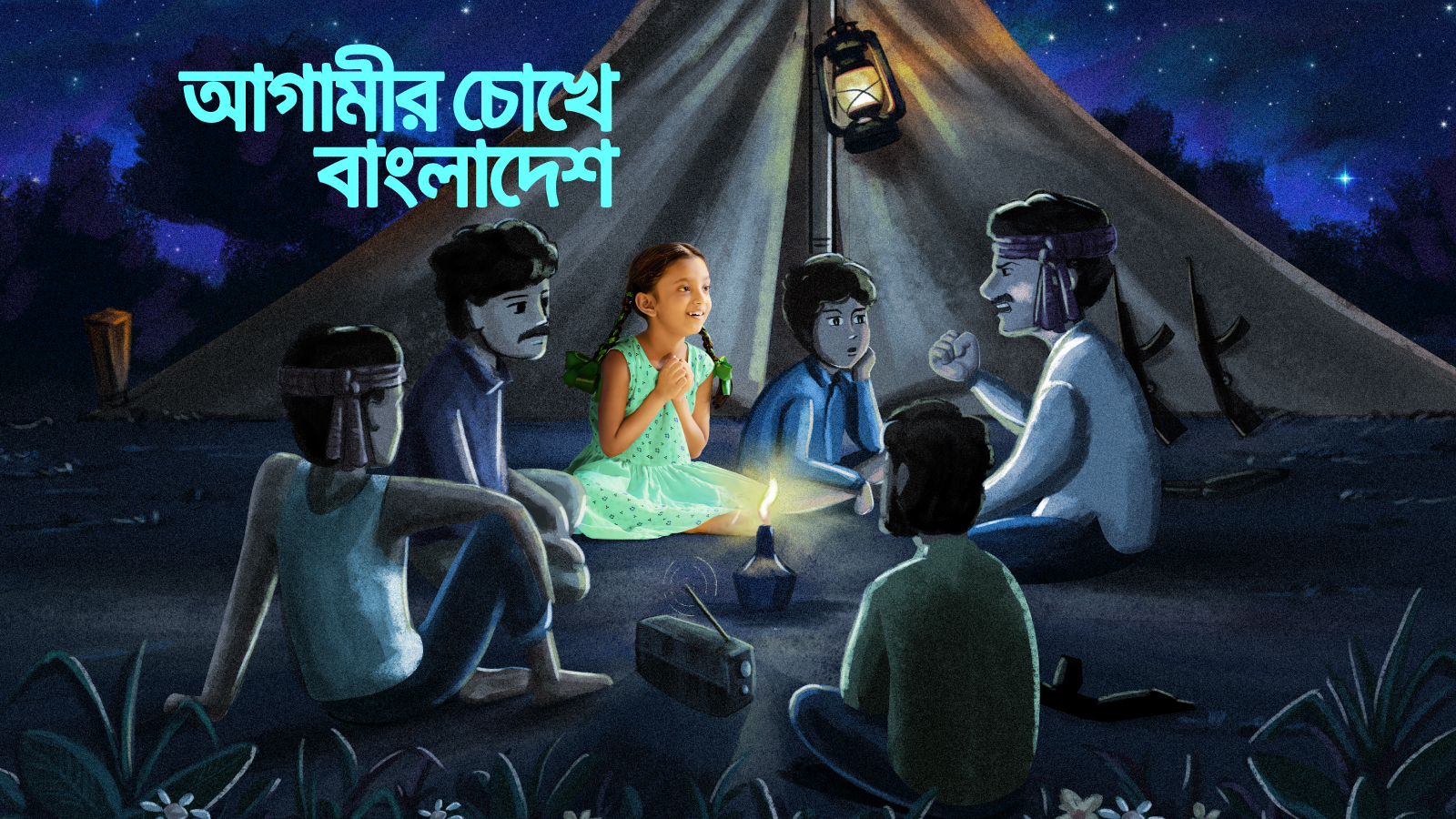 Centering the glorious occasion of the nation’s 50th Victory Day, Grameenphone is set to launch a digital animated story series titled ‘Agamir Chokhe Bangladesh’ on its official YouTube channel and other digital platforms. Launching on December 15, 2021, the platform aims to inspire the future generations of Bangladesh regarding the values and integrity of its independence.
To pivot the history of Bangladesh’s liberation war as a source of courage for the pioneers of tomorrow, Grameenphone has taken the initiative to build a digital collection of stories based on true and unforgettable events of 1971 and present them to today’s children. As a part of Grameenphone’s social commitment to the nation, ‘Agamir Chokhe Bangladesh’ aims to empower the next generations with real stories of bravery, kindness, leadership, etc. The series captures and tells the stories of the barbarous nine-month-long war and the heroic spirit of our liberation warriors in a suitable and appropriate manner for children.
Mohammad Sajjad Hasib, CMO, Grameenphone said, “What a remarkable legacy and example of fearlessness has been etched in history by our valiant freedom fighters. There are many learnings and stories that are hidden in our liberation war history which can enlighten our future generation and guide them to navigate obstacles and win over the battles in life. Our achievements over the past 50 years sets the direction on which we are building our nation. It is imperative to instill the values of independence, among the youth and this initiative is just our small effort to do exactly that.”
“We are hopeful that through our ‘Agamir Chokhe Bangladesh’ campaign, children will learn, know, and understand the heroic stories of patriotism which will empower our children and teach them to love their nation. As we mark the nation’s golden jubilee, let us all spread love for the nation in this month of victory in the generations to come. It is our solemn responsibility to collectively teach our future generations about the bloodstained struggle for national sovereignty,” he said.
Besides the launch of the animated series, Grameenphone has also unveiled the colossal painting, titled ‘Shadhinotar 50 Bochor,’ at the GPHouse. Done by eminent artist Hashem Khan, the painting shall elevate the aura of liberty and independence among the guests and officials at Grameenphone. On the same day, Grameenphone also declared that they are going to hold a children’s painting competition to celebrate Victory Day. The ‘Hashem Khan Painting Competition with Prothom Alo’ shall take place on 12-16 December 2021, where children aged from 3 to 12 can participate and illustrate their imagination of how they see Bangladesh in paintings.