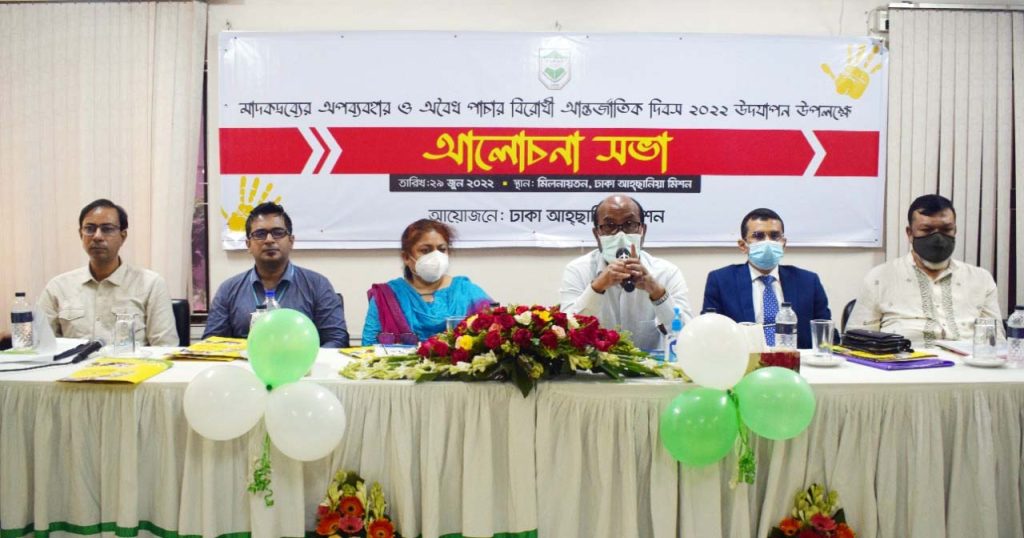 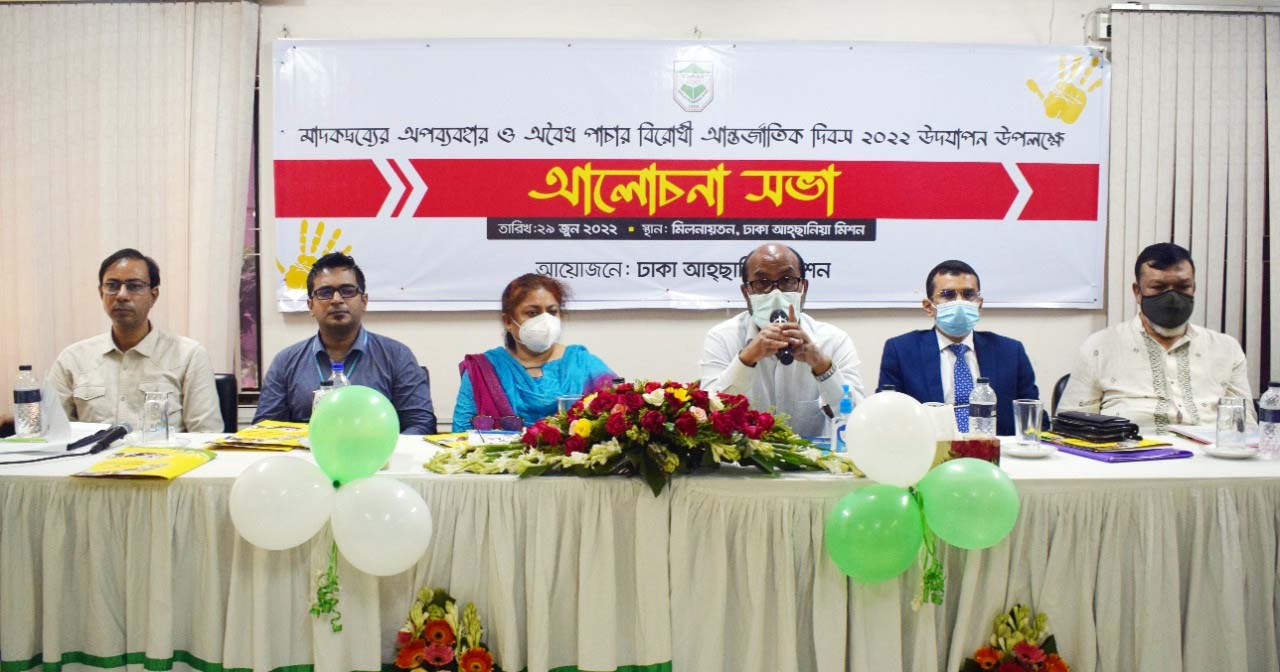 Would not be possible to achieve SDG if we fail to control drugs, said, Md. Azizul Islam, Director General (Additional Responsibility), Additional Secretary, Department of Narcotics Control has requested everyone to step ahead of being the Chief Guest of the occasion. He said this in a discussion meeting, organized by Dhaka Ahsania Mission on Wednesday, June 29, 2022, at 11 am as part of observing International Day against Drug Abuse and Illicit Trafficking. The day is being observed this year along with the theme “Addressing drug challenges in health and humanitarian crises”. A very special theme declared this year to observe the day because we know, the challenged population who are difficult to reach and who need us most, like people in refugee camps and humanitarian settings; people at risk of being left behind as a result of the pandemic; and people facing barriers of stigma and discrimination and especially the youth and adolescent as well.

In the speech of Chief Guest, Md. Azizul Islam also said the department of Narcotics Control (DNC) has been working in three areas which include “harm reduction”, “demand reduction” and “supply reduction”, which, has also been working to create mass awareness as well as conducting seminars in division, district & Upazila level and also planning to expand the initiative at union level in future. We also will put more importance on building strong family further to prevent drug abuse, he said. The Chief guest, Md. Azizul Islam thanked Dhaka Ahsania Mission is organizing such a wonderfully effective program.

And besides Dr. Saima Khan, Country Director, UNAIDS, Bangladesh Country Office attended as Special Guest. The Police Super and Director, Oasis Drug Treatment and Mental Health Counseling Center, Dr. S. M. Shahidul Islam, (PPM) and Associate Professor, National Institute of Mental Health, Dr. Helal Uddin Ahmed were the speakers and Muhammad Nahyan, National Program Coordinator, UNODC presented the keynote which was focused on the importance of building strong family based upon the learning of a pilot project “Strong Family” implemented by Dhaka Ahsania Mission. He said, that the project started in Dhaka (Tajgaon) in 2019 but later it expanded to Cox’s Bazar targeting the Rohingya population.

The special guest, Dr. Saima Khan, Country Director of UNAIDS, said as the relapse rate is high after the drug treatment, in that case, intensive follow-up is one of the important factors to strengthen.

The Chairperson of the event, Professor, Kazi Shariful Alam said, supply will remain where there is the demand and he thanked all relevant along with the Department of Narcotics Control.